While compiling our BEST OF REYKJAVÍK list, we consulted with a large group of people from all around town. Some of them were very detailed in their preferences, and some of what they like about our fair city is very likely some of what you’ll like about it, once you try it out for yourself.
In that spirit, here are some excellent folks and their excellent thoughts on Reykjavík.

Ágúst Bent  Sigbertsson
Director/Musician
The Best Pizza: Gamla Smiðjan
Remember to ask for your toppings on top of the cheese, or your pepperoni will be buried under it. Icelanders be crazy, yo.
Best place to go to the bathroom whilst clubbing: Austur
The stalls are small and uncomfortable, but there are speakers in there. So you can do your business and do a little dance. Also, no one can hear your disgusting bowel movements over all the booming techno.
Best after-hours activity: Swimming in the pond
Everybody’s always doing it, it’s no big deal. Most locals jump in there at least once a night to freshen up. Iceland has the purest water in the world, you know.

Loji Höskuldsson
Musician
I love Reykjavík more than anything. It’s just the best city. It feels like a big city, but still everybody knows everybody.
I have three favourite neighbourhoods: Grandi, 104 Reykjavík and Breiðholt. I grew up in 104, so I connect it very much to my childhood. I went to school in Breiðholt, and got to know the place as a teenager, and then I play music in Grandi where I can be as loud as I want. It’s also the only place I can really connect with the sea. My favourite street is Hverfisgata in 101 Reykjavík. It has so much potential to be something. It’s like a hidden secret in Reykjavík. I like Ísbúð Vesturbæjar in Vesturbær. It’s the best ice cream store. Then there’s Kolaportið. It’s wonderful all the stuff you can buy there; all of my clothes are from there. Oh and one last thing, I like to admire the architecture in Reykjavík, especially in the Laugalækur neighbourhood.

Bóas Hallgrímsson
Musician/Teacher
The best places to take kids
10 Dropar: This coffehouse has it all; great colouring books, a nice staff and it’s generally just great fun. It doesn’t hurt that they serve real Icelandic pancakes rolled up in sugar, just the way grandma makes ‘em!
The Seltjarnarnes swimming pool: Not really in Reykjavík, but nonetheless one of the best ones out there. A good kiddie pool, nice hot tubs and a sauna. The slide is exemplary.
The Einar Jónsson museum and sculpture garden: It has so much to please the eyes. It’s a great spot for hide and seek when the art has been consumed, too.
Kolaportið: Folks might not agree on this, but I believe it’s important that children get to know the human spectrum. Kolaportið has a lot of colourful and fun items; toys in boxes, books on tables and fun people.
Heiðmörk: It has the Maríuhellar caves that are nice to look around in. A beautiful environment that’s good for all sorts of fun and games.
Fjölskyldu- og húsdýragarðurinn: This is rather basic. They have seals, rabbits, turkeys and sheep. And the science tent, where you can perform experiments and scream in a box!
Laundromat Café: Even though it’s not my favourite place, it has to be said that it is superbly child-friendly and fun! A lot of nice toys and books, and a nice children’s menu.

Hildur Knútsdóttir
Author/Copywriter
The best things about Reykjavík are…
The happy hours at all the bars!
How small it is (although it can be a real drag if you’re in that kind of mood).
Postal codes 101 and 107.
All the really cute kitties that aren’t afraid of begging for a little petting session.
My friends. 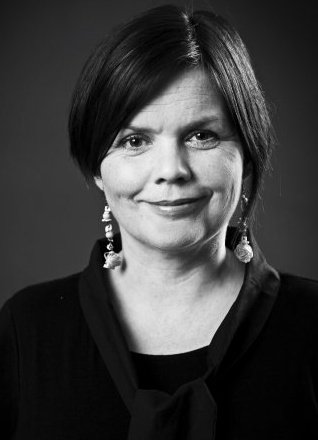 Anna Hildur  Hildibrandsdóttir
MD, Iceland Music  Export
I really like to go swimming in Reykjavík because I live in the UK and the pools here aren’t as nice. I especially like the Vesturbæjarlaug and Árbæjarlaug pools. Then I really like to go to  Café Rósenberg. It’s the best place to hang out and meet people, and the people that run the place make it so welcoming and cosy. Bíó Paradís is also great. It has a nice selection of films and the atmosphere is appealing.

Jón Gnarr
Mayor
The best place for a walk: The Old Cemetery
It’s really cosy because it’s not really windy. Taking a walk without being assaulted by the wind is always nice.
The best place to take a foreigner: The Reykjavík 871±2 exhibit
That underground museum in Aðalstræti. Going there had a profound effect on me. You could say I had a spiritual enlightenment there. When I visited, I had just returned from Trinity College, where I looked at the Book of Kells—and I—it’s hard to explain. It relates to our history and culture, and to downtown and city planning. It’s definitely where I’d take any foreign visitor.

Greg Barrett
Musician/Artist
I like the new city code that says that all landlords have to have someone occupy their buildings because previously wealthy landlords would leave their downtown building unoccupied and let them go to ruin. Now they’ll have to be put to use. That’s great. There’s also that knit graffiti. Someone is going around putting woollen things on lampposts. Some kind knitting graffiti artist. I really like that. What else? I like the high quality ‘nammi’ you can get at corner shops all over town.

Myrra Leifsdóttir
Artist
The best places to hang out with your children
Laugardalurinn: the entire region is a favourite of my son Eldur and I. We both go there for Tae Kwon Do practice, then we like to hang out in the Botanical Gardens and maybe have a picnic… Húsdýragarðurinn is also fun to visit, and then there’s the pool…
The harbour area: This is another favourite place of ours to visit. It has Sægreifinn and Café Haiti for sustenance, then we like to look at the ships and just wander around. Tryggvagata is right by there with the Reykjavík Art Museum, the library and Kolaportið… everything you need for a nice day out.
Sundhöll Reykjavíkur: This goes without saying. The hot tub is especially nice, because it has such a great massage feature.

Nanna Árnadóttir
Author/Student
Esja, the mountain that sort of watches over Reykjavík from the other side of the bay, is always a different colour. It depends on the day and the sunlight but the Esja can be pink, purple, white, black or slate, you name it. It’s like a game, “I wonder what colour the Esja will be today?” Every time I see it, no matter what it looks like, I get this massive soul-boner and it takes my breath away. Another thing I like is that bookstores are open late in Reykjavík, some are open until 10 pm and the staff doesn’t look at you funny when you sneak a book to a table and spend a few hours reading this novel or that. The problem with bookstores though is that they are like a time vortex, you go in and suddenly it’s an hour later. What’s that about?