So it turns out the old adage is true: there are more sheep than people in Iceland. Just check out the graph below.
There are some interesting anomalies to note in the graph however. Most prominently, the sudden plummet of the number of sheep in 1784, the only year where there were more human beings than sheep in the country (although only by a margin of 0.1%). This is mainly attributed to the eruption of Lakagígar from 1783 to 1785 which had disastrous effects on agriculture and wiped out most of the sheep population. Since Iceland at the time relied on the sheep so much for sustenance, it in turn took a toll on the human population as well. Maybe that eruption of Katla we‘re all waiting for will have the same effect! 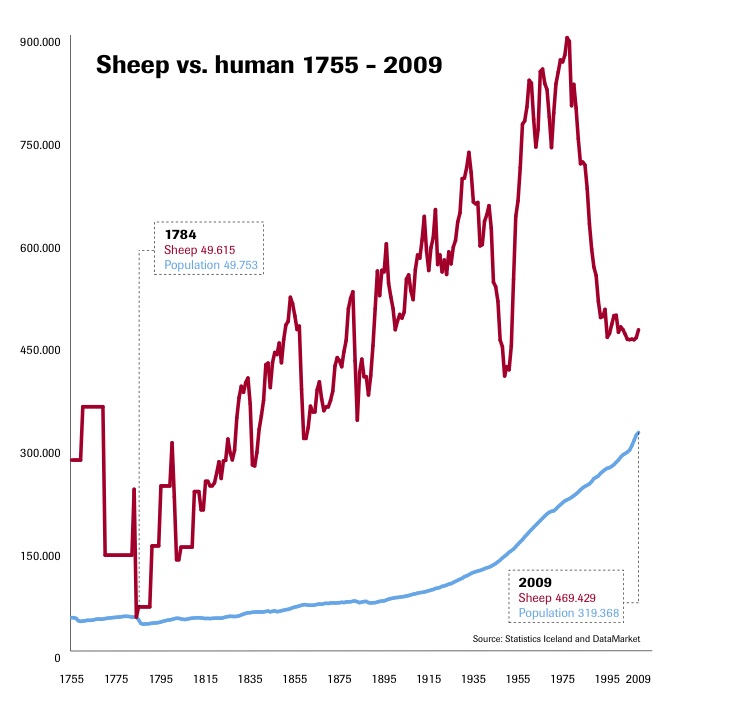