Lose Yourself To Swants

It takes a keen eye and a bold character to see a sweater as “sassy.” It takes scissors, a tapestry needle, some safety pins, waste yarn and eight simple steps to see a sassy sweater as sassy sweater pants. “Swants,” as they’ve been affectionately dubbed by their creator, 25-year-old knitting guru Stephen West, are both an essential article of clothing and a verb. Swants are a sweater, flipped upside down with your legs in the sleeves and a bit of cutting and stitching to tailor them into fitted pants. The act of making swants is “swantsing” and when you’ve got them on your gams it’s time to do Stephen’s “swants dance.”
“Everything about Swants makes you want to dance,” Stephen says. “They’re stretchy, they heat your legs, they’re comfortable, so they make your legs want to do articulated movements, like kicks and splits, definitely.” 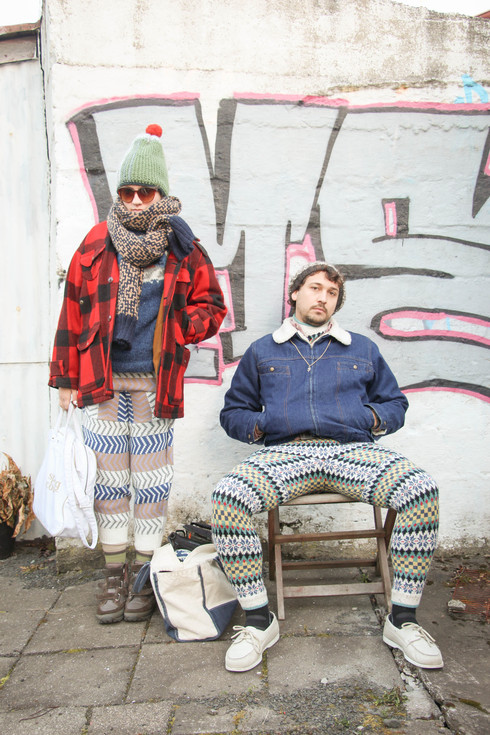 Photo by the Fun Squad
Step one: Take off your pants
Stephen was likely not the first person to stick his legs through sweater sleeves and wear them around like Indian Harbinger pants, but he was the first to sit for 12 hours cutting, stitching and developing a formula for tailored sweater pants. He posted the simple step-by-step instructions on his website westknits.com, and started making more of them himself, donning swants at coffee shops and even at night clubs in Amsterdam, his base city.
The formula allows for the average knitter, sewer or craft maven to make a pair of swants in about an hour. Stephen can crank out a pair in about 20-30 minutes now, and he estimates he has made 20 or more pairs for himself.
Through West Knits, Stephen sells knitting patterns and designs, and travels extensively teaching knitting workshops. His work has repeatedly brought him to Iceland, a Mecca of knitting culture and his favourite place in the world to visit. 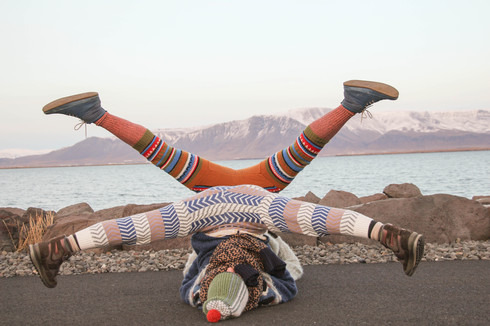 Photo by the Fun Squad
Swants dance if you want to
His most recent jaunt to Reykjavík was over last month’s Iceland Airwaves festival with two of his best friends, Kyli Kleven and Steve May. Together, the three of them are the Fun Squad and they make videos of themselves knitting, dancing and exploring. In Reykjavík, they made a swants dance video, a “Places Where You Can Knit: Reykjavík!” video and went around cat bombing a number of Reykjavik’s strays (Relax! Cat bombing is taking little knit bits and putting them on cats). While swants dancing, they were spotted by a CNN photographer who posted a picture of them on CNN’s website along with an article on “How to be a Reykjavíker.” Over the last month, swants have been featured on a morning news show in the U.S., on cosmopolitan.com and on the Fusion network. People from all over the world are sending Stephen photos of themselves in their swants, their swoveralls (sweater overalls) and their swonsies (a sweater onsie).
Cut of a different cloth
Dancing and knitting are stitched into Stephen’s everyday life. He went to university in both the United States and the Netherlands for choreography, but strayed from both to pursue his insatiable knitting habit. Swantsing and swants dancing have become the marriage of his two foremost passions.
Swants have spread particularly fast in the U.S., where Stephen says knitting trends are met with unmatched enthusiasm. It’s also where he’s received a trickle of laughable criticism for what a few see as destroying the sanctity of a beautifully made sweater. “Swants are about being sassy and confident and having fun,” he says, “and if those are things you can’t appreciate, then I just can’t have anything to do with you.”
Stephen prefers to make swants from sweaters that have wild patterns and bright colours, which, when worn in public, tend to attract wide eyes either in admiration or confusion. For those who don’t understand the desire to make such a bold statement with their pants, Steven offers that it’s about colouring the world how you’d like to see it. “You know, some people wake up and make the decision to wear khakis every day,” he says. 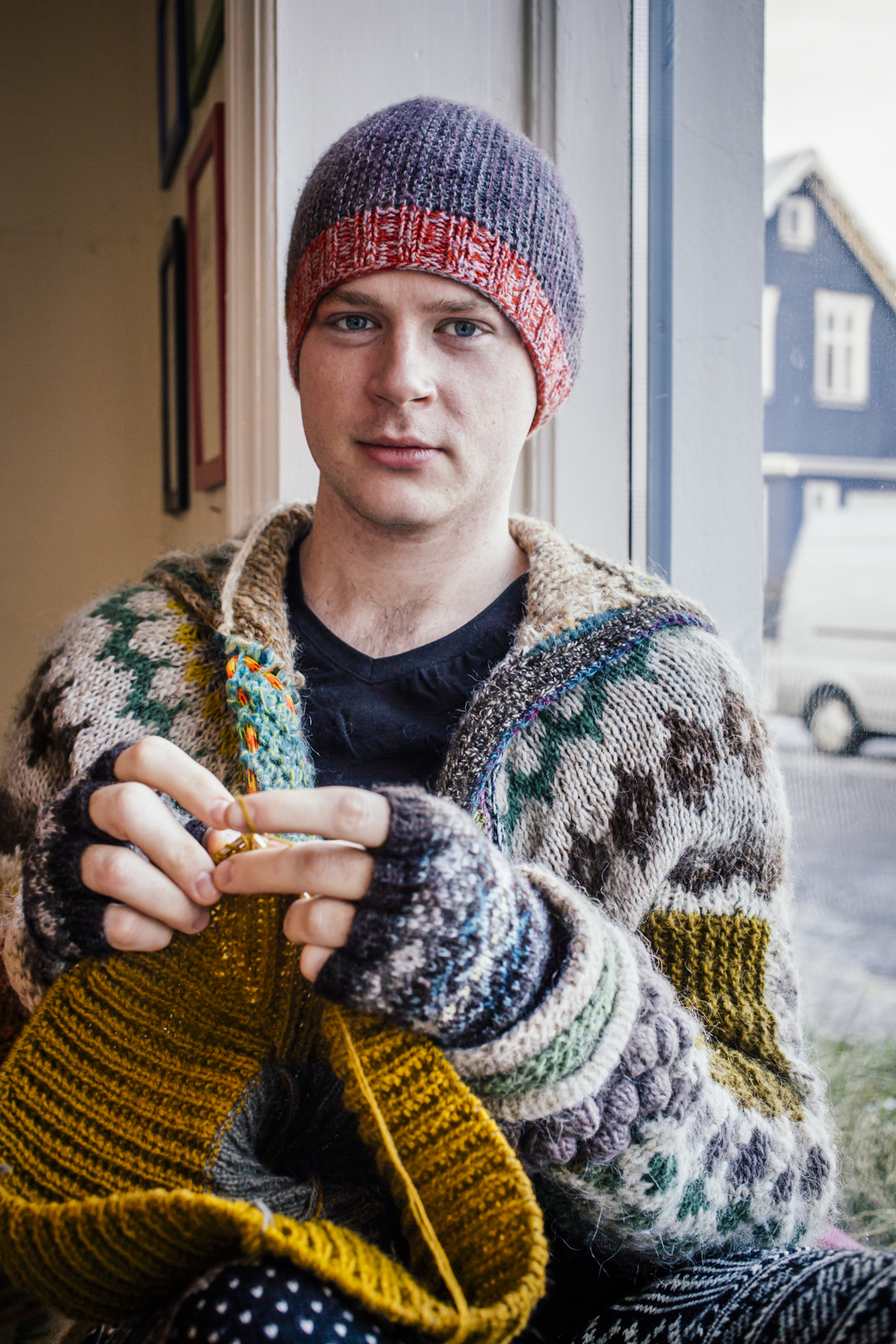 Stephen has no interest in making swants and selling them on a large scale. He claims he has neither the patience nor the mechanical focus it would take to make them en masse. Some of his friends in the U.S. are hoping to make and sell them at shops and online, but his mind is already running with new patterns to create, ideas to try out and places to cat bomb and swants dance. “I want to see a swakini [sweater bikini]; I want to see a sweedo [sweater Speedo],” he says enthusiastically. “There’s really no end to what can be made.”