An Animated Future
One of the Icelanders involved in making Future Of Hope is animator and graphic designer Una Lorenzen, who currently lives in New York City. She has studied both in Iceland and in America and has worked on many animated projects including music videos for the Bedroom Community. She contributed to the film by creating several short animated segments to highlight historical and informational aspects of the country that would have otherwise been a challenge to portray. 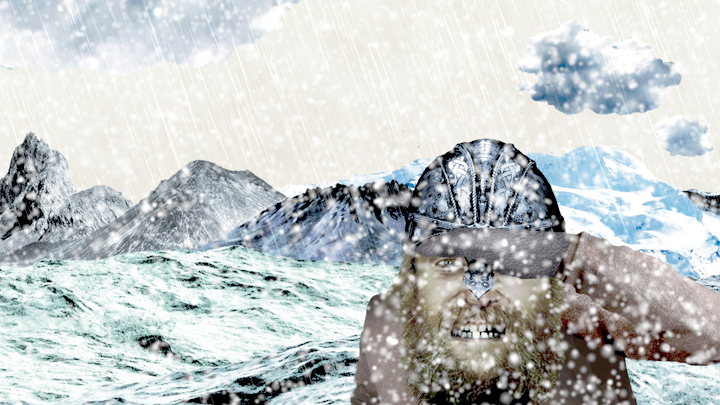 “The main thing I worked on was this three minute intro that showed the history of Iceland from the eruption of a volcano until the crash in 2008. Quite a big undertaking,” Una tells us. “They wanted to focus on the independence of Iceland and then of course the banking part. So we see the settlement and then the Danish come in, the British come in, the US come in, and all these natural disasters changing things as they go along. Then we shift into modern times with this greedy banker sitting there getting all the money.”
Part of the challenge was to portray Iceland as a role model in the worldwide economic collapse, while trying to remain realistic and neutral. “It got a bit shaky because of course it has a political element, but the point was just to show people that this is what happened,” says Una. “It’s like Iceland sprung from a volcano and then it was settled and then things happened and then the greedy bankers came!” The other animated segments served to highlight the various positive ideas brought forward throughout the documentary. 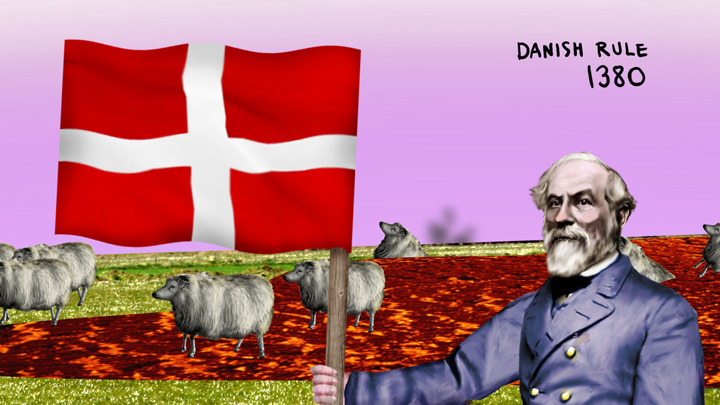 In order to put across some of the rather weighty issues, they chose to go with bold, quirky animations to lighten the mood. “With the intro being so politically sensitive,” she says, “using lots of fun colours makes it a bit easier to touch on delicate things.” Along with the film’s director, Henry Bateman, they went with a style similar to Terry Gilliam’s eponymous Monty Python animations. She also tried to make the process the least time-consuming as possible by gathering countless photographs, some that she shot and others from the internet and set about altering them, as well as using Photoshop to paint other images.
As for the drawbacks of animation in documentaries, Una simply couldn’t think of any other than time. “It’s the perfect tool. This is exactly what animation is so good for,” she says. “I don’t see how it could have been done any other way and I think that’s probably why he wanted it. And I am happy with them. I loved working on the film.”