For The Hikers: Four Fine Summits

From the hundreds of mountain hikes and climbs (both equipped and un-equipped) Iceland has to offer, I have chosen to spotlight four mountains that should be suitable for most hikers. The hikes are intended for the late spring to early autumn months, and range from the light Helgafell-outing close to Reykjavík to the more demanding hike to the summit of Kristínartindar in Vatnajökull National Park. The peaks are selected to represent mountains in West, East, North and South Iceland. All of them are portrayed in my guidebook to 100 peaks in Iceland, called ‘Summit,’ which was published by Uppheimar Publishing House in 2012. 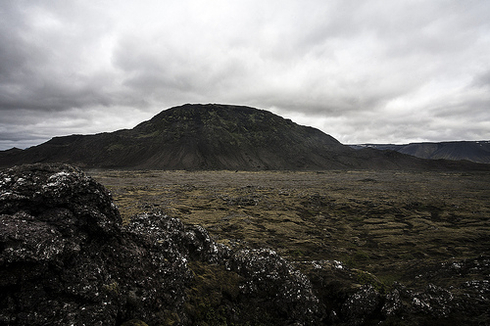 There are a few low mountains in Iceland named Helgafell (“Holy Mountain”). One possible explanation for the name’s popularity is that these mountains were consecrated or considered holy in the days of the old Nordic religion, perhaps because of their geographical position or other special attributes. The Icelandic male name Helgi could also have something to do with the name Helgafell, but the former explanation is probably more to the point.

Helgafell (338 m) is one of the many sub-glacially formed piles of volcanic rock found in Iceland, albeit one of the smaller ones. Such structures are very common within or adjacent to active volcanic zones and belts. Helgafell’s brownish, sandy tuff was once black basalt glass, consisting mainly of tephra from an explosive eruption tens of thousands of years ago under a relatively thin Ice Age glacier that covered the Reykjanes Peninsula.

Many different lava formations can be found while walking towards the mountain, especially west of it: small volcanic craters, plate lava (pahoehoe) and scoria lava. The walk towards the mountain is just as interesting as the ascent itself, and you may even decide to take a hike around Helgafell instead of—or in addition to—climbing the mountain. The summit is a gentle dome with a cairn and a small dyke, probably the feeder dyke of the ascending back once upon a time.


How to get there:

The road to Kaldársel from the old cemetery of Hafnarfjörður town (no number) ends at a waterworks reservoir. The trail from here is initially marked and leads eastwards across lava, gravel and fine sand. A cairn at the northeastern base of Helgafell (which looks like a dented upturned bowl) marks the beginning of the climb. The trail is steep at times and the fine scree soft. The going gets better on firmer tuff rock. Still visible in most places, the trail leads you to the top—you won’t need to pay much attention to the route. The views are fine, including those over urban areas and various volcanic features in the neighbourhood. It is possible to continue (with the aid of a few markers) over the summit and down the much steeper southern slopes. This requires good weather, sure-footed hiking and the will to turn around if you are unsure about the trail.


The ascent time should be around 90 minutes

The elevation difference is 260 m.


Þórðarhöfði: An island attached to land 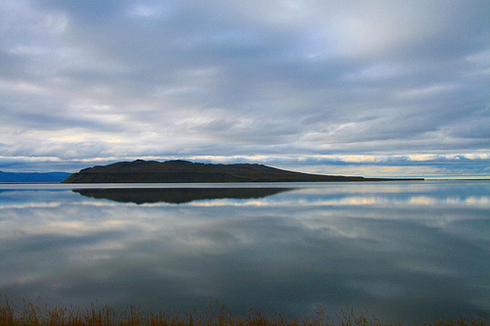 Let’s head north, to the wide fjord of Skagafjörður. The drive along the entire northern shores is very interesting. The road north of the small town of Hofsós directs you close to a bulky promontory, named Þórðarhöfði, after one of the first 9th century settlers in the area (find more info at www.visitskagafjordur.is).

Þórðarhöfði (202 m) is really an island. It got connected to the mainland through the build-up of two gravel and boulder ridges (berms), formed by the surf. It is situated opposite the de facto island Drangey, and not far from the other large island in the fjord, Málmey. The imposing 200-metre-high cliffs on the seaward side of Þórðarhöfði, which are more or less vertical, are a cross-section of lava and tuff rocks with intrusions. They show that Þórðarhöfði is a ruin of an early Ice Age volcanic formation like Drangey and Ketubjörg, found on the west coast of Skagafjörður. The outlines of a top crater are still visible. The landward slopes of Þórðarhöfði are gently angled and covered with various types of vegetation, the cliffs are a choice nesting site for seabirds.

Head north on Road 76, passing Lake Höfðavatn and the farm of Vatn en route. The Höfðamöl (northern) berm leads to the mountain, which should be ascended from the northeast along a marked path. The walk may become somewhat tedious, as the oval rocks are rather large. However, the grassy slopes provide easy ground. The summit is called Herkonuklettur; three conspicuous tuff rocks on the southern slope are said to be a church, store and house, belonging to elves. Despite this long-ish approach along a coarse gravel and boulder berm, the climb itself is easy and the view splendid. After the hike, try to visit one of the best countryside restaurants (and guesthouse) in Iceland, Lónkot (www.lonkot.is), which offers fine slow-food cooking.

The route’s distance is 4.5 km 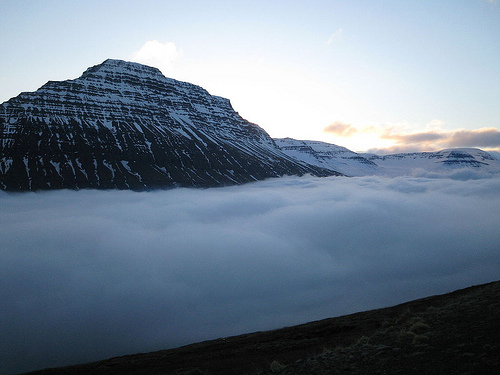 Our next stop is in the middle of the long array of fjords in East-Iceland. When in the pleasant town of Eskifjörður, your eyes will surely be drawn to the high pyramid-like rock face on opposite side of the fjord. It would make for a challenging ice climb or mixed climb in the winter. However, a summer hike requires that you start at the other side, close to the larger town of Reyðarfjörður (the aluminium town of the east), which also is an interesting stop (check www.east.is).
Hólmatindur (895 m) is of the same type and origin as the fine-looking Búlandstindur in the fjord of Djúpivogur, farther south. While Hólmatindur is not as perfectly shaped a pyramid as Búlandstindur, it is a majestic and stern-looking mountain all the same. The rocks are slanting lava flows (11–12 million years old), eroded into their present shape by the Ice Age glaciers that created the fjords on both sides. The tilting of the bedrock toward Iceland’s interior is easily explained. Tectonic plate movements shift the eastern land areas farther east and younger eruptive rocks pile up at the centre of the island. Their weight presses the younger areas and areas close to the centre into the ductile mantle beneath the crust. This makes the layered bedrock in the east tilt towards the island’s centre.

Hólmatindur looks quite big and bulky from the south, but not as intimidating as when seen from Eskifjörður. Hikers start their ascent from the Reyðarfjörður side by looking for the small Grjótá river between the towns of Reyðarfjörður and Eskifjörður (Road 92). Trace the right-hand bank into the steep Grjótárdalur valley. You walk on soft vegetated ground, then on scree to an elevation of about 600 m, where you turn right. Cut the slopes eastwards until the edge of the flat-topped mountain has been reached. From here, a stroll of about two kilometres will bring you to the very summit.

The cliffs on the Eskifjörður side are a really imposing sight. All in all, this is a highly rewarding climb in a fantastic fjord landscape. 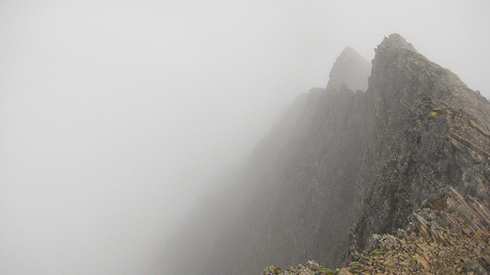 For hikers enjoying the southern part of Vatnajökull National Park, an ascent of Kristínartindar 1.126 m) is a must—the mountain’s popular panoramic viewpoint in the heart of the national park (www.vatnajokulsthjodgardur.is) has few equals.

The higher summit has a flanking rock pillar that serves as a landmark en route. Various types of eruptive rock can be found at Kristínartindar, but the mountain as such is part of an eroded volcanic
complex, long since vanished. There is a lot to take in while walking across the Skaftafellsheiði heath, including a number of popular destinations for shorter hikes (like the Svartifoss waterfall) and very fine views of glaciers, peaks, snow domes and the vast expanses of the Skeiðarársandur outwash plains, created by meandering glacial rivers and glacial floods (“jökulhlaup”) from the Öræfajökull volcano and the glaciated Grímsvötn volcano, hidden underneath Vatnajökull, some 50 km to the north.

You start at the Skaftafell service centre. The marked trail walk to Sjónarsker from the there is an enjoyable hike. From that vantage point, take the Austurbrekkur trail, walking roughly to the northeast, high above Skaftafellsjökull, a long valley glacier outlet of the Vatnajökull ice cap. Soon after Austurbrekkur, you will start gaining elevation at an increased rate as you head northwest. A good trail leads on into a bowl-shaped valley (Gemludalur) towards the steepening scree flank of the northern peak of Kristínartindar. Here, you are rewarded with nature at its best: the full splendour of the high mountain world of the Öræfajökull volcano and the peaks closer to you can only be revealed
from a lofty vantage point such as Kristínartindar.

You have to surmount an elevation gain of about 1,020 metres).