At first I would enthusiastically explain that, yes, being an island smack dab in the middle of the powerful Atlantic Ocean, we indeed had some waves and in fact the countless shipwrecks littering our coastline were a pretty strong testament to that. But I always suspected that the people I talked to at the gas station or outside the supermarket did not quite believe what I was saying; they just nodded their heads with a kind of a smile on their face that said it all: ‘Yeah right, you fool….’ 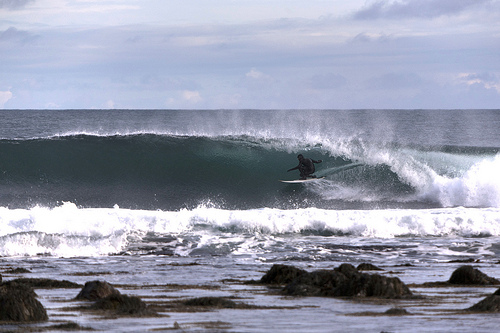 Yes, there are waves in the ocean

Of course they had to know there were waves here. You can’t ignore the facts. Iceland has for ages built its livelihood around the ocean. But I guess when most people think of surfing they think of palm trees, girls in bikinis and white sand beaches and surfing in Iceland is as far away from the stereotypical surfer dude image as you can get. It’s cold, it can be scary and it is in no way cool. Standing naked from the waist down in January, clutching your wetsuit while you’re being hammered by sleet and wind, your nose is running and your teeth are chattering—this is definitely not cool.

It’s not all bad though. With a coastline of 4,970 kilometres open to swells from all directions, Iceland really can get some world-class waves. During the warmer summer months the surf isn’t very consistent, but autumn sees the arrival of proper 5ft+ (1.5 metre) waves and is perhaps the nicest time to surf in Iceland. The sea is relatively warm (a whole 14°C) and the days are still quite long. As fall progresses into winter, sea and air temperatures drop and daylight hours grow scarce. However, if you can brave the cold, and it does get really f-ing cold, this is the time of year when Iceland is pounded by swells almost day in and day out. 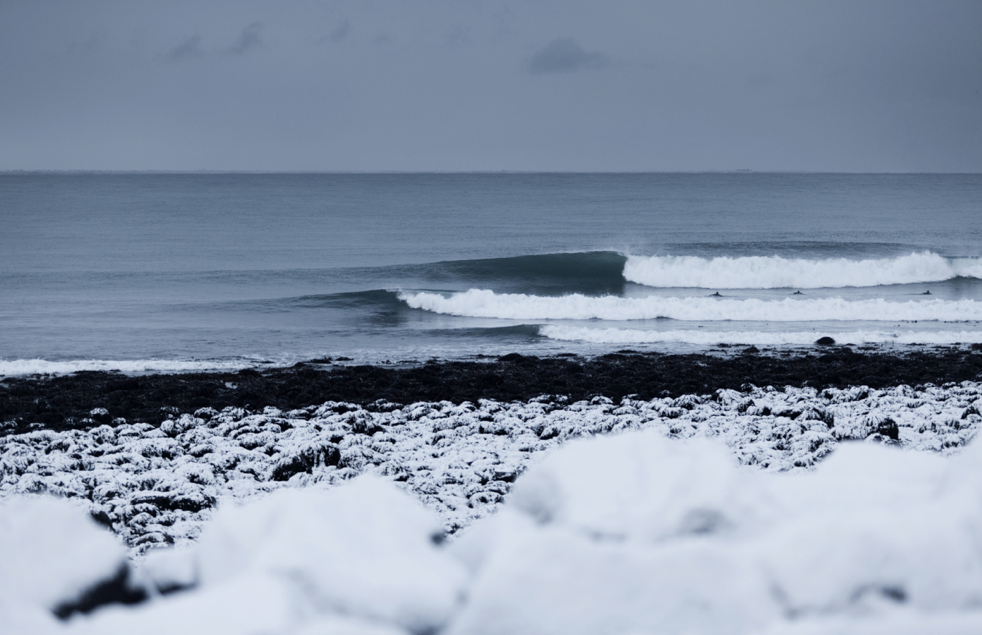 Americans from the now defunct naval base in Keflavík were the first to see Iceland’s surfing potential in the early ‘90s, and a small group of local snowboarders caught on shortly thereafter. Back then, wetsuits and surfboards were hard to come by and people made do with whatever they could find. My friend Ingo started in a two-piece diving suit and on one of those boogie boards they used to give away for free on the back of Nesquick chocolate milk packages.

Little by little, the group of surfers has grown since those first days when you could fit the whole surf population into a small van. Some of the originals have given up because of the harsh conditions or real life commitments, others have stuck with it and a few newbies have joined the ranks. It is estimated that there are now around 30 active surfers and, as you can imagine, with so much coastline, overcrowding out in the surf is not a big issue. 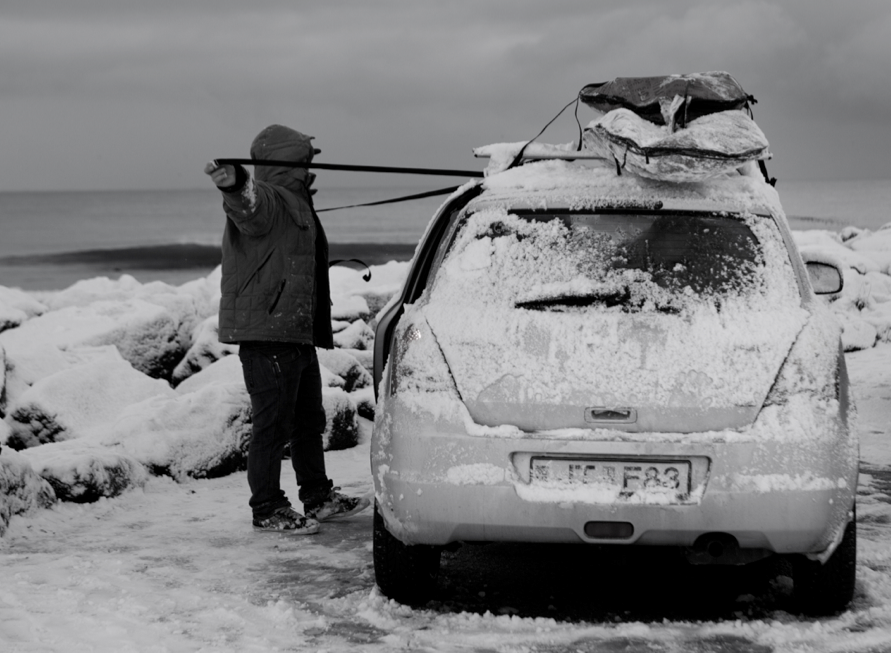 While almost every break in California or Hawaii has been explored, every wave ridden, Iceland still has potential for exploration. This is what makes surfing here so special. It’s still in its infancy so you don’t have to fight with 50 other surfers for a decent wave. Combine this with today’s high tech wetsuits and surfing during the coldest winter months is starting to feel pretty tolerable.

And the word is out. Every year, like migrating birds, more and more professional surfers are arriving with their board bags and camera equipment, discovering new surf spots on almost every trip. The surf media has its eye on Iceland; it’s even been referred to as the new Morocco, the place everybody’s going to because nobody is going there.

So nowadays if someone asks me about the surf here in Iceland I have a pre-programmed answer: “No, there are no waves in Iceland. It’s cold, miserable and never under any circumstances should you try surfing here.” 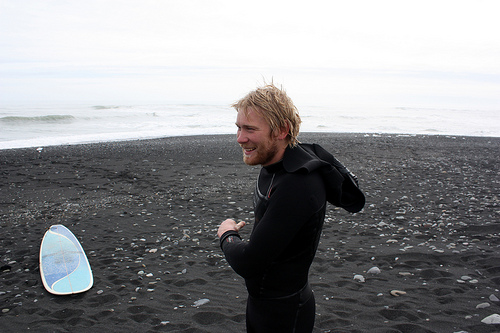 Elli was introduced to surfing on a plastic Bic (yes, the pen and lighter manufacturer) surfboard with pink flowers that a friend brought over from France. At the time he thought it was the coolest thing in the world. His first time out in the water ended with a mouth-full of sand, a cold scary swim back to shore and a vow never to go surfing again. His most memorable surfing experience is seeing a minke whale breach the surface right out in the line up. He occasionally surfs, snowboards and takes pictures of his friends on their various adventures.