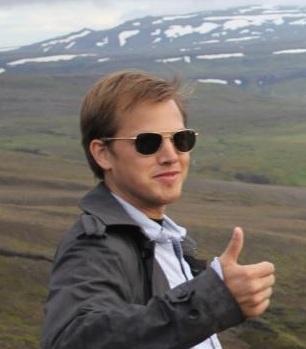 While my experience in Reykjavík for the last three months has been mostly positive, one part about the city makes living here tiresome at times. It’s what many likely consider a banal task of daily life as a semi-hygienic human: doing the laundry.

I’ve compiled below what I feel is quintessential information while considering washing the whites in Reykjavík. I beseech all tourists to peruse this column.
OPTION #1: DON’T
Yes, just don’t do your laundry while here. For the grungy, Reykjavík’s weak laundry culture says, “Wear those undies another week or two.” For the semi-hygienic, it’s time to step outside your comfort zone. Seriously, laundry can be such a pain, it might be better to relive the college days of wearing yesterday’s shirt again, or making those jeans last the whole week. We’ve all been there. Maybe it’s time to revisit.

OPTION #2: DO, BUT AT YOUR OWN RISK
Maybe I’ve been spoiled by my country’s enormous laundromats, admittedly less-than-glamorous places at times, but nonetheless bearing an appealing sort of seediness. Laundromats serve logical purposes: a cheap place for the un-gentrified to clean dirty clothes, and incidentally a venue for illegal exchanges.
Either because rejecting the American notion of laundromats is a collective act of patriotism, or because Icelanders have a secret clothes-washing club where foreigners aren’t allowed, public laundromats basically don’t exist in Reykjavík.
Well… Except one.
The denizens of downtown Reykjavík will tell you the same thing. It’s what I’ve been told at numerous tourist information kiosks, from passers-by on the street and slurred at by drunks at bars.

THE LAUNDROMAT CAFE
Sadly, though, this place is something of a poser. Whoever approved this restaurant’s interior design even had the wherewithal to line a wall with photographs of laundromats from around the world. I speak for every harried launderer there when I say I only wish this place had a laundromat as user-friendly as Singapore’s slums. The machines here are Swedish, and less than dependable. At times there have been two washing machines and one dryer operable. When there are three people ahead of you for the washer and two for the dryer, you can spend upward of four hours doing a single load of laundry.

In America, we call a place two washers and a dryer “a room with an extra washer,” not a laundromat. Not to mention at 500 ISK (~3.86 USD) a wash, and 100 ISK (~0.76 USD) per 15 minutes of drying, it’s the priciest laundromat I’ve frequented, but perhaps a necessary evil.
Even when the machines are all operable, making them accept your hard-earned krónur can be nothing short of a miracle. Seeking out an able-bodied employee is an option, but you risk the machine deciding to work spontaneously before you can show him or her there’s a problem. Nothing like feeling silly while cleaning your underwear.
Pro-tip: Your best bet is to do your laundry in the morning or the middle of the day. The later you wait, the more likely people will be sipping brews and cocktails upstairs while laundry hampers queue up in front of the machines.

The only other option I’ve found in this city is Reykjavík Backpackers, with the word “LAUNDROMAT” professionally lettered on its window next to other services. Its website more accurately reads: “Laundry services.” Translation: 1200 ISK (~9.30 USD) for a staff member to walk downstairs to the private washing machine (5 kg max, or an additional 1200 ISK) and dry it for you.

Choices are scant in Reykjavík. You can pay an arm and a leg, risk losing an entire afternoon to laundry duties, or proudly tour Iceland in your musk-ridden garments. In the immortal words of G.I. Joe, “Now you know, and knowing is half the battle!”