Whatever Happened to Our Crisis? 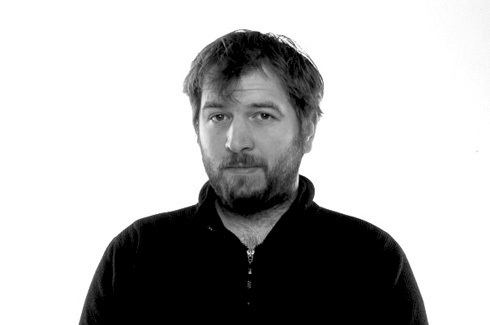 great article in the last issue of Grapevine (yes, every conversation should start with those words), writer Eiríkur Örn Norðdahl reviews the effects of the 2008 economic collapse on the Icelandic arts scene. In it, he mentions that I predicted that Icelandic artists would not get much attention abroad, post-crisis. This was not my intention, as I hope I made clear somewhere. At the time, Iceland was seen as the canary in the coalmine. It was here that global capitalism collapsed first, and I thought this, rather than elves or trolls, would be what the outside world would want to read about when it came to the subject of Iceland.
As it turned out, I was (mostly) wrong. First of all, the expected (or hoped for) changes did not materialise. The economic collapse in Iceland was not the beginning of the world revolution, and so world attention was quick to turn elsewhere.
MARKET METAPHORS
Secondly, the crisis, though on everyone’s lips, is mostly hidden from view. We feel it in higher prices, higher taxes and fewer services, but we don’t see it in soup lines or closed shops all over town which might be more photogenic and/or conducive to art. Who wants to make a movie about the price of vegetables? For accounts of life in times of economic crisis, turn to the angry young men and women of Greece, Portugal or Ireland. We seem kind of spoiled by comparison.
The first time Iceland entered the world’s eye after the events of 2008-09, it was neither because of banks or revolutions, but because of a volcano. Unless you deposited money in Icesave, you are probably more likely to think of Iceland yes again a land of elves and fire than as a metaphor for the excesses of modern capitalism.
This will probably be the way Iceland will be portrayed at the Frankfurt book fair this autumn. After all, who wants to remind people their money was stolen when you are trying to sell them something? And even if the crisis has crept into the Icelandic arts in many ways, the voices that will be heard abroad are still more likely to be wrapped in pictures of geysers and peaceful farmsteads rather than bankrupt banks, as Eiríkur also pointed out.
MINI-CARS AND MINI-CRISIS
The Icelandic boom can roughly be divided into two periods. The first one lasted from 2003, when the privatisations process of the banks was completed and the Conservatives were elected into power yet again, and until the beginning of 2006. During the summer of 2003, I returned to Iceland from studying in the UK and took part in founding the Grapevine. These were in fact exciting times to be young. The war in Iraq and the building of the Kárahnjúkar dam led to protests on a scale not seen in the apolitical ‘90s. Suddenly everyone had an opinion and this was, to some extent, reflected in the arts. Admittedly, the major issue of the day, the growth of the banking sector, was not much addressed. Still everyone felt that something fundamental was changing, for good or bad. The politicisation of Icelandic artists probably reached its peak in January 2006, when a major concert was held with many of Iceland’s biggest acts to protest the damming of the highlands. Sadly, and perhaps illustratively, the thunder was somewhat stolen when another major concert was held that same weekend, at the same venue and with some of the same performers, sponsored by Toyota to introduce their latest mini-car. Among young people at the time, there was some confusion as to which event they had actually attended.
It was not Toyota-Aid in itself that brought an end to the period of increasing awareness in the arts, but rather the so-called mini-crisis of early 2006. As the króna lost value and the financial institutions faltered, it seemed that the direst predictions of naysayers were coming true. The banks, however, survived this time around. It is tempting to believe in hindsight that everyone knew we were living on borrowed time, but more probably most people now believed that the worst was over and that the banks were invincible. Having so narrowly escaped, no one was willing to listen to those who still suggested things might go horribly wrong. A strong team spirit mentality took hold where it was generally believed that as long as everyone thought things would turn out fine, they would, and those who disagreed were phased out of public discourse. It was no longer such a great time to be young.
THE END OF POLITICS
Artists had opposed the building of the Kárahnjúkar dam but failed to stop it. The arts seemed to be increasingly exiled to their own little sphere. Artists decorated the receptions of the banks but were not supposed to worry about what went on behind the counter. These things were seen to be far too complicated for artists (increasingly called “cute”) to understand. This was probably true, as the banks’ finances seemed too complicated for even the bankers themselves to understand. Nevertheless, universal truths such as an aversion to greed have long been the concern of artists.
The arts by and large seemed content to remain in their own realm, but the banks did not. In the summer of 2008, if one visited the former home of writer Halldór Laxness (known for his distaste of capitalism) turned museum, one was handed an iPod branded with the Glitnir bank logo. Surely, the collapse could not be far away. It was not.
I do not mean to suggest here that all art should be political, it shouldn’t. I merely mean to question the notion of art for art’s sake, so prevalent during the boom, and suggest perhaps instead art for humanity’s sake. The arts should and must take an interest in what is going on around them, for the price paid when the artists remain silent is a high one. The events of 2008 should have taught us this much, at least.