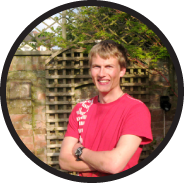 Ólafur is a Ph.D. student in economics at the University of Exeter, emphasizing FDI and financial stability.

The hottest story coming from Iceland now is the one about the government-initiated debt relief to households. Here is my take on it, focused only on a handful of the issues related to the act itself and, perhaps more importantly, its potential economic impact.

Framsóknarflokkurinn (“The Progressive Party,” PP) promised to carry out a debt jubilee if elected in the latest general elections. They were. And they formed a coalition government with Sjálfstæðisflokkurinn (“The Independence Party,” IP).

As the IP did not agree with the PP’s idea of simply cancelling the debt, the outcome is a mix of both parties’ ideas: 80 billion ISK (roughly 400 million GBP) of household debt will be outright cancelled, and an additional 70 billion ISK will become available to people who use their third pillar pension savings in the next three years to pay down their household debts.

So what’s the crack?

Icelandic households will get 150 billion ISK (750 million GBP) of their household debt “cancelled” over a four-year period. I say “cancelled” because they are in fact paying down 70 billion ISK of it themselves with the tax-free pension savings.

The rest, 80 billion ISK, will be outright cancelled in four annual instalments, although the borrower will immediately feel the positive impact on his or her monthly payment burden. Each household that has an indexed mortgage specifically declared to buy property for its own use (buy-to-let mortgages are excluded!) will get a maximum 4 million ISK of the debt written off. Non-indexed loans get no write-off, but the tax-free pension savings can be used to pay additionally onto the principal in the future. The tax-free pension savings can also be saved and later used to buy a flat. This is why they say that even current tenants will benefit from the measures.

But how are they paying for all this?

Right, that’s a bit hazy. The short answer on the list of FAQs on the Prime Minister’s Office website is classic nonsense:

Q: How is the debt relief financed?

A: “The Treasury will collect increased revenues in the next four years to cover the cost of additional state expenditure resulting from these actions. The actions will therefore neither be financed by additional Treasury borrowing nor with the granting of state guarantees.”

Right, so the no-bullshit answer of is they’re going to increase taxes!

Where are they going to “collect increased revenues”? Specifically, they are going to tax the estates of the old banks, i.e. the banks that went bankrupt in 2008. Their liquidation process is going veeeery slowly, to a large extent due to capital controls, which are holding back the process. Yet the estates have to be liquidated before we can abolish the capital controls. It’s like being a driver with two back seat drivers, one demanding you drive faster and the other demanding that you slow down. Which one are you going to make unhappy?

The government is going to make the old banks unhappy. Besides outright taxing them to pay for a debt jubilee for households, they are considering changing laws that would force them to speed up the liquidation process.

I have two immediate concerns about this.

First, those are two birds in the bush, but not one in the hand. Are we definitely sure that they can tax the old banks? This sentence alone from the Prime Minister’s slides says it all: “The committee [behind the debt jubilee] assumes that the measures will be fully funded over a period of four years.”

Great going, guys. I do this all the time, too. I just book my vacation to French Polynesia and assume that I can finance it! 80 billion ISK!? Pennies mate, I’ll pick them up off the floor one day!

And even if they can tax the old banks specifically (there are some concerns about whether it would be constitutionally possible or not), won’t the old banks, which are the main owners of Arion and Íslandsbanki banks, not just pass at least part of the cost onto their customers? Competition in the banking industry in Iceland isn’t great you know.

Second: OK, if we can tax the old banks to get cash for a debt jubilee, couldn’t we have used the money for something else? Like the Icelandic public radio, which we’re practically shutting down? Or using it to pay decent wages to doctors and nurses? I’m not putting myself up against the debt relief as a principle, just pointing out that we didn’t have to spend all the cash on it.

Or maybe we can tax them even more and spend that tax income on something nice!?

Now, there are some good things about this measure.

First of all, they did it! Jubilee is here, well done guys! You proved that this is politically possible and economically that it doesn’t have to be absolute nonsense. Some very indebted households will feel quite relieved and this will have a positive impact on the economy although the impact may be short lived. The tax-free pension part of it also makes perfect sense and simply boils down to the fact that it is not a smart to save with a 2–3% interest when you owe debt bearing 4–5% interest.

But I do have to admit that I have concerns, besides the obvious ones like the taxation issue.

First, the primary loan, or the new loan, which the borrower has to pay off, will still be indexed, just like the original loan that is now being partially written off. We will therefore still have all the negative effects of indexing mortgages in Iceland, including more volatile and higher inflation, higher interest rates, a less effective monetary policy and the risk of having to have another debt jubilee in 10 years time or so.

Second, and closely related to my first concern, although there is no direct increment in money supply because of the measures, I believe we can safely assume that not only will we have some potential demand-pulled inflation immediately in the wake of the jubilee, but also increased credit demand as well (especially if we have an increase in moral hazard due to all this: will people take on more debt because they anticipate another debt jubilee in the future?).

As the increased credit demand will be met with new loans that increase the money supply, we will end up with further inflation pressures. And because the principal of indexed debts will grow with more inflation, we will get some, or even all, of the “jubileed” debt back.

The Central Bank will also respond with an interest hike to try to hold credit demand back. That will hit the borrowers with non-indexed loans, as their interest rates are potentially readjusted upwards. (A more effective and sensible way of limiting credit growth and inflation would be to impose direct credit controls and connect them to the banks’ own net holdings of liquidity in foreign currencies. But I doubt the Central Bank will go down that road: you can’t teach old dogs new tricks.)

Third, although the net assets of the old bankrupt banks will contract (assuming everything goes according to plan), we will still have “considerable” pressure on the balance of payments because of increased consumption and demand. Now, of course, part of the reason for those measures is to revive household consumption, but if it takes us into even riskier waters with the balance of payments than we are in, doesn’t that just signal that the exchange rate is too strong? And imagine what will happen if and when the exchange rate goes down: inflation goes up, principal of debt grows back and we’re back to square one.

So again: why, oh why did they not abolish indexation parallel to those measures?!

Fourth, and this is perhaps my most serious concern. We haven’t fixed the institutional drawbacks of the Icelandic economy. Besides still having the indexation on mortgages, we still have a high self-imposed rate of interest stemming from the pension system (which is required to get a real rate of return of 3.5% and it controls assets equal to about 120–130% of GDP). What do you think will happen to the long-term rate of interest with such a gigantic buyer of financial liabilities that demands a high minimum rate of interest? Has anybody heard of monopsony?

Although politically this may fuel some fires, even in other countries where over-indebted populations may be nudged to demand jubilee, I fear that the net effects of this particular debt jubilee will not be significant in the long run, at least from an economic point of view. When it comes to the Icelandic economy, I fear we will only have short spurts of economic bounce back. It is not enough to cut the leaves of the weeds, we need to dig out the roots as well.

An extended version of this piece originally appeared on