Below The Promotional Realm 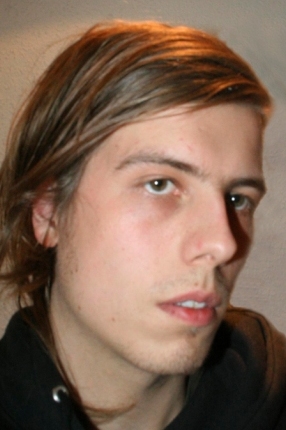 Now, in the midst of the repercussions of Edward Snowden’s exposé of mass-surveillance directed against individuals and institutions worldwide, it’s far beyond funny—in all its Orwellian irony—to see the moguls of Iceland’s tourism-industrial complex launch a campaign fuelled by the imperative slogan: “Share Your Secret!”
Capitalising on John F. Kennedy’s remark that “the very word secrecyʼ is repugnant in a free and open society,” Inspired by Iceland—a branch of the government-owned Promote Iceland initiative—is encouraging people to reveal “what lies just beyond the realm of the known in Iceland,” although they may have good reason for hiding it.
Chair of the Icelandic Tourist Industry Association Árni Gunnarsson explained at the campaign’s kick-starting ceremony that the current objective is to lure more wintertime tourists whose numbers (and therefore spending) pale in comparison to their summertime comrades. Prime Minister Sigmundur Davíð Gunnlaugsson echoed this at a speech for the Iceland Investment Forum in London a week later, exhibiting a state-of-the-art example of transparency: “Hope to see you—and your money—in Iceland.”
Born in the wake of the 2008 economic collapse and the subsequent Eyjafjallajökull volcanic eruption less than two years later, the idea of selling entrance to the country as an all-season theme-park and human zoo has finally been taken to the executive level. En masse tourism—with all its fuel-intensive transportation, intrusive consumerism and the commodification of culture and nature—has been promoted as a healthier, green and humane way to increase economic growth rather than, say, heavy industry and banking.
At the very core of this immense production of illusions and the non-satirical performance of promoting Iceland as Magicland, Amazingland and Pureland is the use of gratuitous human labour. Just like prior campaigns, this one stands and falls with the population’s voluntary, uncritical participation, which in turn morphs humans into hybrids of exhibits and servants. No, I’m not joking, and if there’s an ounce of extremism here, it’s simply the result of what author Þorgeir Þorgeirson often referred to as the extremes of the subject-matter: the very act of unilaterally promoting Iceland as a unique earthly paradise is inherently extreme.
The residents of the village Honcun—originally built as the filming location of block-buster ʻCrouching Tiger, Hidden Dragonʼ—have described themselves as mere props within the Chinese tourism industry. Employing slightly less objectified language, Promote Iceland asserts that regardless of the time of one’s visit, one can be “assured of the warmth of the Icelanders’ welcome and their desire to share their culture and make every effort to ensure that your stay is a pleasant one.”
Take also, for example, Austrian filmmaker Ulrich Seidl’s ʻParadies: Liebeʼ—the first film in his recent Paradise trilogy—which confronts sex-tourism in Kenya and the complicated relationship between the native beach boys and their neo-colonial sugar-mamas. With a troubled identity, robbed of their dignity by becoming fully dependent on the profusion of foreign money holders, as Seidl noted in a 2009 interview with ZOO Magazine, the boys are stuck in a vicious cycle of self-humiliation. And they are not alone.
While the film’s focus is surely on the aspect of prostitution—visually the most obvious physical form of exploitation—a number of shorter scenes juxtapose it with other roles within tourism-based economies, portraying tourism as yet another tool for exploitation. Remember the happy and hyperactive fairies jumping and dancing in line with Emiliana Torrini’s jungle-drumming heart? Locate them and their corporeal counterparts beside the smiling bartenders, the swimming-pool entertainers and the zebra-dressed musicians of ʻParadies: Liebeʼ. Then ask: What’s the difference?
In a quest for an answer, I would rather put my bet on finding Waldo somewhere in the “The Stars and Stripes Forever” march. That said, there certainly is a secret worth sharing and celebrating, properly kept below the realm of the visible. As first documented in ʻLiber Miraculorumʼ by the 12th century Cistercian chaplain Herbert Von Clairvaux, Iceland can boast of being a tourist attraction unlike any other. Namely, the very entrance to Hell, disguised as the volcano Hekla. Although allegedly debunked as mere superstition by a pair of ecologists in 1750, there is something extraordinarily stimulating about this theory. And seeing the emancipating nature of history’s first freethinker—Hell’s host, Satan himself—the flaming basement of Hekla might be our only glimpse of hope in these worst of all possible times.