Walk A Mile In Their Skirt

Last December I was at a wedding in Wales, and I enjoyed the opportunity to wear a kilt. Having nothing but good experience of doing so previously at a dear friend’s wedding, I thought: “why the hell not?” The moment people’s wine glasses started getting refilled, I found out why.

A married man in his late fifties struck up a jovial conversation about whether I was with the bride or groom, and then bluntly asked whether I was “wearing the kilt traditionally or not.” His wife and other people laughed at the joke, as did I at first, but something felt horribly rotten about it. What business was it of his whether I was wearing underwear or not? 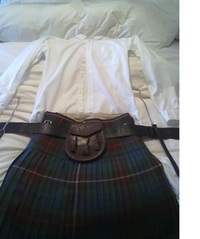 Before I knew it I didn’t feel like an individual any more, but like a caricature, an objectified piece of meat for others’ amusement. Who at the party could find out what Gabriel was wearing? Whenever someone I didn’t know wanted to strike up a conversation I felt demure and worried they’d start asking about my nether regions.

Don’t get me wrong, I am by no means a prude. At previous wedding where I was surrounded by friends, I had no objection to talking about my underwear or lack thereof. They were my friends, and I felt comfortable talking about such things with them. It was a completely different experience at the Wales wedding, where some guy I didn’t know invaded my personal space and made me feel very uncomfortable.

Where does anyone get off doing that? What I got was unfortunately only a taste of what women experience on a daily basis. In addition to being objectified and made feel uncomfortable by intrusive comments and the male gaze, they also have to fear for their safety. On a night out they are told to make sure nobody spikes their drinks, and make sure not to look too easy lest someone thinks they are fair game. And they should have a friend they trust walk them home, avoiding small roads where possible.

I only saw the tip of the iceberg in Wales, but it is a part of a larger societal problem of women somehow having to take preventive steps to avoid being harassed or molested.

There are women whose rape and sexual assaults are excused by how they dress. Every time you say something along those lines or let something like that be said without objection, a rapist could hear it and feel vindicated in not bearing responsibility. After all, she was asking for it, wasn’t she?

So don’t be a dick. Don’t make anyone feel objectified with your lewd comments. You may think you are being smart and funny, but you probably aren’t. 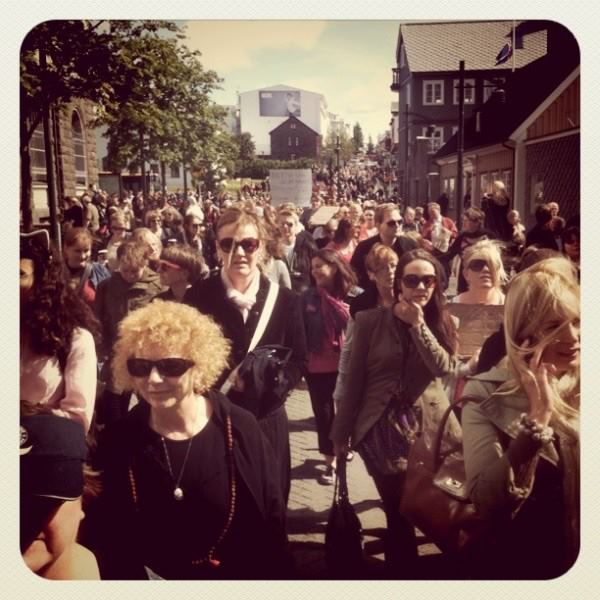 If you want to help, call people on their bullshit when you see it, and join us on the slut walk on July 27. It starts at 14 by Hallgrímskirkja and will make its way down to Austurvöllur for meetings and concerts.
Show solidarity, show this matters to you, show up.