Well It Seemed A Good Idea At The Time… 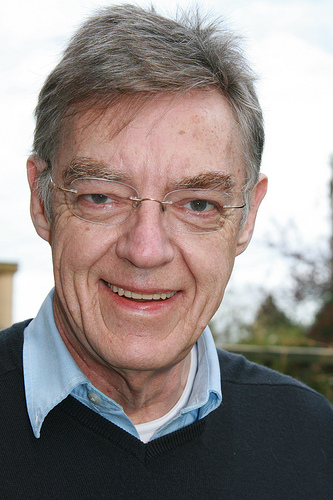 It can weigh a little heavily when you know you’re responsible for corrupting a whole nation.
To be honest, it was so long ago that I don’t lose much sleep over it these days. But there’s a twinge of sadness and regret when I encounter ever-increasing examples of it while travelling around Iceland. Yet there was no ill intention. It was simply an error of judgment, a mere foolishness that was born out of ignorance and a distorted sense of generosity.
You see, I am the person who introduced tipping to Iceland. Until I came along, it didn’t exist.
It happened back in the early seventies in a burger-and-fries cafeteria beside a gas station on the edge of Akureyri. It was my first time in the country, and I was young and easygoing and had money back then.
When I got up from my meal I left a few coins on the table.  “Excuse me,” said the young waitress as she cleared the plates, “you’ve forgotten your change.”  I smiled at her in the way that seasoned travellers do. “Oh, that’s just a small tip,” I said a little smugly.
Of course, I didn’t realise at the time that she’d never heard of a tip before. She frowned. “I don’t understand.”
Writers are allowed some journalistic licence, but I swear this is a pretty accurate account of the conversation, etched in my mind as it was then.
“A gratuity…” I said with a measure of patronising pomposity, “…a small token of my appreciation of a meal well served.”
She still didn’t understand and certainly didn’t appear to enjoy my attempt at humour. “You want to pay more than the meal cost?” she asked.
“No, no. It’s for you.” I was growing uncomfortable.
“You want to give me money?” She pointed somewhat disdainfully at the meagre collection of coins. “Why? What do you want from me?”
She was no more than seventeen, blonde and attractive. Quite late at night, we were the only people left in the place. She looked anxious. Clearly, she thought I was up to no good and began to back away towards the kitchen door. “I don’t want your money. I already get paid,” she said.
I thought it best I depart, which I did, quite rapidly, blustering my way onto the street.
I guess she must have spoken to her waitress friends about her weird encounter and at some point they would have come to the conclusion that although this was a strange thing for people to do, it didn’t require anything on their part—not even a smile, thank God—and was therefore pretty neat since there was money in it. And these folk were foreigners after all.
Somehow, but not unexpectedly, the idea spread from that small café across the country and in the years that followed I began to notice little white bowls partly filled with coins appear beside cash registers in cafés and bars.  And now it’s endemic. You couldn’t stamp it out if you tried.
Oh, there are rear-guard actions against it—fought mainly and bravely by Icelanders themselves who believe it to be a dreadful practice.
Many of my Icelandic friends would never dream of tipping after a meal, no matter how good it was or how convivial the atmosphere or how friendly and accommodating the restaurant staff. “I’m totally against it,” said one who happens to be a fishing guide and who would be mightily pissed off if his client didn’t slip him a decent fold of notes at the end of the week.
“Ah, that’s different,” he said. “I’m totally against giving tips.”
See what I mean about corrupting a nation?
—
Ian Bain is a former foreign correspondent and media consultant who has visited 70 countries and lived in six of them.