How Can We Immigrants Choose Our Representatives? 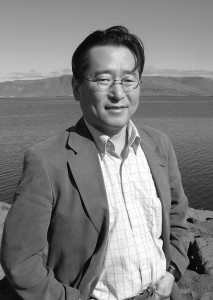 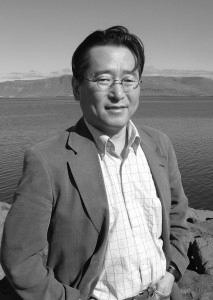 The first Multicultural Assembly in Reykjavík in November 2010 saw the first elections for Reykjavík’s new Multicultural Council. This council, which consists of seven immigrants, was intended to become “the voice” of immigrants who reside in the city.
There were two requirements for participation in the elections: one, only immigrants with legal domicile in Reykjavík could participate in the election, and two, they must be first generation immigrants.
Before the elections, there were concerns that the council might not be impartial if five of seven were Polish. In 2010, there were 3.264 Polish people living in Reykjavík, by far the city’s largest immigrant group. However, the election result was unexpected. Not only were no Polish delegates elected to the council, but also none from EU countries. Some said the election itself was not well publicised among immigrants. Others said the candidates’ ideas were not presented clearly, but regardless, the show must go on.
The city is going to hold elections for the Multicultural Council for a second time this autumn, and its Human Rights Office is reviewing the election system.
And I think it is desirable and only fair that we immigrants participate in this review process by voicing our opinion.
I think it is important that the Council reflects the diversity of immigrants in Reykjavík, as we immigrants are very different from each other ethnically, culturally, mentally, religiously and so on. Not to mention, we have different legal rights as well. There are immigrants who have already obtained Icelandic citizenship, immigrants that have green cards, immigrants that have Icelandic spouses, immigrants from the EU/EEA area and from outside of the EU/EEA.
Among those, the biggest difference is whether immigrants are from the EU/EEA area or not with regards to their various rights in order to live in this country, so I therefore propose that this aspect of diversity be taken into greatest consideration.
To ensure diversity, I suggest we use the “quota” system, with three seats for immigrants from the EU and four for non-EU immigrants, or perhaps three from the EU and four for non-EU, depending on which quota is filled first. I want to do the same for gender equality in the council. The same method can be used for ensuring a balance between men and women. Namely both men and women cannot have more than four seats. This looks complicated, but in reality it’s not; it’s just like a simple puzzle. And by using this system, at least we can ensure the balance between EU immigrants and non-EU immigrants, and between male and female representatives on the council.
This is a rough sketch, and there are several things that we need to consider. For example, if we should limit only one person from one nation, how do we define the home country of an immigrant who was born in Sudan and then moved once to Germany before coming to Iceland—is this person a EU immigrant or non-EU? More such questions will arise.
It is my sincere wish that opinions and ideas from us immigrants can help to design a better election method, and that the upcoming elections for the Multicultural Council in autumn will be carried out in as democratic a way as possible.