Suffer For Fashion, Or Whatever 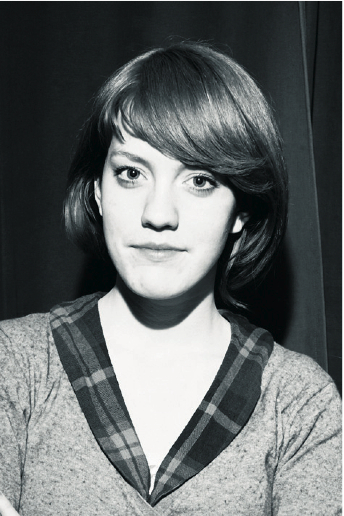 It was 1977, at the Theatre Royal Drury Lane. The voice, the vision, the inimitable Nina Simone erupts the audience with cheers and laughter as she chides them: “Come on girls, come on.”
This moment was all I could think of as, walking home in the inextinguishable twilight of a recent summer evening, I was accosted by the shouts of a middle-aged man. Though in my hand a heel might serve as a clever weapon—a deft defense against unwarranted advances—under my foot it champions the opposite cause; stripped of its mythology, the high-heel has a practical function somewhat akin to a ball and chain. In any case I was alone, the man was drunk and presumptuous, and I felt ill prepared to face the consequences of talking back. Instead of asserting myself as a dynamic, pulsating, thinking human being, I conceded to my vulnerable position, and walked away.
And there was Nina—conjured from this, my most prized recording—sitting at her piano, quintessentially self-assured, smirking and shaking her head at me.
It is indeed laughable how easily I (among others) am enticed to be complicit in forwarding an ideology that insists that I be beautiful, idle, mute.
Part of the problem is no doubt an unwillingness to consistently think critically about the philosophical implications of fashion—and to act accordingly. I am not insensitive to the aesthetic charms of dress. No doubt we are visual creatures, and the way we present ourselves externally to the world is likely a more essential way of communicating with and understanding one another than most of us up on the intellectual high-horse would care to admit. But fashion need not be immune to critical study though it is susceptible to artistic whim. In a very concrete way, fashion is an expression of our personal and cultural values.
We cannot ignore, for example, the social implications of the fact that men’s fashion—though no less capable of artistry and indeed frivolity—is generally characterised by a certain utility that women’s fashion is not. We cannot ignore the ways in which fashion interprets and promulgates particular ideas about the feminine ideal, and feminine virtues. Let’s not pretend, for example, that clothes that liken women to cupcakes, or porcelain dolls, are not appealing to specific gender roles, do not evoke the image of the woman on a pedestal: delicate, idle, mute. Indeed, for the elaborately styled hipster queen, you can look, but you better not touch, because God knows she might tip over.
But the point is that fashion is not the point. The point is that women are not merely interesting as deep as their clothes, or skin, and yet our culture seems determined to treat us as merely aesthetic creatures—or better said, objects.
I’m talking about a culture where it is quite normal for a stranger on the street to criticise my personal appearance—loudly and unapologetically—even while attempting to solicit my sexual attention. I’m talking about a culture where it is not uncommon for a woman to be accused of “inviting” sexual assault by the way she is dressed; when appearance is all, it is more important that her clothes say “yes” than that she says “no”.
This emphasis on women’s aesthetic is flagrant in the Icelandic media, where “caliber” and “ideas” are generally understood to be irrelevant to stories about the ‘other’ sex. Fréttablaðið and Morgunblaðið, especially, read sort of like the curriculum at Álftanesskóli: Women are mentioned in the context of gossip and fashion; as content, they are used mainly as fluff. ‘Look at this cute actress talking about something!’ ‘Look at this one! She runs a clothing store all by her widdy biddy self!’
In fact, mirroring Hildur Lilliendahl’s informal study, let’s take a moment to play the sex-segregation game in today’s Fréttablaðið: male writer, male businessman, male actor, male actor, male politician, male songwriter, male singer, oh! Female singer!, male chef, female actress, male actor, male basketball player, oh! all the women’s sports on one page! Now a whole page of just men’s sports. Now back to female actress, a story about the premier of a female journalist’s documentary accompanied by several pictures of several men, male musician, male musician, male musician, female singer, male actor, male director, male actor, Lady Gaga.
Can you hear me down here Nina? I’m drowning in the patriarchy.
Back to London, 1977. “Well, love songs,” Nina says, “are never ending. Sometimes I listen to the radio and I say ‘They’re still at it!’ No matter what the language, they’re still at it. They want it, and when they get it they run from it. Then they say, well we want a natural woman. Then they get one… scares them half to death! Then they say well, you know, we like them slim with no tits, lily white with long blonde hair. And then you talk to them and they’ve got the same problem as you. Come on girls, come on.”
If the Icelandic media is any indication of the state of affairs in this country, The Man is indeed drunk and presumptuous. He would have us believe that success is as good as a pat on the back for being pretty, that our empowerment lies in our ability to excite men sexually, and that Ásdís Rán is our (ice) queen. But we need not concede defeat and walk away. The heel is in our hands, we just have to be ready to use it.