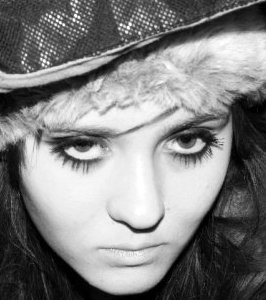 Time to trash the political talk, forget about volcanic temper tantrums and get down to the serious matter at hand. That’s right, Eurovision is lurking just around the corner and Iceland is gearing itself up for another enthralling spectacle of butt-squeezing Spandex and heinous pop ballads brutalised by a concession of unnecessary key changes, all in the hope of winning first place for the first time. Nothing seems to crush the nation’s determination when it comes to this frivolous parade. Come May we rise up like eager little beavers, only to have our hopes and dreams shattered anew.

But maybe I’m being sceptical. It seems that Iceland’s energies aren’t completely going to waste. Even with the recent alleged ‘corruption’ of the voting scheme, Iceland’s Yohanna did exceedingly well last year, bagging second place just behind that little Norwegian guy. Yet it could also go downhill considering we selfishly ruined everyone’s holiday plans. Does the “I hate Iceland” YouTube sensation sum up the opinion of our European buddies nicely?
Personally, I feel that in order to have any chance of winning we should have used this opportunity to exploit Iceland’s financial woe and turned it into a musical sensation instead of singing about love and shit. We’d get Sigurður Einarsson and Jón Ásgeir dancing the cha-cha in suits made of cash, spontaneously combusting in time with the key change. But I digress.
See, even if Hera Björk nails it, it doesn’t look like we even have a suitable venue to host let alone the funds to put on such a snazzy show. And after so many years of failing miserably and retreating back to our igloos, why are we still so intent on winning this goddamn thing anyway?
Well, to the outside world we’ve never really been good at anything. Recently our European achievement has been lacking, unless we count constipating their airspace and totally going bankrupt. Or MAYBE we’re just plain tired of being known as the battered cod on the side of greasy chips or for that lady attending events inside a swan and doing all kinds of quirky crap. But then winning Eurovision wouldn’t be much of an improvement.
Despite ranting about the contest, and the fact that some entries have made me want to gouge out my eyes and stuff them into my ear sockets (I’m looking at you Serbia), this European Song Contest is not only about uniting nations, it’s about filling up the local bars with drunken celebrations and a chorus of “Áfram Ísland!”
For instance, I watched the semi-finals with a sleepy detachment, but the moment the presenter began announcing the results my extreme national pride suddenly hit me like a brick in the face and I felt prepared to hurl something at the television if I didn’t hear Iceland’s name called out.
And although the Eurovision spirit may not be so alive and kicking as before the economic chaos, when we were all gliding through Neverland without a care in the world, it certainly still lingers in the air… like a bad smell. Come Saturday night I may not be the one with the flag tattooed to my face, but I’ll certainly be cheering, at least a little bit.