The Blind Date: How To Date An Icelander

Can love cross boundaries? And if so, can Icelandic men make the jump? To test this out, we asked Nirali, an American tourist, to go on a blind date with Ívar, an Icelander. The next day we checked in on them to get the rundown. This article is part of our feature about the dating life in Iceland.

What was your impression going into this on Icelandic men/American women?
Nirali: Everyone has told me men here are very nice, and they have been so far, so I was looking forward to the date.
Ívar: I have dated American women in the past and they are usually open, interesting and easy to talk to.

What was your first impression of each other?
Nirali: “Oh la la!” Nice hair, sweet smile, his shirt was buttoned all the way up which may be the style here, but reads as not too casual. Ívar was charming right away.
Ívar: When she walked in and I realised she was the one I was waiting for, I know my face lit up a bit. It became pretty obvious almost immediately that we were both relaxed people, which made everything not-awkward. 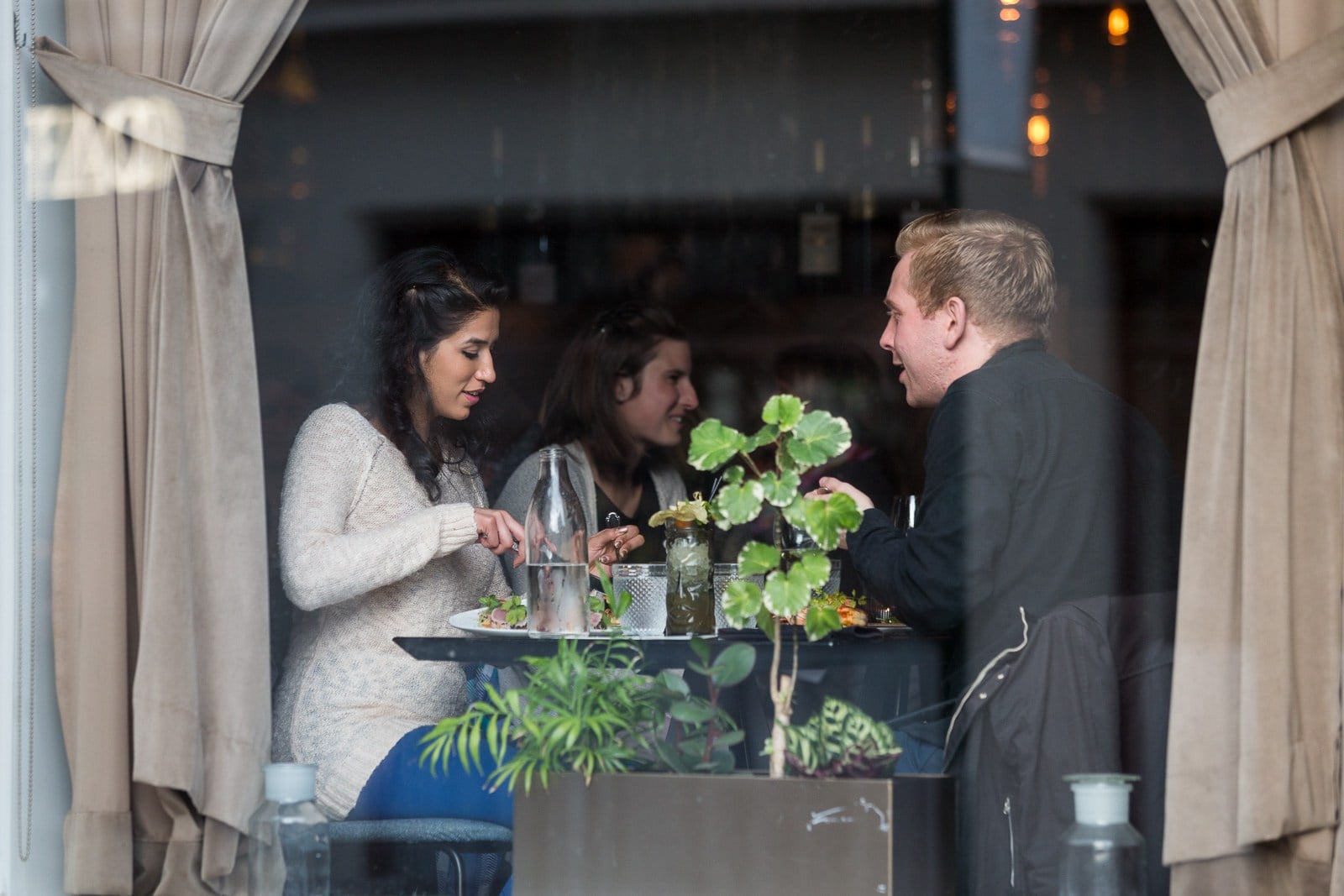 Did you notice any glaring cultural differences?
Nirali: Sometimes in the States there is an awkwardness and occasionally forced conversation just to get through the evening, but conversation flowed very well and the date lasted about four hours! We definitely lost track of time.
Ívar: Iceland often feels like the 51st state so I think we expected similar things. However, if anything, she probably noticed this more than me, since she was a visitor in my country.

Would you see each other again? Would you date another Icelander/American?
Nirali: Yes! If he visits the States, he should keep in touch. It might be a blanket statement but Icelandic men seem sweet from my experience on this date.
Ívar: Yes and yes! If anything she reinforced the positive image I have of the American people.