How To Gain Friends & Alienate No One

When Oliver Luckett comes to Iceland to speak at this year’s You Are In Control conference, it’ll be his sixth or seventh time in the country. And while we did manage to talk about theAudience, the celebrity social media consultancy he co-founded with Sean Parker (of Napster fame, aka Justin Timberlake’s character in The Social Network) and the talk he’ll be giving, more than once we talked about how much we love Iceland.

Oliver thinks he has about 65 pieces of Icelandic art in his home in Los Angeles— Hrafnkell Sigurðsson’s nearly two-metre tall panoramas of garbage, Hulda Vilhjálms’ beautiful glass sea creatures, and various works by Daníel Magnússon, Gabríela Friðriksdóttir and Brynhildur Þorgeirsdóttir. He also counts Einar Örn Benediktsson, Reykjavík’s cultural chair and one half of the band Ghostigital, as one of his friends, as well as Reykjavík Mayor Jón Gnarr, whom he helped with The Best Party’s social media efforts during the last election.

And his love affair with Iceland—and all the social connections he’s made here —stems from theAudience. One of his clients, Björk, introduced him to Einar Örn and Jón Gnarr (fun fact: she once beat him in a gingerbread house contest).

Finding your audience
Of course, Oliver didn’t get invited to speak at YAIC because he’s a fan of the country. The conference, now in its seventh year, brings together professionals from all areas of the creative world to talk about how digital media effects art and, more importantly, how artists can adapt. TheAudience helps celebrities build their social networks (and their bargaining power), but it also helps them reach their target audience without alienating anyone else.

Take Richard Simmons, one of America’s most beloved dance workout instructors. Richard is a relic from the pre-internet days. Your children and/or younger siblings may never even have handled a VHS, the format that made him famous. Before working with theAudience he had around 18,000 Facebook fans and no Google+ profile. Now he has nearly 66,000 fans and a decent Google+ following. More importantly he’s reaching the right people—young people.

TheAudience coordinated a video on BuzzFeed that consists almost entirely of Richard, wearing green tights and an orange tank top with a bedazzled dove, standing still while a man in short shorts gyrates around him for a full minute. Viewers of a certain age possibly wouldn’t be amused. But even though it’s ridiculous, it has a catchy soundtrack and nearly 120,000 views on YouTube.

Before theAudience, Oliver founded Digisynd, a social media startup Disney bought in 2008 in which he helped manage the online presences of Disney characters. So he went from managing the social presence of Cinderella and Woody from Toy Story—Disney moved forward with the sequel to ‘Finding Nemo’ after realising Dory is one of its most “liked” characters—to managing the social media presences of Russell Brand, Mark Wahlberg, Charlize Theron and, of course, Richard.

Would you share this?
While Oliver’s here to share his knowledge about social media, there’s a lot Hollywood could learn from Iceland, too. According to Oliver there’s a whole group of Hollywood creative types who’re connected because they’re all members of the Iceland club. After all, this little island is the setting for, most recently, director Darren Aronofsky’s ‘Noah’ and Tom Cruise’s ‘Oblivion.’ In Oliver’s words, this is a place full of people who “value art, culture and love over everything.” The average Icelander might question the values of the Siggi or Sigga sitting next to her, but it’s probably just best to accept the compliment.

Oliver grew up in Mississippi, deep in the American South. His father, Bill, is a lawyer and co-owns the Ground Zero blues club with Morgan Freeman. But as a teenager, coding and microbiology interested Oliver more. “Anything to get out of Mississippi,” he said. He taught himself to code, and a high school teacher set him up as a lab researcher studying platelets. And while microbiology and social media don’t seem to have much in common, Oliver would argue otherwise.

“Facebook is one billion organisms attached to one network,” he said. On that thread, Oliver argues that the rules that govern organic life and ecosystems also govern how ideas spread. Without giving too much away, his talk “Wild Efficiency” will cover those rules and look at the parallels between the natural world and the world of ideas.

And for the up-and-coming artists who can’t afford theAudience’s services, Oliver has one key piece of advice: A solid social media presence is incredibly valuable. Social media “is the most efficient way to reach a consumer,” he said. Musicians should be putting out multiple videos, creatives should be collaborating with other creatives. Artists need to create content that’s great, but also provides great utility, which can be hard. Frosti Gnarr, the artist, designer and son of Jón, who is behind Grotta Zine, has the right idea, Oliver said. Grotta Zine pushes artists to share their work and get their names out there on a platform [Tumblr] that’s geared toward sharing. It is also a really cool blog. “The rule of thumb is, would you share this?” he added. “Would you post this on your wall?”
— 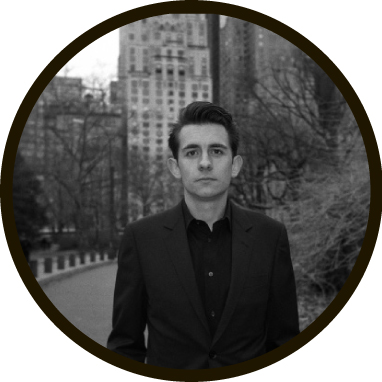 Nine Questions With Rafaël Rozendaal
The You Are In Control speaker Oliver Luckett said he’s most excited this year to see Rafaël Rozendaal. Rafaël’s a New York-based visual artist and avid haiku writer whose installations have been seen around the world. In 2010 he founded BYOB (Bring Your Own Beamer) a do-it-yourself visual projection project open to artists anywhere. We sent Rafaël a few questions, and here are his responses.

How long have you been a working artist?
I was born an artist, so 33 years.

Are you a digital artist first, or did you move from physical mediums into digital?
I like to do whatever is interesting to me.

What was the main goal of BYOB?
Well, I mostly was trying to find a way of making exhibitions more spontaneous. That’s the main idea. Projections are flexible and if everyone is responsible for their own gear, things are much easier. It means less stress more fun!

Have you ever been to Iceland?
First time to Iceland! I always wanted to see Iceland, so it’s a great opportunity.

What are you planning on talking about in your speech?
How I started, what challenges I faced, what led me from one step to another, and I will read some poetry! Regarding speaking: since most of my works are screen based, they are great for lectures. When I speak, it’s almost an exhibition, because I am showing the actual works on a projection, not documentation of the works.

What advice would you give someone who’s just starting out and wants to make a living off of being an artist?
My main advice is: DO A LOT, TRY A LOT.

Is there anything you’d like people to know about you?
I’m not as mean as you’d think.

What’s next for you after the conference?
Christmas.
—
You Are In Control conference is held at Bíó Paradís on October 28-30. Tickets are on sale from 15,000 ISK. For more details, visit their website.