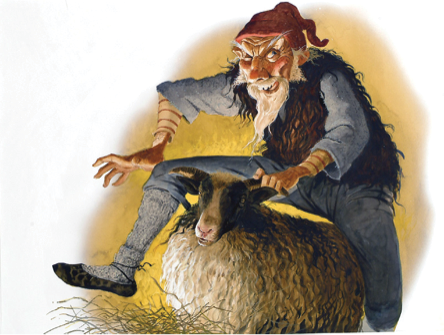 After 36 years of living in Iceland, Brian Pilkington laments that he is beginning to turn into the lively bearded characters he illustrates. He points to his moustache, an unruly patch of greying salt-and-pepper hair, and says jokingly that he just needs to grow out his beard.
Brian is the illustrator of ‘The Yule Lads: A Celebration of Iceland’s Christmas Folklore’ (2001), as well as dozens of other illustrated books about Icelandic folklore and mythology.
He moved to Iceland inadvertently in 1976 when his vacation from Liverpool, England, turned into a permanent stay. Despite not being an Icelandic native, Brian has shaped the images of the famous Yule Lads in the minds of many Icelanders.
A dream to draw
After finishing his studies in 1974, Brian found a job illustrating small, black and white advertisements in a local Liverpool newspaper. It was a far cry from the colourful characters and creatures he wanted to draw, but he stuck with the job until 1976, when he took a month to visit a friend from college who was living in Iceland. 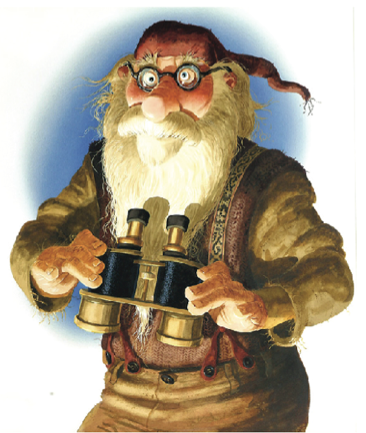 “At the end of the month, I was having such a good time, I decided to go around and see if I could get a job. I went to an ad agency with some slides of my work, and they took my coat off and sat me down and said you’re starting right now,” Brian recalls.
Brian stayed with the agency for four years until he was asked to illustrate a book about trolls in 1980. After illustrating several troll books, he decided to take on the Yule Lads.
“The Yule Lads have a troll connection because their mother and father are both trolls, and they live up in the mountains. I had worked on at least 10 troll books over the years, and I just figured it was time to get around to doing the Yule Lads as well,” he says. “It seemed like a space to move into; nobody else was doing it and it really suits my style.”
Since then, Brian hasn’t looked back. He now works from a studio on the top floor of his home. Large windows allow for natural light, as well as views of the sea. The walls of the studio are lined with books Brian uses to research Icelandic mythology, as well as plenty of his own works. He pulls one of his books from the shelf, noting that some of them have been published in 15 languages. The particular one he pulls is in Japanese.
Brian says he takes great care in making sure he depicts the Yule Lads accurately, and rejects the idea of putting them in red and white and depicting them like Santa’s elves. Ultimately he says The Yule Lads book was equal parts research and imagination.
“It was a lot of research, trying to work out how the Icelanders saw them. Icelanders are good critics. If you get something wrong, they’ll tell you,” he says. “So it was my ambition to get everything right, from the buttons on the clothing to the pots and pans.”
The little rascals 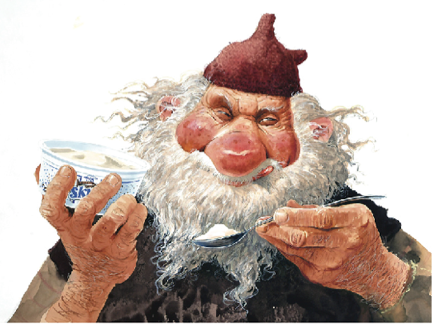 Prior to Brian’s books, there had only been one book written specifically about the Yule Lads. Jóhannes úr Kötlum published a long poem in 1932 that describes each character in a single verse, but otherwise there was not much information for Brian to build on. “It gives hints as to their character, but then you just let your imagination go,” Brian says.
Not only did he want to capture the look of the Yule Lads, but also their attitudes. Unlike the jolly Santa Claus and happy elves so often depicted in Christmas stories, the Yule Lads are mischievous, and Brian wanted to capture the personalities of the characters with names like Skyr Gobbler, Sausage Swiper and Candle Stealer.
“I’ve been to Christmas parties where they’ve had a guest appearance by the Door Slammer, and he comes in and says, ‘Ho, ho ho, merry Christmas’ and then slams the doors and all the kids start crying. The kids have a love/hate relationship with the Yule Lads and I figured, there has to be an edge to them; they can’t just be jolly and nice like Santa,” Brian says. “It’s difficult to get the balance right, to keep them lovable but at the same time a little bit naughty, like difficult children.”
The characters come to life
Brian used a combination of watercolours and gouache to illustrate each character, meticulously painting each wispy hair, furrowed brow and snaggle tooth with paintbrushes as fine as needles. The entire project took him about six months. 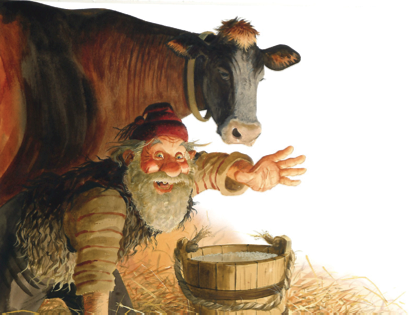 He particularly enjoyed bringing the Yule Lads’ menacing ogre mother Grýla to life. In fact, the first time Brian illustrated Grýla for the Yule Lads book, he made her a little too real. “There is nothing nice about her, which makes illustrating her that much more fun,” Brian says. “The publishers wouldn’t have the first one I did for the book because she was too mean looking. She had a necklace of children’s skulls!”
They’re not the cuddliest characters, but Brian says Icelanders are proud of their Christmas figures. For the most part, it seems Santa Claus’s sleigh has yet to land in Iceland, and belief in the Yule Lads remain as strong as ever.
“It’s truly fascinating, the Icelandic Christmas,” Brian says. “It’s really far more interesting than the version featuring a single Santa Claus.”