The Year In Brief

January will be most memorable for the protests in front of Alþingi that raged on Austurvöllur throughout the month, as Icelanders furious at the collapse of the banks demanded that the coalition of the conservative Independence Party and the Social Democrats step down. Prime Minister Geir H. Haarde resigned that month, and an emergency coalition consisting of the Leftist-Greens and the Social Democrats was formed. Almost literally on his way out the door, then Minister of Fisheries Einar K. Guðfinnsson legalised whale hunting, adding yet another example of conservatives leaving a mess behind for others to clean up. 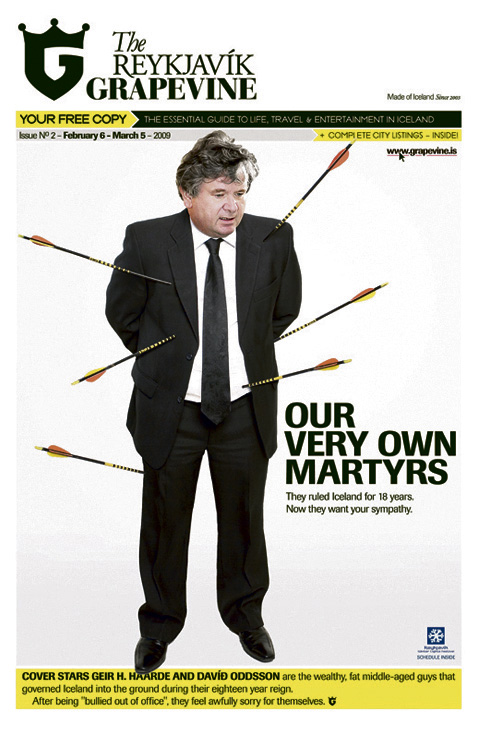 Iceland’s new government garnered international attention for a number of reasons. Within Scandinavia mostly, the talk focused on how this was the first leftist government in Iceland’s history. Elsewhere, media outlets were more interested in Prime Minister Jóhanna Sigurðardóttir as the first openly gay head of state in modern times. On the home front, Icelandic corporation Baugur applied to enter the “moratorium” process in Reykjavik, which offers protection from creditors. Meanwhile, whale hunting drew perhaps more ire from Icelanders than ever before, as whale watching groups and labour unions deplored the practice. The month closed on a happy note, though, as then Central Bank chairman Davíð Oddsson was forced to resign from his post. 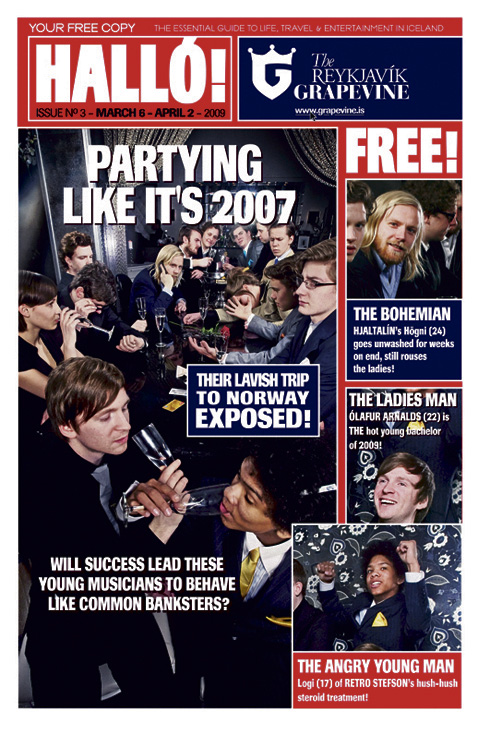 In this month, the International Monetary Fund (IMF) began to stretch its roots into Iceland, as it advertised for applicants in its then soon-to-be-opened Icelandic office. Talks about joining the European Union began to gather steam, as foreign media suggested in numerous op-eds that such a move could only benefit the country. Most Icelanders remained opposed to the idea. Fox News, always quick to push people’s fear buttons, warned Americans not to travel to Iceland because the people here are “very, very angry”, while adding, “Single guys, there’s a lot of hot women, all broke. So you might have a shot.” Proving that Fox News is as classy as it is journalistically accurate. 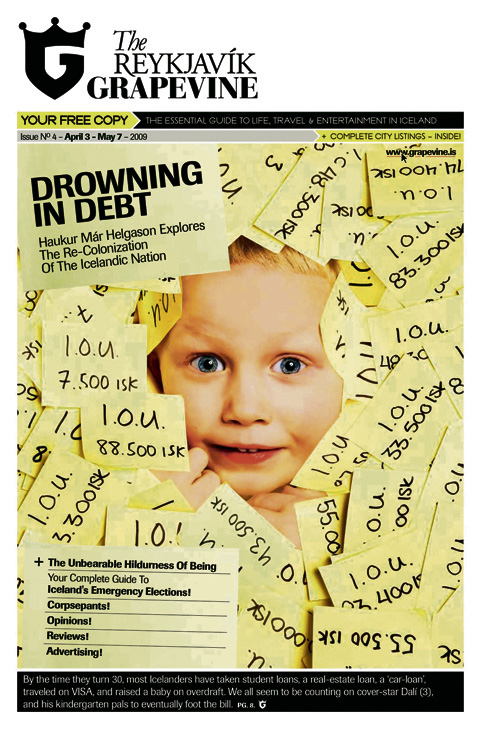 The music hall in Reykjavík, which had been delayed construction since the previous fall, managed to land an agreement for funds to continue construction. Protests against the Ministry of Justice, calling for changes to refugee law, began to gather momentum. Squatters occupying vacant houses in the city (which were actually owned and slated for demolition to make way for larger, more modern buildings) battled with police throughout the month. Parliamentary elections held at the end of the month saw the emergency coalition of the Social Democrats and Leftist-Greens voted into power with a majority of 34 of 63 seats. 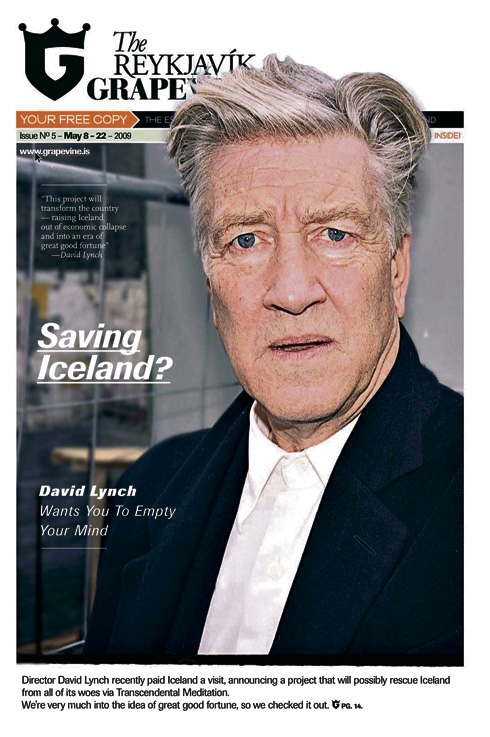 May
The month began with a visit from David Lynch, who pledged to usher in an era of great good fortune by teaching Icelanders all about Transcendental Meditation. Financial Times journalist and novelist Roger Boyes releases his book “Meltdown Iceland,” covering the bank collapse on the overheating of the economy. Iceland’s new government reaches an agreement to, among other things, apply for Iceland’s admission to the EU. Refugee issues continued to stay in the media, as protests continued, including at least one hunger strike. Unemployment reached a peak in this month, as 12,000 Icelanders became either unemployed or under-employed. Iceland also managed to win second place in the Eurovision Song Contest, thanks to Jóhanna Guðrún and her song “Is It True?” Parliament resumed. 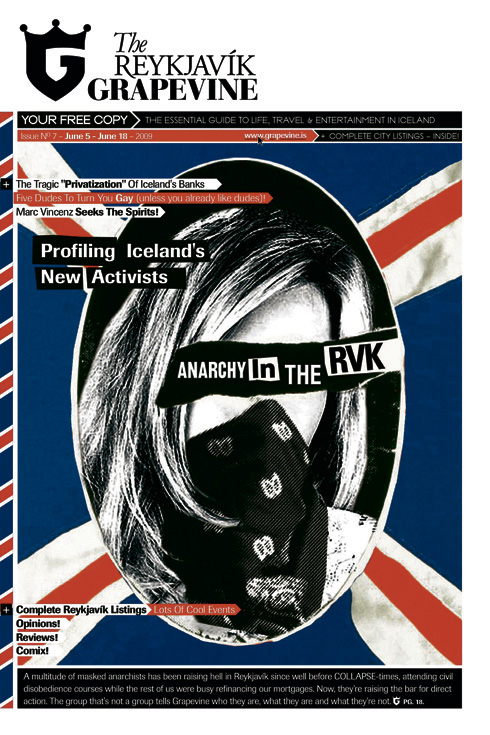 The Dalai Lama visited Iceland, and told Icelanders in attendance at a lecture he gave that he has optimism about the future of Tibet. The initial Icesave deal was approved, immediately sparking protests inside and outside of parliament. Tourism continued to climb as foreigners took advantage of the depressed currency. Renowned corruption-hunter Eva Joly, who was appointed by the Icelandic government to investigate the causes of the bank collapse, began to speak publicly about her frustration in dealing with Icelandic authorities. Former Kópavogur mayor Gunnar I. Birgisson resigned under charges of corruption and nepotism. 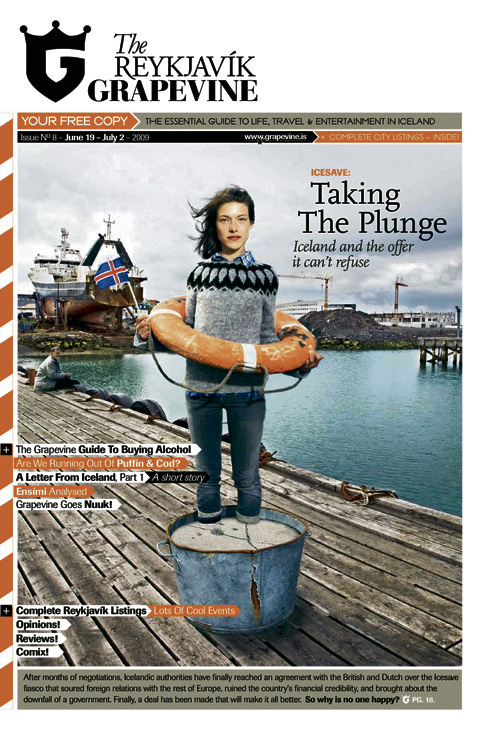 As support for the initial Icesave deal waned, support for the conservative Independence Party grew to being the strongest in the country. Parliament voted to apply for EU membership. Some new cases of swine flu were confirmed in Iceland. A top-secret document neatly outlining the identities of 205 international entities in receipt of individual loans exceeding €45 million (the largest of which totalling €1250 million) from Kaupþing was leaked to the internet July 29th via WikiLeaks. 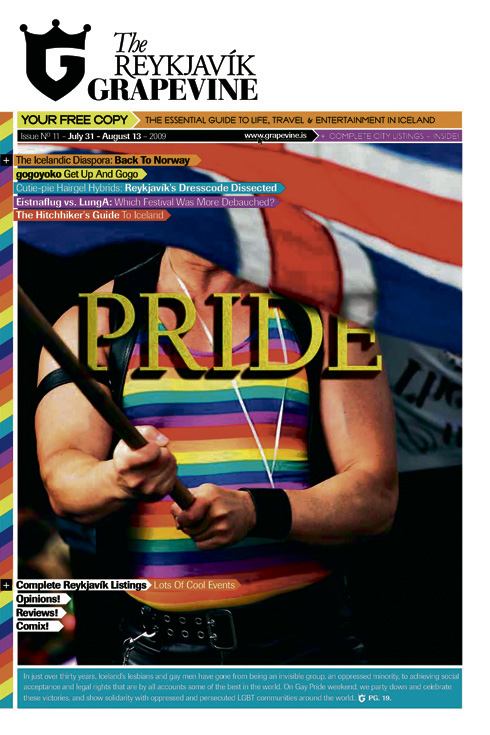 The Ministry of Foreign Affairs signed an agreement with Chinese authorities to take part in the EXPO 2010 in Shanghai, and parliament continued to cobble away at Icesave. Not a really eventful month, except for the fact that the normally reserved Prime Minister wrote a column for the Financial Times. There she said that Icelanders were willing to make sacrifices to rebuild the economy, but added, “Iceland will not be deterred from resolving issues that stand in the way of economic reconstruction at home and confidence-building abroad. It is to be hoped that the people of large countries such as the UK and the Netherlands are aware of the lasting impact their governments can have on small countries such as ours at a time of great distress.” 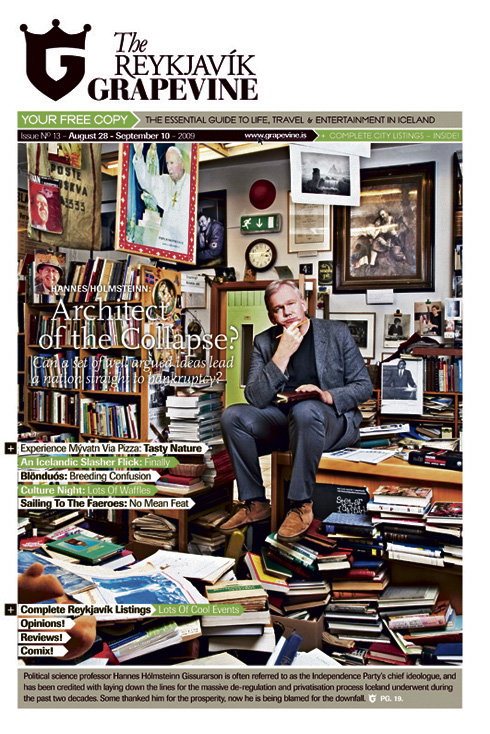 September
Iconic Icelandic protester Helgi Hóseasson died at the age of 89. The shadowy group known as Skapofsi continued to vandalize the homes of Iceland’s captains of finance. The Skapofsi group is still at large and occasionally sends out messages with photos of its latest conquests. Political party Civic Movement was forced to re-invent itself after an embarrassing inter-party e-mail was leaked to the media, revealing back-talking and bickering that ultimately led to MP Þráinn Bertelsson leaving the party altogether. But the top story of the month was former Central Bank chairman and legendary conservative politician Davíð Oddsson being named the co-editor of newspaper Morgunblaðið, while over 40 journalists were fired from the paper. The move gained international attention, scorn from journalist unions at home and abroad, and cancelled subscriptions by the hundreds.

October
Leftist-Green MP Ögmundur Jónasson resigned from his post as Minister of Health, citing irreconcilable differences with regards to the Icesave deal. This led to tensions running high within the party, but in the end the waters calmed for the time being. Representatives from Icelandic, British and Dutch authorities signed an agreement over Icesave, over a year after the collapse of Landsbanki. Meanwhile, parliament’s opposition parties continued to battle the basic precepts of the deal, citing among other things the unusually high 5.5% interest rate to be paid on former depositors’ returns. Also grabbing international headlines McDonald’s closed its doors in Iceland, saying it was unlikely it will ever return.

November
Cases of swine flu began to increase into the double digits. Lonely Planet’s Best in Travel 2010 named Iceland among the top ten Best Value destinations for tourists. The National Assembly—a bold experiment in direct democracy—was held this month, drawing in thousands of Icelanders to submit ideas on where the country should be headed, what makes the country distinct, and what issues are most important to the average Icelander. Corruption, according to both Icelanders polled and according to foreign observers, was on the increase.

December
Tensions rise as the youth groups of both ruling parties, the Young Social Democrats and the Young Leftist-Greens, strongly criticize proposed cuts to the country’s social welfare system, most notably cuts to maternity leave. Public dialogue with regards to foreigners ends on a mixed note: while the Ministry of Justice has decided that creating a think tank designed to see how far they can supervise Iceland’s foreign residents and still stay within the law is the answer to the human trafficking problem, a resolution is submitted in parliament calling for legislative changes that would give greater protections to foreign women who fall victim to domestic violence. A new article appearing in USA Today goes down a list of countries “poised to be where the action is” in 2010, and names Iceland among them. But the biggest story of the month—if not the year—is Icesave. With 70% of Icelanders polled in two separate polls opposed to the Icesave bill’s passage, and nearly 50,000 signatures gathered on an online petition urging the president not to sign it into law, months of bitter wrangling within the halls of parliament lead to a squeeked-by victory for the bill, 33 MPs in favour and 30 against.
The president in a move that surprised gamblers the world over, effectively trolled the international community and vetoed the Icesave bill, referring it instead to national referendum. Prime Minister Jóhanna Sigurðardóttir countered that according to Icelandic law, the Icesave deal is still in effect until a national referendum is held that defeats the law by simple majority. She emphasized that the government will honor its commitments, and that the ruling coalition will hold. 2010 promises to be a year possibly as tumultuous as 2009; maybe even more so.