While compiling our BEST OF REYKJAVÍK list, we consulted with a large group of people from all around town. Some of them were very detailed in their preferences, and some of what they like about our fair city is very likely some of what you’ll like about it, once you try it out for yourself. In that spirit, here are some excellent folks and their excellent thoughts on Reykjavík. 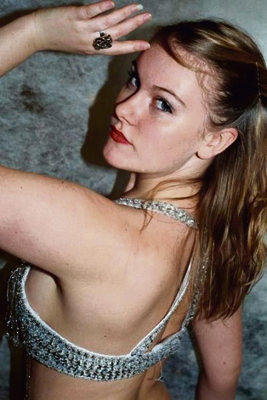 Margrét Erla Maack
Radio DJ, Belly
Dancing Instructor
Being heartbroken, on a date,
feeling sober and hung-over
» Best place to go if you’re heartbroken:
Ísbúð Vesturbæjar. The name is basic. The ice cream is divine. If you’re extra heartbroken go for the creamier type. Maybe you’ll run into people there that are struggling with the same problem.
» Best place for a first date:
The new swimming pool in Álftanes. No makeup, no tricks, but the largest waterslide in Iceland. And if the person you go with doesn’t go for a ride, then they’re obviously not your type. Girls, don’t take too much time doing your hair afterwards, there’s a guy waiting for you outside. And all cell phones have a stop watch.
» Best newcomer restaurant:
Fiskfélagið. You would think there are too many Asian/Icelandic/out of nowhere fusion restaurants on one block in Reykjavík with Sjávarkjallarinn and Fiskimarkaðurinn… but no. The menu sounds bizarre, and so would the food if I’d try and describe it. My sister couldn’t speak while we ate there. So do take your friend there who you think talks too much and complains you never have time for her.
» Best place to feel gorgeous/sober:
Bar 11 at 5 o’clock in the morning. Could also qualify as best place to get laid if you lower your standards a bit.
» Best hang over meal:
Pig sandwich at Búllan. Fries and béarnaise. Chocolate milk shake. Done. 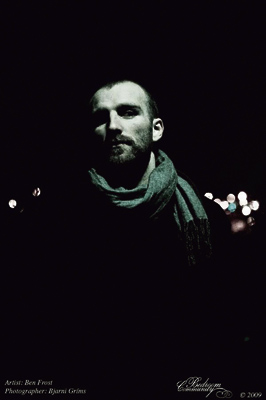 Ben Frost
musician
Grounding oneself in the real Iceland
I love Breiðholt. It arguably represents the real Iceland in a way, because it doesn’t have the cute wooden houses or any of that stuff you’ll find downtown – it’s the true, Icelandic style, former Soviet Bloc looking buildings all over. Also, there are no hipsters there, which is important. It represents the old Iceland well, and also the new Iceland.
If you live in Iceland for long enough you kind of miss a sort of variety in people you encounter.. especially if you’re in 101 Reykjavík. Everyone’s a fucking… artist or musician or dancer – and that’s all fine and good, but sometimes it’s nice to just be part of normal suburban life, with people that do actual work for a living. First and foremost, Breiðholt is a very grounding place; it has a very nice feel to it once you get to know it. 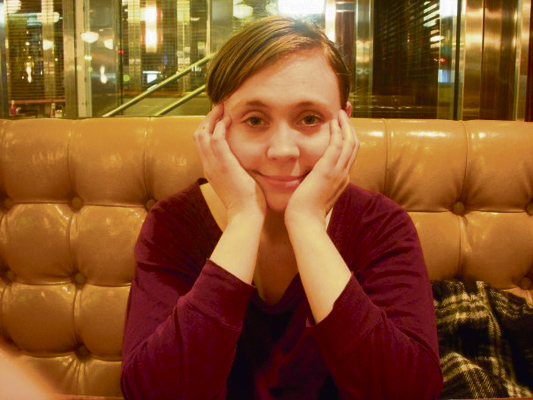 Lóa Hjálmtýsdóttir
musician, artist
Chilling out, walking for food and munching on chocolate
» The best place to chill out
There are lots of options, of course. Probably my favourite is going to Klambratún, buying a small bottle of white wine at Kjarvalsstaðir and sitting in the grassy field. It’s simple, yet alluring.
» A novel way to dine out
This is a favourite of mine. You start off by going to Sushibarinn on Laugavegur and get some of that salmon stuff they have. You then walk down to O-Sushi at Iða and get the chicken pieces and finish off at Sægreifinn for some lobster soup. This is the best fish trio in town. Except it’s not all fish. But it’s still great. 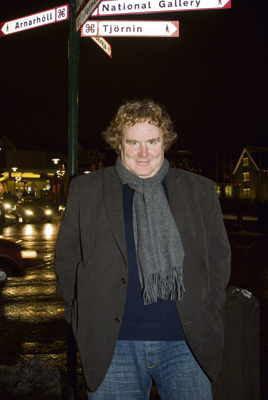 Egill Helgason
journalist
Together, friendly, going for a swim
I feel the city has even improved post-economic collapse. There’s less arrogance and hubris in the air. People seem to have more time. They converse more, are more open and one senses a greater level of empathy. Maybe this won’t go on for long, but this is how I am experiencing it now [note, this was written on February 12]. It’s a like a shared experience has brought everyone together
Even though downtown itself isn’t especially pretty, the old neighbourhoods that surround it are fun and friendly. Þingholt, Skólavörðuholt, the old Vesturbær and Tjarnargata.
Another benefit of downtown is that it has two large bookstores that are both open until ten PM.
And then there are always the pools… 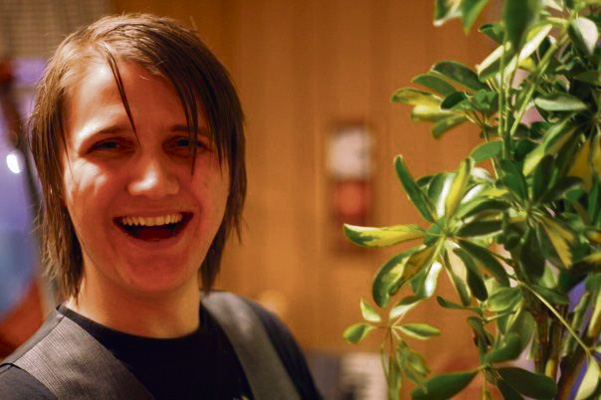 Atli Fannar Bjarkason
editor of Monitor magazine
People watching, poker
Sægreifinn is the best and greatest restaurant in the country. I think few people realize that their lobster soup complimented with one of their fish-spears and a bottle of coke is a great hangover meal. And it doesn’t cost shit in light of the quality – 2.500 krónur or something.
Gullöldin in Grafarvogur is a great bar. Poker every night in an atmosphere. The place doesn’t charge anything, so it’s all clean and legal. Their beer is also nice, and so are the pizzas.
Austurvöllur is great for human and cultural investigations of a boiling pot of different cultures and at the same time a running competition over who owns the coolest sunglasses. Whether you enjoy watching the drunks, the arty types, the groups of hnakki or the teens, you’ll always have a good time. In the summer that is. Austurvöllur sucks in wintertime. 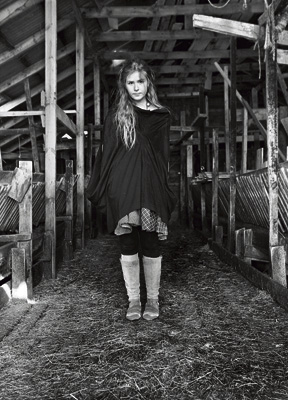 Bryndís Jakobsdóttir
musician
I love the water in Reykjavík. The water in Denmark is not good. The hot water is very expensive, and you have to turn off the shower while you soap up to save the warm water. This is something you don’t give much thought to back home. Also, taking a bath here seems impossible. No one has a bathtub, because filling them with warm water is so expensive.
In the winter, most of the apartments are cold as ice, because keeping the radiator on is too expensive. This is something you take for granted in Iceland, the warm water. And the cold water that’s fresh and invigorating.
I also miss the mountains. Moments such as driving down Frakkastígur and being faced with Mt. Esja in all its glory.
Going out on weekends and staying out ‘till six in the AM without people thinking you’re on drugs… and how close everything is.
Kærlig hilsen from København 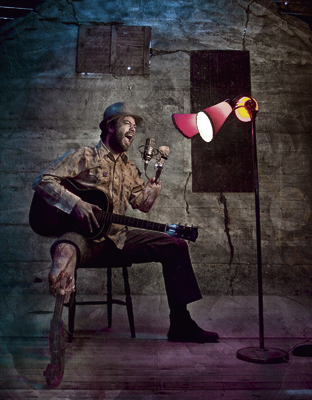 Mugison
musician
Walking, biking, sliding
I enjoy walking in Reykjavík, from the airport on. Doing the whole coastal line, along the shore, there’s a damn good path to follow that’s also nice to bike – all the way to Breiðholt, if you’re in the mood. You can stop for coffee at Kaffivagninn on Grandi or enjoy a burger at Búllan. Now, continue along Sæbraut heading for Breiðholt, up to Dúfnahólar 10 where you view the city. Then wander to the movies in Smáralind or Mjódd or – of you’re riding a bike – slide right back into town. 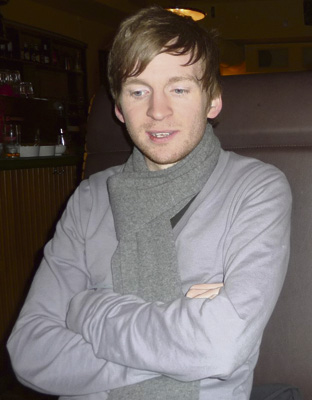 Ólafur Arnalds
musician
The smallness, the closeness
I like how small the city feels, and how easy it is to find your own kinda “social corner” of the city. I like taking my computer out to a café and doing my work there instead of at home. 90% of the time, I’ll meet someone I know and can keep me company while I reply to tiring music-management emails. I also like how close the city is to “nowhere”.
Last weekend I went with my friend to her summerhouse positioned in a mountainside, right by a beautiful lake. It was a spontaneous decision, taken late on a Friday night after quite a few tequila runs (the act of running to a random bar just to take one tequila shot and then run back to wherever you were. Singing the tequila song is crucial while doing this), so we took a taxi. It took 15 minutes to get there and cost less than taking a cab to Mosfellsbær.