August is your last chance to see the cavalcade of classic Icelandic films that have been playing at Bíó Paradís this summer. Especially worth seeing are two films—‘Heima’ and ‘Backyard’—that capture the local music scene in the last decade.
For many, the music of Sigur Rós conjures up images of the Icelandic countryside, magnificent mountains and peaceful fjords. It’s somewhat ironic that initially they primarily appealed to big city folks, whereas country-dwellers in Iceland preferred the more dance-friendly, less cerebral concerts given by mainstream pop bands with sól (“sun”) in the title (such as SS Sól, Á móti sól or Sóldögg). ‘Heima’ (“At Home”) from 2007 documents the attempts of the ethereal elves to bring their music back home. The locals at first seem puzzled by the latté-drinking, lopapeysa wearing post-rock superstars but are soon won over. The setting is fantastic and the music is sublime. A darker undercurrent in the film is the damming of the highlands, which was vigorously protested by the band. Perhaps one day ‘Heima’ will be seen as a vital document, not just of a great band at the peak of their powers, but also of these isolated communities before the dams of modernity burst. 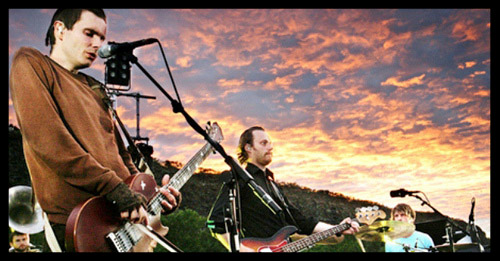 Whereas Sigur Rós set off to explore the countryside, ‘Backyard’ keeps its heart firmly in 101 Reykjavík, revolving around a concert held in somebody’s backyard on Culture Night in 2009. It is perhaps the ultimate cinematic document of the ‘krútt’ (“cute”) generation of Icelandic musicians who grew up in the shadow of Björk and Sigur Rós, where originality was key and international fame was just around the corner. Múm are the biggest stars here and Retro Stefson the brightest hope, but it is perhaps the band Reykjavik! that gives the best performance, rocking out fiercely and at some point attempting to eat their microphones. FM Belfast closes the show surrounded by fans on all sides, some of them only in their underwear in keeping with the lyrics, which prompts the band to do the same. Like the music, the film is low-key, intimate and charming, a sort of ‘Rock in Reykjavík’ film of this new generation.