A School For The Beer-Curious

In a small lecture hall doubling as a private bar, twenty men raise their glasses and have a big gulp of Egils Gull as Stefán “Stebbi” Pálsson begins the bjórskólinn (“beer school”) curriculum. The school is hosted by Ölgerðin, one of Iceland’s two largest breweries, and offers the obtuse a chance to learn more about beer and its culture. We recommend that students don’t arrive on an empty stomach and pace themselves, as even the hardiest of people can be toppled by the school’s free refills.

We begin our adventure by looking into the history of beer and its culture. The lesson takes us back to ancient Mesopotamia where an individual thought for one reason or another that it would be a great idea to drink water containing rotting crops. Without this selfless sacrifice, we may have never discovered the wonderful effect that fermented barley can have on people. Stebbi continues showing off how well his history degree goes with his love of beer, suggesting, for example, that the Egyptian pyramids were not built by slaves, but by labourers paid in beer, which may in turn may explain why they are so slanted.

Stebbi traces Iceland’s history with the same tongue-in-cheek attitude, proposing that the south-west of Iceland was settled early not because of its good weather, but due to how well it was suited to growing beer-brewing-barley. Several Icelandic heroes are named and shamed as drunkards including Egill Skallagrímsson, after whom the brewery is named. He is said to have been a terrible drinker from the alarmingly young age of four.

The 20th century is talked about in greater detail, as Iceland suffered a ban on beer through the majority of it. Stebbi uses every opportunity to joke about politicians, religious orders and doctors, detailing how the populace thought of clever ways to get around the prohibition. One example of this includes convincing the Supreme Court that bars could legally sell pilsner mixed with a spirit as it wasn’t beer, but a cocktail that happened to taste like beer. Then in 1989 Iceland became the last country outside the Islamic world to legalise the sale of beer. 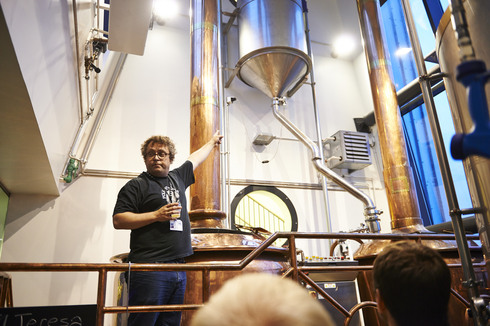 Learning first-hand is the way to go

The class is three or four beers in when we stand up and take a stroll through the building, visiting the Borg microbrewery and the main Egils distillery. To comply with health and safety standards set by PepsiCo, whose products are manufactured and distributed by Egils, everyone including the bald students has to wear a hair net throughout the orientation. It proves to be worth the discomfort, as we get to see just how massive the Egils operation is, producing an astounding seven million litres of beer last year, compared to Borg’s modest 100,000.

Sitting back down in the classroom, the students get to taste seven different beers—three locally brewed and four imported varieties—that showcase different brewing methods. We start with the Icelandic Egils Lite that is brewed according to the American lite tradition, followed by the hops heavy Bríó of the Borg brewery and this journalist’s favourite Boli from the Egils main brewery.

Contrasting with these Icelandic beverages are imported beers from the continent and British isles, each of which is steeped in long brewing traditions: the bitter British Hobgoblin Ale, smooth German Weihenstephaner, and the dry roasted Irish Guinness stout. The final beer of the night is the heavy 10% Le Trappe Quadrupel from the Netherlands. It both steals the scene and guarantees that nobody leaves Ölgerðin with a clear head. 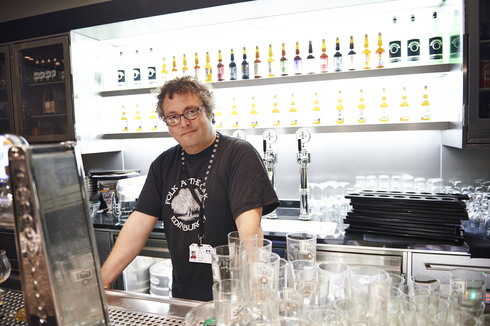 Stebbi keeps the lessons fresh and light hearted, throwing in football and political jokes as he refills everyone’s beer glasses and snack bowls. He also shows that he has lots of experience running the class, raising his voice appropriately when the students start showing the effects of their beer consumption.

The class runs longer than advertised, but nobody complains. The information sponges amongst us seem to be satisfied with their newfound expert knowledge, and will undoubtedly recount the difference between ale and lager, and how processing the malted barley in different ways leads to drastically different beers the next time they go out for beers.

Even those who appear to care less about what the IBU (International Bitter Unit) scale is, what IPA (India Pale Ale) is, and what temperature beer should be enjoyed at, are happy to spend the evening drinking beers with friends. 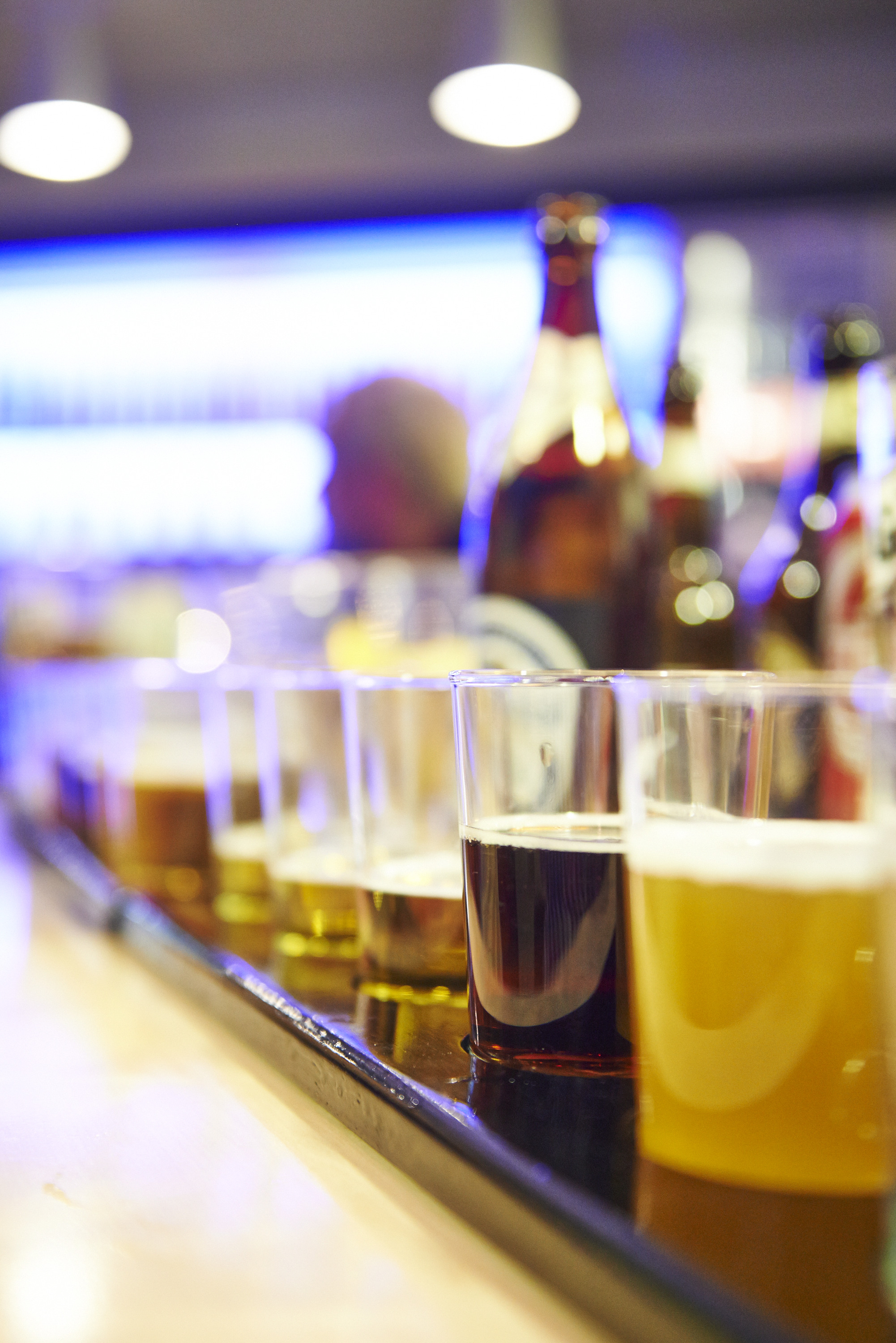 In Hot Water: Switching Off From The World At Krauma Spa

Around The World In A Day: Experience Iceland’s Lava—From The Earth To The Sea

Postcards From The Volcano

by The Reykjavík Grapevine 12:00 pm