Lemúrinn: The Icelandic Tourist Experience In 1925

In July 1925, a German cruise ship called the SS München stopped in Reykjavík, its first stop on a month-long trip to the wild north, including subsequent stops in Jan Mayen, Svalbard and the north of Norway before returning to Germany in August.

Iceland’s tourism industry had not really taken off in 1925. A cruise ship landing in Reykjavík was rare enough that newspapers reported detailed information about the ship, its passengers—about 400 people—and their itinerary during their stay in Iceland.

They stayed in Iceland for two days, spending their first day at Þingvellir, where they listened to a lecture about the ancient Alﬂingi, and their second day in Reykjavík, where they enjoyed the capital’s rich cultural life including a wrestling match and a performance by a female choir wearing national costumes.

According to an article in the newspaper Vísir, the passengers included “members of the German Friends of Iceland society, including the director of the society’s new Berlin division, the merchant herr Emil Deckert.” Also on board was the photographer Richard Fleischhut, who took the photos that appear here.

The newspaper urged its readers to treat the foreigners with “the utmost kindness and friendliness.” 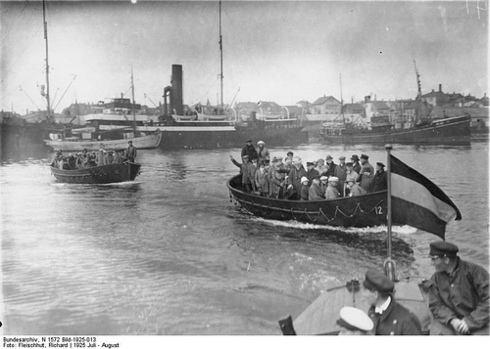 The Germans coming ashore at the Reykjavík harbour. 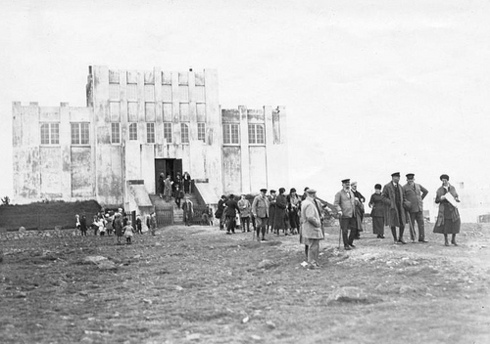 This almost post-apocalyptic scene is actually our German tourists exiting the museum of sculptor Einar Jónsson on Skólavörðuholt, the hill in the city centre where Hallgrímskirkja now stands. The museum, which opened in 1923, is the first art museum in Iceland. 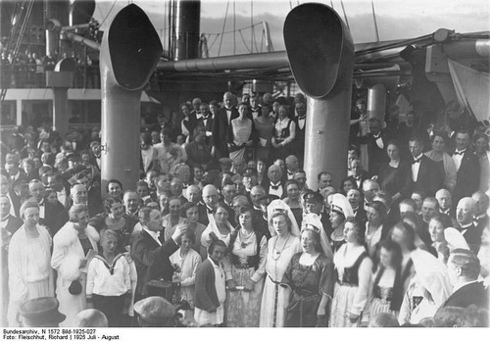 A female choir dressed in Iceland’s national costume performing onboard the SS München. 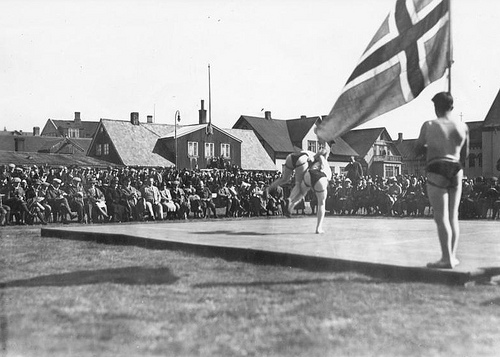 It is a sad modern development that exhibition matches in Icelandic glíma wrestling are no longer held, especially for tourists. The German tourists sat in the front row for this match staged at Reykjavík’s central square Austurvöllur. 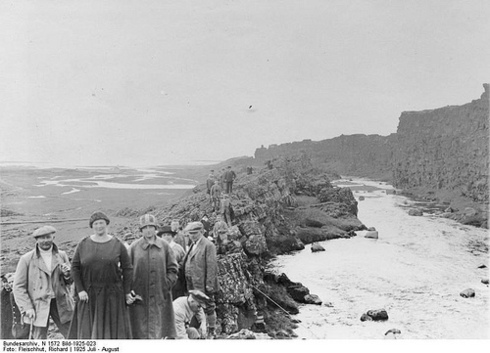 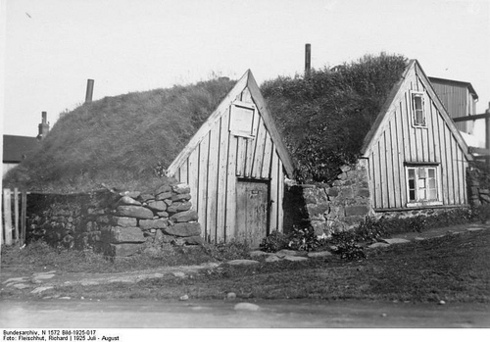 Traditional Icelandic turf dwellings slowly disappeared during the first half of the twentieth century, but here we see an example from Reykjavík, still inhabited. 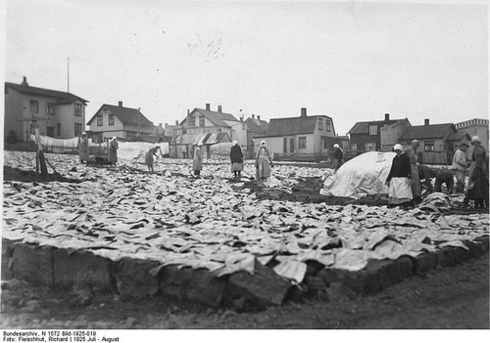 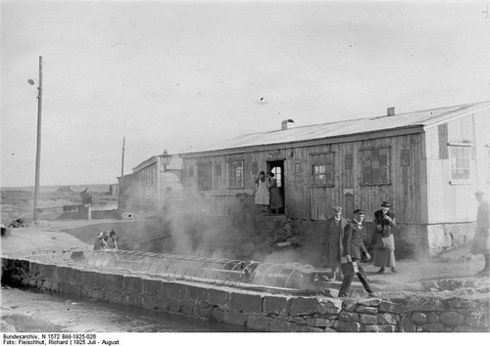 The hot spring in Laugardalur, where generations of Reykjavík’s citizens did their laundry until the 1930s when the city got its first hot-water supply. Laugardalur is now better known for its swimming pool and sports arena.

Vera Illugadóttir is one of the editors of an Icelandic web magazine called Lemúrinn (Icelandic for the native primate of Madagascar). A winner of the 2012 Icelandic Web Awards, Lemurinn.is covers all things strange and interesting! Go check it out at www.lemurinn.is.