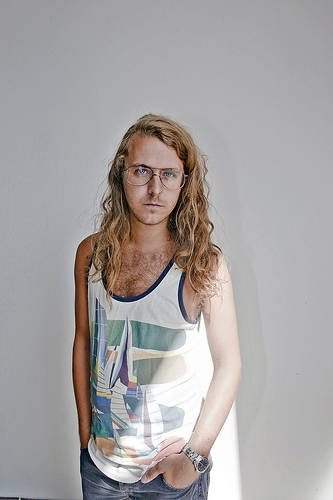 The ever-growing number of tourists has brought economic prosperity and a whole lot of fun or dullness to town, depending on who you ask. But what is the new face of Reykjavík doing to the hipster in the mirror?
The number of tourists in Iceland has grown by 110% since 2003. And the summer of 2013 is sure to break all records; so far, the year has seen a 45.5% increase compared to 2012—if the trend continues we’ll break the 900,000 tourist-wall only seven years after we broke the 400,000 one. This is apparent to anyone who spends time downtown: whole families clad in Gore-Tex from head to toe, euro-hippie couples with backpacks, psychedelic head scarves and frowzy beards, and packs of young stock brokers with thousands of dollars to burn on drugs and alcohol grace the streets of 101 Reykjavík like never before. Moreover, they do so all year round, even in November and February.
Why do these people come here? For nature, primarily, but secondarily for something we could term the Reykjavík hip scene (I’m using ‘hip’ and ‘hipster’ here in a non-derogatory fashion, loosely denoting a young and stylish crowd that likes art, loves parties and doesn’t seem to worry too much about things like politics and money). They have heard about the long and rowdy Reykjavík bar-nights, they have read something positive about our art and music somewhere and now they want to experience it first-hand.
WE ARE SELF-CONSCIOUS
At this point, the hipsters of Reykjavík know very well how they have been presented to the outside world. Journalists from fancy magazines have come here, perceived us as a bit wacky, quite uninhibited, extremely creative, and waxed poetic about it all to readers across the world. There exists, now, a somewhat approved image of the Icelandic hipster. The result? We are self-conscious.
See, there is some sort of gold rush happening in town; new hostels and hotels and tour offices and tourist-what-have-yous seem to open every week. And perhaps this mentality has seeped into our behavioural systems. More and more, it seems like we are playing a role. We act and dress as if Laugavegur were Bedford Avenue. We throw countless afterparties for anyone and everyone. We feel obliged to show tourists a splendid time in the proper, prescribed fashion. In other words, we put on a show, the very show that tourists have paid good money to come and see. The scene feels eerily like a stage these days.
WE ARE THE SIMULACRA
I was going to try not to evoke this term, but it seems like ol’ Baudrillard pretty much nailed what’s going on with his concept of the simulacra: We are copies of an original that doesn’t exist anymore—it probably never existed outside the minds of partying media representatives high on Sigur Rós’ golden whale tears—proliferating points on the Borgesian map.
So far, we’re doing a very good job and everybody just seems to be enjoying themselves. The trade-off is fair enough: Just play the role and the tourists will smile. You don’t really make a profit (a beer or two, a joint perhaps) but making someone smile is always worth it; hell—you might make a friend for life. One cannot help but wonder though if with time this new identity will take on a life of its own, one separate from our ‘true selves,’ but still stick—like a mask super-glued to your face.
WE ARE ON THE SCENE
Of course, upon closer inspection you realise this is only postmodern business as usual. ‘Scene’ literally means ‘stage’ goddammit, so being ‘on the scene’ means being on stage. So maybe what I’m describing is only the stale core of the hipster debate itself: Those who ‘play the role’ are non-hip ‘hipsters’ and those who don’t give a shit and are ‘authentic’ are plain cool. But this distinction is false and impossible to gauge. Moreover, such a view prioritises the ‘real,’ the ‘natural,’ the ‘authentic,’ the ‘organic,’ the ‘original’—it imposes a hierarchy I’ve never understood because fake can be just as good. Sometimes it’s better.
All of which is to say that while this may be happening, I’m not afraid. I don’t think playing this game is a symptom of us consciously or unconsciously heeding the market’s desires. I don’t even think it signifies a watering-down of the true coolness that gave us our rep to begin with. Rather, I think we didn’t quite recognise ourselves in the pink gleam of the media-mirror—who were all those awesome, crazy, artistic and friendly people anyway?—and just wanted to look a bit more like them.
Atli Bollason is a professional bohemian.