On To Greener Pastures, Hopefully 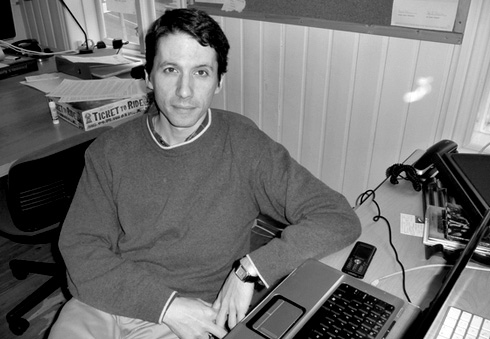 If 2011 taught me anything about politics in this country, it’s to take nothing for granted, and that it’s not easy being green—but it’s super easy to say you are.
Take Icesave for example. When the Landsbanki resolution committee made their first payment to the UK and Holland, I breathed a sigh of relief. Finally, I thought, we can at last stop hearing about Icesave, people can stop arguing about Icesave, and I can stop writing about Icesave. We’ve done our bit now, right?
Nope! We may have wanted to move on, but the European Free Trade Association (EFTA) certainly didn’t forget the whole reason this thing started in the first place—former Minister of Finance Árni Mathiesen letting Icelanders, but not foreigners, withdraw their money from Landsbanki. Apparently it’s against international law and violates our treaty with EFTA or something to discriminate so blatantly like that, and still makes people upset even three years after the fact. Touché!
At the same time, I honestly believed that the dioxin scare was going to snowball into something greater. I hoped that discovering that burning our trash puts toxins in our soil and food, would lead to our government taking environmentalism more seriously. I mean, one of the parties in the coalition government is called the Leftist-Greens. Environmentalism is sort of a major part of their whole raison d’être, and they’re in charge of the Ministry for the Environment. So what was the response? Temporary incinerator closings, some scaled back trash-burning hours, and that’s pretty much it.
Should I be surprised though? These are the same “environmentalists” who don’t seem to be in a hurry to end whaling, who have few qualms with another silicon dioxide processing plant being built in this country, and who don’t seem to be particularly concerned about repeated reports of the appalling state of factory farming in this country.
I agree our government is leftist, and I’m one of few people who think their economic policies are doing our country good. But where’s the green, exactly?
If I could have one wish for the political landscape of this country in 2012, it would be to see environmentalism made a real priority, instead of resting on our geothermal laurels while we brag about how green we are—as we’ve usually done in previous years.
—–