“I can go crazy over an old coat,” laughs Helga Pálsdóttir. “If they fit
and they’re of a nice fabric, I can go nuts,” she says, then pauses. “I
will go nuts!”
At Red Cross stores, where Helga works, going nuts for clothes pretty
much comes with the territory. “It’s a little bit of this and that,”
says Helga. The charity organisation’s four shops in Reykjavík are a
dangerously addictive intermittent reward system—you never know when
you’ll make your next thrilling find, so you’re compelled to keep
searching. 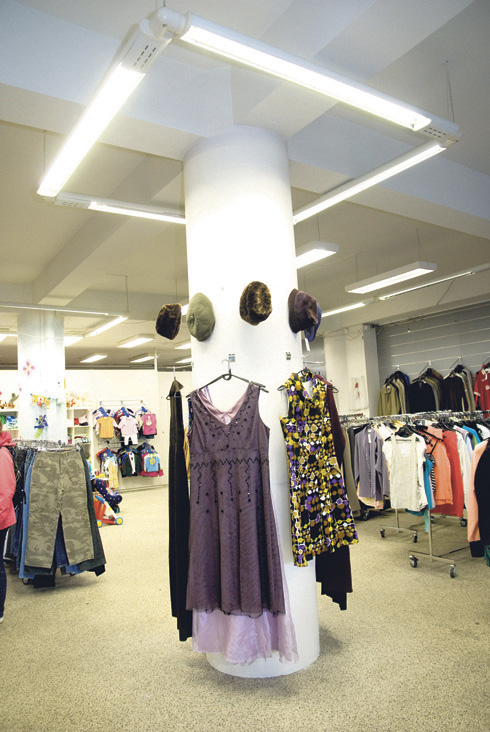 Top quality trash
The Red Cross is bursting at the seams with Iceland’s best quality
refuse. Siguringi Sigurjónsson dropped by after work and put together a
dapper golf outfit. Inexpensive, yet classic, is what Siguringi was
looking for, and he found it in spades.
Helga attributes the Red Cross stores abundance of good quality clothing
to Iceland’s former buying power. “This has been a very affluent
society for many years, despite the banks’ collapse,” Helga says. Even
if designer labels are your thing, Red Cross has something for you—Helga
name-drops the labels Versace, Armani, and Dolce & Gabbana. 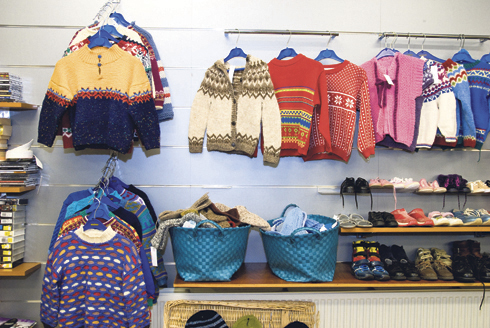 Clothing geology
A great thing about wearing used garments—designer and otherwise—is that
you probably won’t run into your style doppelganger on the street
(unless you’re some sort of ‘hipster’), because your clothes have
already been through the used clothing cycle.
Can we uncover past Icelandic trends by looking at the strata of goods
deposited over time in Red Cross stores, just like geologists look at
the strata of ash in soil to determine when a volcano has been active?
Most clothing on Red Cross racks, for example, was made somewhere else,
often Norway or the UK. Within the past few decades, at least, Iceland
has relied substantially on imported clothes.
A welcome exception to that rule is the bountiful knitwear on offer:
cheap socks, caps, gloves and, of course, the Icelandic pattern sweater.
Helga says the Red Cross corrals its sweater population into the small
store at Laugavegur 12, because the sweaters are popular with tourists
who frequent the shop.
Many visitors to Iceland are unabashed about buying second-hand. “You
see a lot of foreign people coming in here, people that are more used to
this where they come from. They’re not shy,” Helga says.
Icelanders, on the other hand, can be a little more cagey about sporting
used attire. “This type of second-hand store is not something we are
brought up with,” Helga says. “This is new for us. People aren’t really
used to second-hand,” Helga says.
Indeed, it seems second-hand clothes are a relatively new thing for
Icelanders. The Red Cross’s first shop, the small space at Laugavegur
12, has only been around for ten years, and the Hlemmur location at
Laugavegur 116 has only been around for two.
Anna María Ingveldur Larsen, a young mother shopping with her daughter
at the Red Cross, agrees. “Some people think it’s weird,” she says of
buying there. “They think it’s just for poor people.” She remembers when
she was new to Red Cross shopping, not very long ago. “I thought it was
just crap here, but it’s not.” 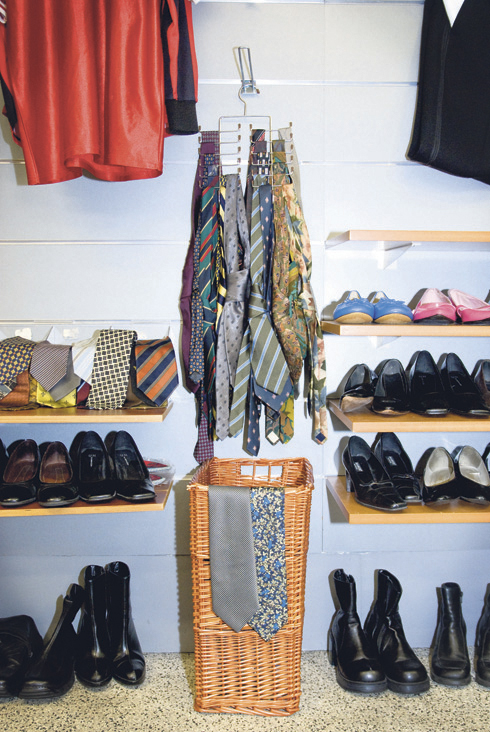 Bohemian revolution
Siguringi finds that feelings toward second-hand clothing vary depending
on where you’re from. People who live around downtown Reykjavík “are
more citizens of the world,” he says, “but if you go outside of this
area, you might run into people who don’t do this kind of shopping.”
“They’re quaint,” Helga says of a certain species of Red-Cross-shopping
downtowners. To stereotype for a moment, these people “prefer to walk.
They may have a more healthy lifestyle,” and they’re “arty,”
environmentally conscious people. Not such a bad reputation to have.
But the second-hand trend seems to be catching on more broadly. Red
Cross’s revenues have been increasing steadily, Helga says. The people
of Reykjavík are gaining respect for old things, especially after the
economic crash. Fittingly, the newest Red Cross store in Reykjavík is
based in an old Kaupthing bank building. 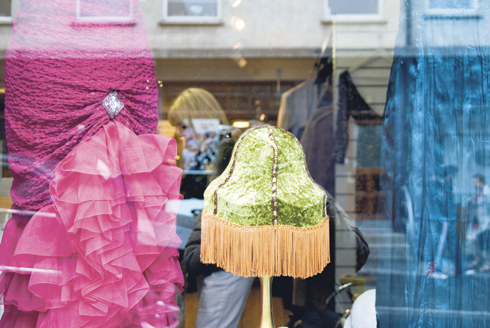 A penny saved is a penny earned
The money the Red Cross earns goes to causes around the world. Helga
tells me that four Reykjavík Red Cross stores, alone, provide aid to
6.000 orphans in Malawi, many of whose parents have died of AIDS.
The charity also helps local people. The clothes that aren’t bought up
go into the back room, where every Wednesday between 10:00 and 14:00
people can pick up two full bags for free.
“Not only are you doing a good deed, because you know the money is going
to be spent on some well-worth-it cause, but you’re also preventing
this huge consumption. This is like recycling. We’re preserving energy,
which should be so Icelandic,” says Helga.
Right now, Helga is helping give the Red Cross a bit of a makeover. “We
want to look more like a regular shop,” she says—a regular shop that
just happens to get amazing, good quality clothes in all the time, and
sells them really cheap. “We’re just hoping that by fixing the place up
we’ll get more people to come in and buy.”
Get ‘Em While They’re Hot!
Faux fur coats: about 8.000 ISK
Icelandic pattern sweaters: about 4.000 ISK
A black men’s tuxedo: 8.000 ISK
Like-new handmade socks and mittens: 600 to 2.500 ISK
One pair suede short overalls with heart-shaped pockets: 3.000 ISK
One red and navy checked skinny tie: 600 ISK
Lots of sexy lady lingerie: from about 800 ISK