Two Shorts About Love You Don’t Want To Miss

After checking out the 20 short films that will be featured at RIFF this year, I can testify that there are many fine films competing. Two of them stood out from the rest in my opinion, so I  called up their respective directors to talk about them. It turns out they have a thing or two in common. Both directors are female, recent graduates from US universities, and both are currently living in the States. Furthermore, both have crafted films about love that manage to be simultaneously cruel, complicated and tender, despite being very different in nature: one featuring a handsome young couple and the other a lonely Romanian truck driver in Canada.

HOW LITTLE YOU REALLY KNOW

It is early morning in New York when I Skype Ása Helga Hjörleifsdóttir to talk about her 17-minute short ‘Love Story.’ Ása, who graduated from Columbia Film School last spring, tells me that RIFF was actually a key factor in her decision to go there: “I had studied literature and done some acting. But when I worked as a guest coordinator at RIFF I met a lot of people, many of whom had attended or taught at Columbia. After learning about the programme first hand, I realised this was the place to go—so I applied a month later and started school in 2008.” 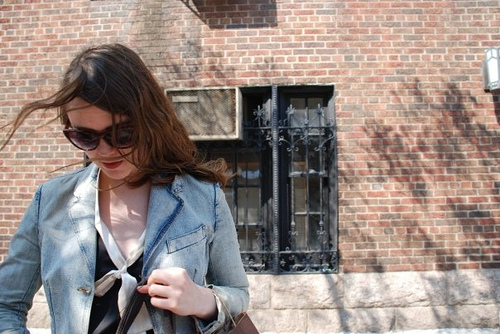 Now she returns to RIFF with her short, which follows Solange and Baldur, young lovers in New York who seem perfectly happy. That is, until Solange follows Baldur goes back to Iceland and learns how little she really knows about the one she loves.

“These are my two countries, and the idea is that Baldur feels better in New York until the seasons change—both literally and figuratively. And he sort of thinks: better the devil you know than the devil you don’t know. And I tried to bring the landscape of Iceland and Brooklyn into the characters; I thought it was fascinating to see how foreign Iceland was for her, both geographically and emotionally. And I hope the contrast shows, how the psychological elements play with the landscape.”

Still, the focus is not on mental problems; it is on love, Ása explains. “The mental problems represent a mirror to reflect love in, how you think you know a person, but then all of a sudden… it was a good vehicle for a lot of things I wanted to say.”

Finding Solange proved to be quite difficult. “It was May last year; I’d gotten a grant from the Leif Eiríksson foundation, so I could hire a casting director. We had done auditions for weeks and I was getting very desperate. I had to postpone my trip back to Iceland and we decided to go to the next level, which is ‘offer only’—where you contact actresses that were not doing auditions any more. The casting director asked me to make a list of five names I would like to work with, and I remembered I’d seen a film with Katherine Waterstone called the ‘The Babysitter.’ A very flawed film, but she was great in it…”

The daughter of actor Sam Waterstone, of ‘Killing Fields’ and ‘Law and Order’ fame, Katherine has been getting small roles in Hollywood films such as ‘Michael Clayton’ and ‘Taking Woodstock.’ “Her agent got the screenplay, found time to read it when his lunch meeting was cancelled, and felt it was perfect for her. And then she fell in love with the character. She called me right away, driving to a movie set, and we talked for an hour. About this movie and Bergman and other films, we spoke the same language and she was a joy to work with.” This all happened on the same day and then the day after the agent called again and asked to see some of my other work—now he’s my agent too.”

In addition to making this short, Ása has been earning a living doing freelance script jobs and will for the first time be an assistant director for a feature film: Alison Maclean’s upcoming, ‘Jesus’ Son,’ starring Laura Dern. She is also currently working on a script to Guðbergur Bergsson’s famous novel ‘The Swan,’ which she tells me is what inspired her to become a filmmaker in the first place.

Sara Gunnarsdóttir has a degree in experimental animation from the California Institute of the Arts and currently lives in Los Angeles. Her background is in painting, but she became smitten with the art of animation at the Icelandic University of the Arts. In 2009, RIFF screened her debut film ‘Sugarcube’—a very contained simple story, beautifully done in only three minutes. She returns to RIFF this year with ‘The Pirate of Love,’ which is seven minutes longer and a lot more complex. Part of it is based on live action interviews and half of it is animated, usually accompanied by songs from a mysterious singer. 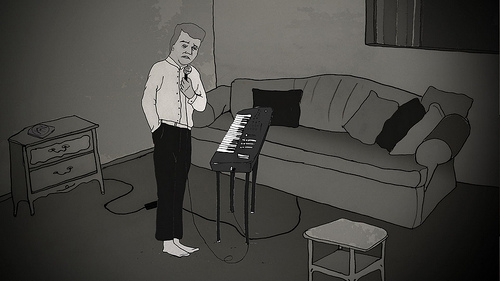 “My old friend Helgi, who’s the main narrator in the film, brought this burned CD with him from Canada, with songs from this guy known as Daniel C. And it became a bit of a mini-cult amongst a few Icelandic friends. They were fascinated, not only by the music but also by the story,” Sara tells me. The story in question seems to be of a Romanian truck driver in Canada who writes songs to his sweetheart, which some claim to be a little too young for his affections. The songs from that bootleg CD feature during the film’s animated scenes. The singer’s many stories vary and none of them are verified,” she explains.

“Originally it was only supposed to be Helgi’s voice over the scenes, but then we realised since there were so many different versions of the story that we should include more, to give people the feeling for this urban myth. But there may be no truth to it at all.”

The face of the unknown Daniel C. is ever changing and at one point Helgi’s face even morphs into his. “I was slightly afraid of using animation and live action together so I sometimes morphed scenes together,” Sara says.

Just as Sara was finishing the film, she found out that the CD was online at Grooveshark (just type in Daniel C. there if you want to listen). “I was a bit scared that maybe this was him trying to promote his music—and he would hardly be happy with the film,” Sara says. “I was always hesitant to include it in the movie. But then I just have to trust people to realise that these are only stories. I’m not accusing anyone of anything. It deepens the film, adds a new layer.”

Then a loud sound interrupts our conversation. “Oh, it was just a police helicopter,” she claims. “This is not exactly the best neighbourhood in LA.”

Pairing up with her husband

In addition to making her second short, Sara has also been freelancing. “I’ve gotten some good freelance gigs, such as doing animation for MTV, based on Crissie Hynde and Sid Vicious, where they gave me free reign. And I also did a music video for Kira Kira, who will perform at Harpa during RIFF and my visuals will be shown there,” she says. But the next short film she hopes to make is with her filmmaking husband and former classmate, Ethan Clarke: “We’re mulling over a story he wrote about a man in his forties who dreams of becoming a forest animal.”