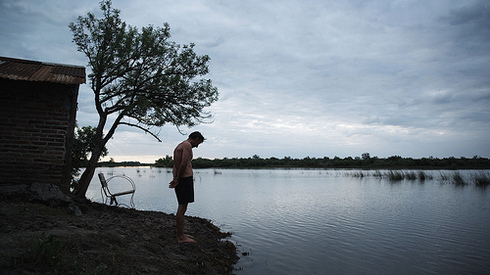 Victor Kossakovsky, acting as his own cameraman and editor, has the whole world in his hands, as this mostly contemplative travelogue moves with liquid ease between sets of locations on opposite sides of the globe: a bridge over a muddy Argentine river and Shanghai’s smoggy traffic; big-sky vistas of Patagonia and Lake Baikal; the lava fields of Hawaii and savannas of Botswana; lofty Miraflores, Spain, and Castle Point, New Zealand. Victor indulges in upside-down cameras, but also impossible tracking shots and extreme focal lengths, allowing for fresh-eyed wonder at some seriously breathtaking landscapes, as well as the seriously droll people carving out livings from them. Mixing and mismatching ethnic music, Victor avoids easy dichotomies; everywhere he shoots feels like the very end of the earth. 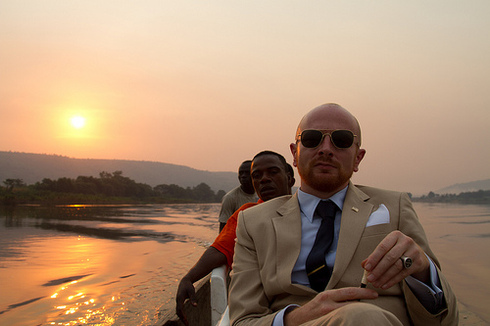 Mads Brügger is the Sacha Baron Cohen of the investigative documentary, which is as much a compliment as you want it to be. Here, he becomes, via back-channel palm-greasing, Liberia’s consul in the Central African Republic. With a diplomatic passport, he can, in theory and perhaps in practice, carry out diamonds. Brügger is more successful at stifling his conscientious self-doubt here than in his North Korean comedy tour ‘The Red Chapel,’ embracing his colonial affectations—there are many close-ups of his brown leather riding boots, and a subplot concerns his noblesse oblige towards two ‘Pygmy’ helpers. Though Mads plays up a shadowy atmosphere at the expense of logistical clarity, the broad strokes painted by the characters he meets—Western meddlers, soldiers of fortune, grinning, corrupt and constantly plotting officials—at least add up to a believable picture of the postcolonial mess we’re in. 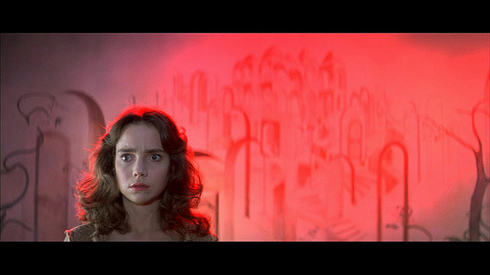 Though Dario Argento is a guest of honour at this year’s RIFF, veneration has hardly tainted his oeuvre, forever may it gush sticky-red, like so much fake blood. In this, his calling-card movie, innocent American abroad Jessica Harper arrives, then inexplicably stays, at a witchy German dance school—you know it’s witchy because someone on the soundtrack keeps whispering “Witches!” and because of the frozen menacing grins of the servant grotesques. Argento jazzes up exposition with random pans across Escher-inspired rococo interior décor; his suspense setpieces are full-throttled with lighting gels and wildly oscillating musical cues going from zero to hysteria and back again, in ways not always matched by the onscreen action. The frankly unbalanced, stilted to freaky tone, makes it seem as though anything might happen; it frequently does. 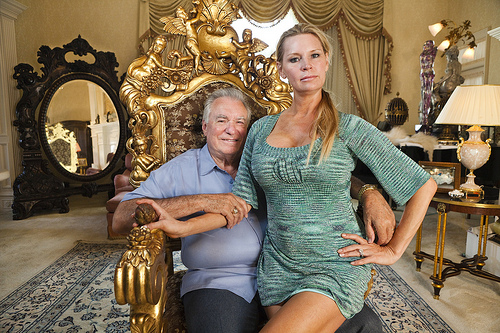 Lauren Greenfield set out to make a documentary on septuagenarian time-share magnate David Siegel and his buoy-boobed wife Jackie—as they constructed the largest single-family residential home in America, inspired by a trips to the former palace of Louis XIV and the Paris Las Vegas Hotel & Casino. The financial crisis, though, put an entirely different spin on her metaphor for the American dream of consumption on endless credit. To pick one of very many scenes of well-intentioned yet tone-deaf stabs at humility: Jackie, stalking the carpets of their Florida mcmansion in heels and camouflage hot-shorts, lecturing her son following the starvation death of one of their many exotic pets. He responds, “I didn’t even know we had a lizard.” Lauren Greenfield offers time and sympathy to the increasingly unhappy couple (her putting on a brave face for kids and camera, him retreating into work and dreams of a return to dominance), but her film nevertheless makes one wish, fervently, for the day in which it might be viewed in a history class about America’s decline. 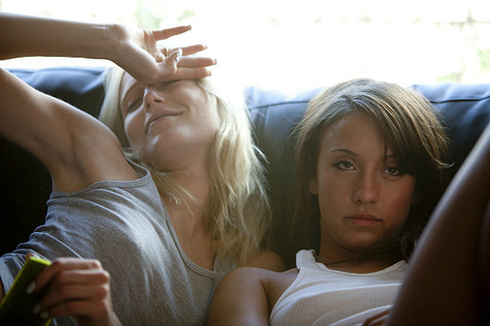