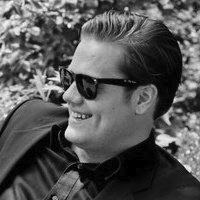 It starts with a fella chomping on a fluorescent fish in the dark, light pouring out of his mouth. Unfazed, his first words are “what protein is this?”

Ferran Adrià is a chef’s chef. If he were a musician, then that would translate to a lifetime of obscurity. But in the world of high cuisine, the lines between the consumers, producers and critics are blurred. We may not all know how to play music but we all know a little about making food. And we are all capable of appreciating food, even if it’s from an alien culture and based in a system of foreign notes and tones.

elBulli’s name has spread far beyond the confines of Cataluña and many more knew of elBulli than ever had a chance to indulge their palates there. I use the past tense as on July 30, 2011, this haven of mad food scientists, food geeks and snobs, closed its doors for the last time. The three Michelin star restaurant that revolutionised modern cuisine, the prime mover of the craze known by some as molecular gastronomy (Adrià preferred ‘Cocina de vanguardia’ or ‘deconstructivist cuisine’). Running at a massive loss for a decade, closed six months out of the year and having employed over 2.000 chefs, cooks and waiters over the last 25 years, the broth did seemed destined to spoil.

The documentary ‘El Bulli: Cooking In Progress’ documents the closing and reopening of elBulli during one of its six month hibernation cycles, its final cycle as fate would have it.

The film is a German production, which seems fitting seeing it was German Hans Schilling that founded elBulli in 1961 as a minigolf beach bar. Although the film is practically anti-Herzogian with its lack of narrative or confrontation, an unkind soul could say that there’s something very Germanic about it. It’s a distant affair, the camera hovers around the peripheries like a student unobtrusively observing masters at work. The texture of the film is typical for Spain. Digital footage of Spain tends to be suffused with a slick of ochre-silver dawn (Almadovar fought this by filling his frames with humans and bombarding everything with primary colours). But the cool texture and reverential approach is perfectly suited to elBulli.

For all his accusations of insanity, elBulli was always a pared-down affair. It was a place where talented, creative people came to methodically work their way through every food stuff known to man and explore as many of the combinations and transformations it could undergo. And this is why the doc is being covered in the food section instead among the general population. Unless you are already passionate about experimental cuisine, this film is likely to be a little dry for you. The techniques are probed in a way the main players never are. But to call ‘El Bulli: Cooking In Progress’ boring is to miss the point. Like a chef in training you’re expected to be silent and pay attention. Would-be-chefs and foodies are sure to pore over this fascinating insight into the creative process at elBulli in the way Beatles fans do with Abbey Road footage.