Everything But The Goldfish Bowl 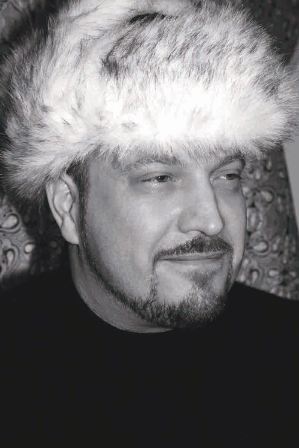 On June 12, after months of relative international silence, Jóhanna Sigurðardóttir, Iceland’s Prime Minister, grants Reuters a rare interview. Patting herself on the back, she tells Reuters that struggling Eurozone members should seriously consider taking leaves out of Iceland’s Economic Repair Manual.
Here are some key DIY pointers: “We believe and so does the IMF that our case may be a role model from some of the countries in crisis now.” Apparently, “Iceland’s mix of measured austerity and unorthodox policies—such as private debt forgiveness and defending welfare payments as much as possible—could offer some lessons to Eurozone members.” Bold statements indeed!
Yes, as far as the IMF is concerned, and as far as Statistics Iceland are concerned, things are looking up. Unemployment is down from 7.5% to 5.1%, GDP growth will likely soon hit 2.7% (compared to ailing Greece and failing Spain, that looks like a bloody miracle)—but isn’t offering lessons in “debt forgiveness, austerity and sovereign default” a bit much?
And the boldness doesn’t end here: “Becoming more disciplined and lowering state expenses, while at the same time keeping the welfare system strong, is what needs to be done to have wide support from the public for such measures.”
Remind me. What was that Kitchenware Revolution? Why were eggs and skyr always out of stock at Bónus? And: Why did two referendums take place?
Is all this praise in the international media going to someone’s head? Either way, Reuters seems to be swallowing everything but the goldfish bowl.
Thankfully there are still a few international beacons of equilibrium this month. Here’s Stefán Karlsson in The Christian Science Monitor: “[Although] growth has recently been positive in Iceland, the absolute level of output remains well below the previous cyclical peak.”
And: “And as long as output is below it, we can clearly say that the current state of the economy is unsatisfactory. […] The entire slump in Iceland came after its currency started to depreciate and its modest recovery started only a long time later after its currency had stabilized.”
Or here’s Philip Aldrick in the Telegraph: “The country is not back in full health by any stretch of the imagination […]. The public finances have been trashed […]. Last year debts were 65% of GDP.”
Granted, in Iceland, a very small “European” country, things have turned around much faster than expected, and granted there is reason for some moderate back-patting. But let’s not run before we can walk—one would have thought we’d already learned that lesson.
Now the biggest problem facing Iceland in the near future is these stringent capital controls (something that Greece—yes even though they’re in the Eurozone—is now considering even without giving up the Euro).
In an interview with the Financial Times (FT), University of Iceland’s Ársæll Valfells explains the consequences of capital control: “Initially, the winners include the local banking system. They can borrow in […] controlled currency, and use it to buy claims on anything else […]. The problem comes when the assets of the locals get so damaged due to inflation and negative real rates that the real liquidity in the system is reduced.”
And a recent IMF employee also told FT: “There are no winners in capital controls. But if banks and your economy are losing capital, you may use them to stem the tide.”
So might we, by chance, just be stemming the tide?
Well, see what Ársæll has to say about it: “Eventually the banks hit a funding problem, because inflation and devaluation offset the effect of money creation.”
And, don’t shoot the messenger, but it appears an asset bubble may be about to burst. According to Bloomberg, due to those currency control measures “close to US$8-billion in kronur are held by offshore investors unable to get their money out of the country…funds are flowing into one of the few longer-term investment options: real estate…The market is now ‘driving home-loan debt higher.’”
Ásgeir Jónsson, a Reykjavík-based asset manager, told Bloomberg that if this development continues “there’s a greater risk of an asset bubble being created in an economy that is closed off behind capital controls.” And, if anything sounds like inflation is running amok, listen to this: “The central bank has raised borrowing costs four times since August 2011.” Household debt is now edging close to 270% of disposable income.
More interestingly still, according to Bloomberg, “Bonds sold by Iceland’s Housing Financial Fund make up 68% of the nation’s ‘liquid guaranteed debt market.’” Doesn’t this sound like Katla is about to blow?
A few days ago on The London Review of Books’ blog, a level-headed Peter Geoghegan noted that (and here we come back to Jóhanna’s earlier statement about so-called “measured austerity”) “the Alþingi did indeed introduce a relief package for indebted homeowners […]. Under the scheme, mortgage debt cannot exceed 110 percent of the value of the property[…]. It is a reasonable, well-intentioned policy. But it is not a Biblical debt jubilee. Many Icelanders are still struggling under huge monthly repayments they cannot afford.”
When asked by Reuters about the remaining debts of her citizens, the Prime Minister said: “[…]no further large scale debt-forgiveness would [be forthcoming].”
Three simple questions, then: 1) What happens when the real estate bubble bursts? 2) What happens when the banks hit their next funding problem? And, 3): What happens when household debt exceeds 300% of disposable income? I wonder if there will be lessons for the Eurozone then?