On an otherwise normal Thursday in October, I enter Gamli Gaukurinn for a line-up previously unimaginable in this den. The place is normally associated with straight-up rock ‘n’ roll and metal gigs, but since coming under new ownership earlier in the year, the place has started opening its doors to a wider audience. On this evening the success of this policy is evident; never before have I seen such equal proportions of men and women in the venue. But that’s perhaps to be expected with super bands like Mammút, Pétur Ben and Oyama performing.

Before I get a chance to buy a drink and put away my jacket, Mammút starts playing its beautiful off-key post-punk sound that is ripe with melancholy lyrics. The band steadily builds up momentum with its seductively slow beat, minimalist sound, and vocals that go from faint whispers to full on shrieks. The singer Katrína dons blackface paint without any explanation, and Andri is possibly the first drummer in Gamli Gaukurinn’s history to perform a set without being topless. Mammút then end their unfortunately short set with Salt, a song that stayed at the top of Gogoyoko’s charts for three months. Mammút is releasing its third album on October 25, one that many fans are looking forward to. 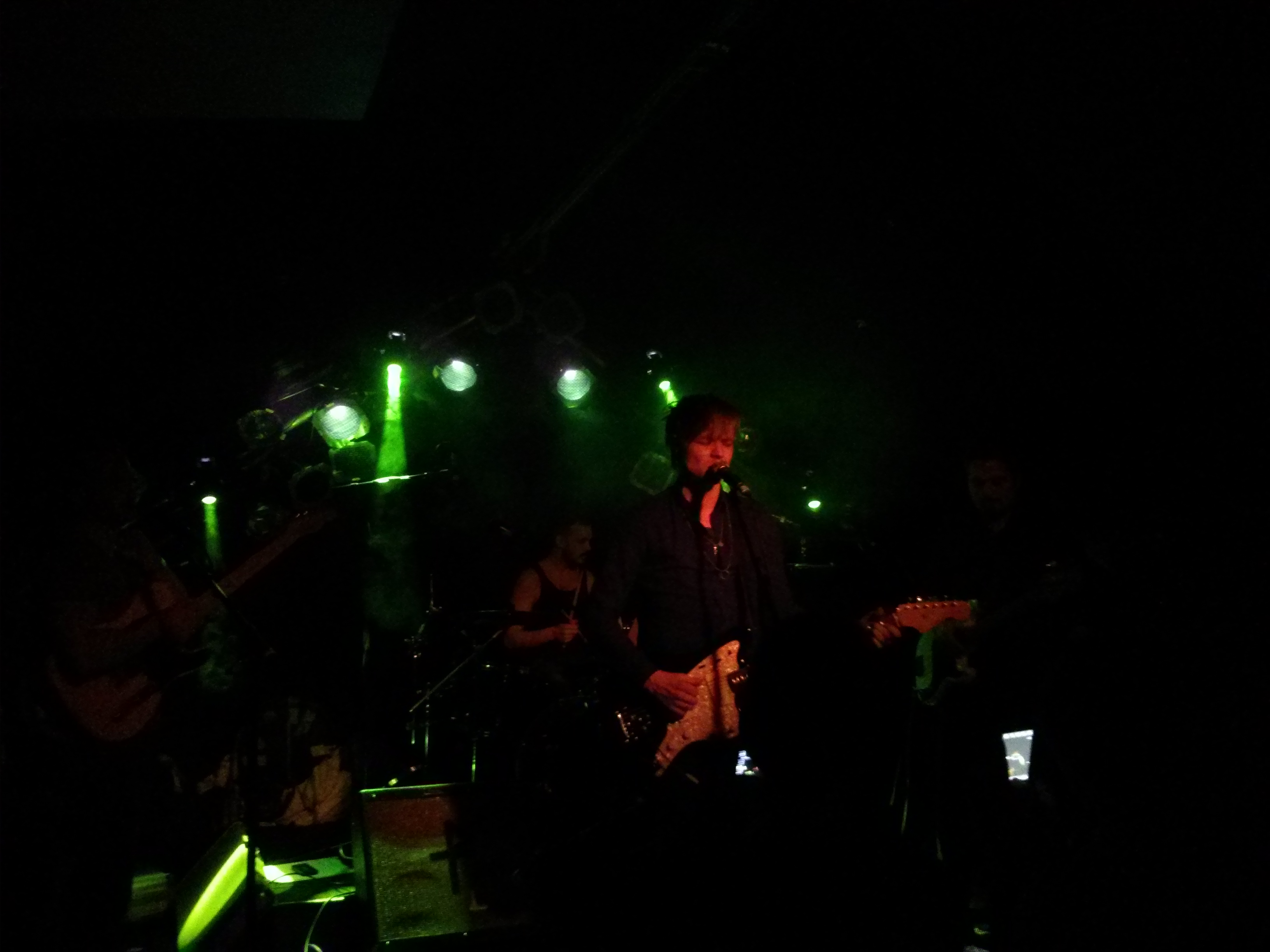 Pétur Ben takes centre stage only a few moments later. The almost 37-year-old singer-songwriter is accompanied by a full band and performs with a much heavier sound than Mammút. The songs seem arranged to compliment Pétur Ben’s soft, yet at times growly voice, and his penchant for deliberately hitting that one off note every once in a while. Despite the crowd growing in numbers, people are completely enthralled with the performance, with few fans checking their smartphones for new notifications. The songs grow heavier, until everyone is drowning in the bass, helpless victims to Pétur Ben’s dark lyrics about paternal woes and the right to get wasted on holiday. The band then nails the instrumental segment of the last song, “My Brother’s Keeper,” and provides the crowd with a decent finale to the set. The only thing that could have improved the performance would have been a few songs from Pétur Ben’s first album ‘Wine For My Weakness,’ an album primarily consisting of Pétur Ben playing with his acoustic guitar, with the occasional piano segments. Immediatelly following the performance, I hear that Pétur Ben will be playing an unplugged gig at Gamli Gaukurinn sometime in the near future – it seems my wish was granted. 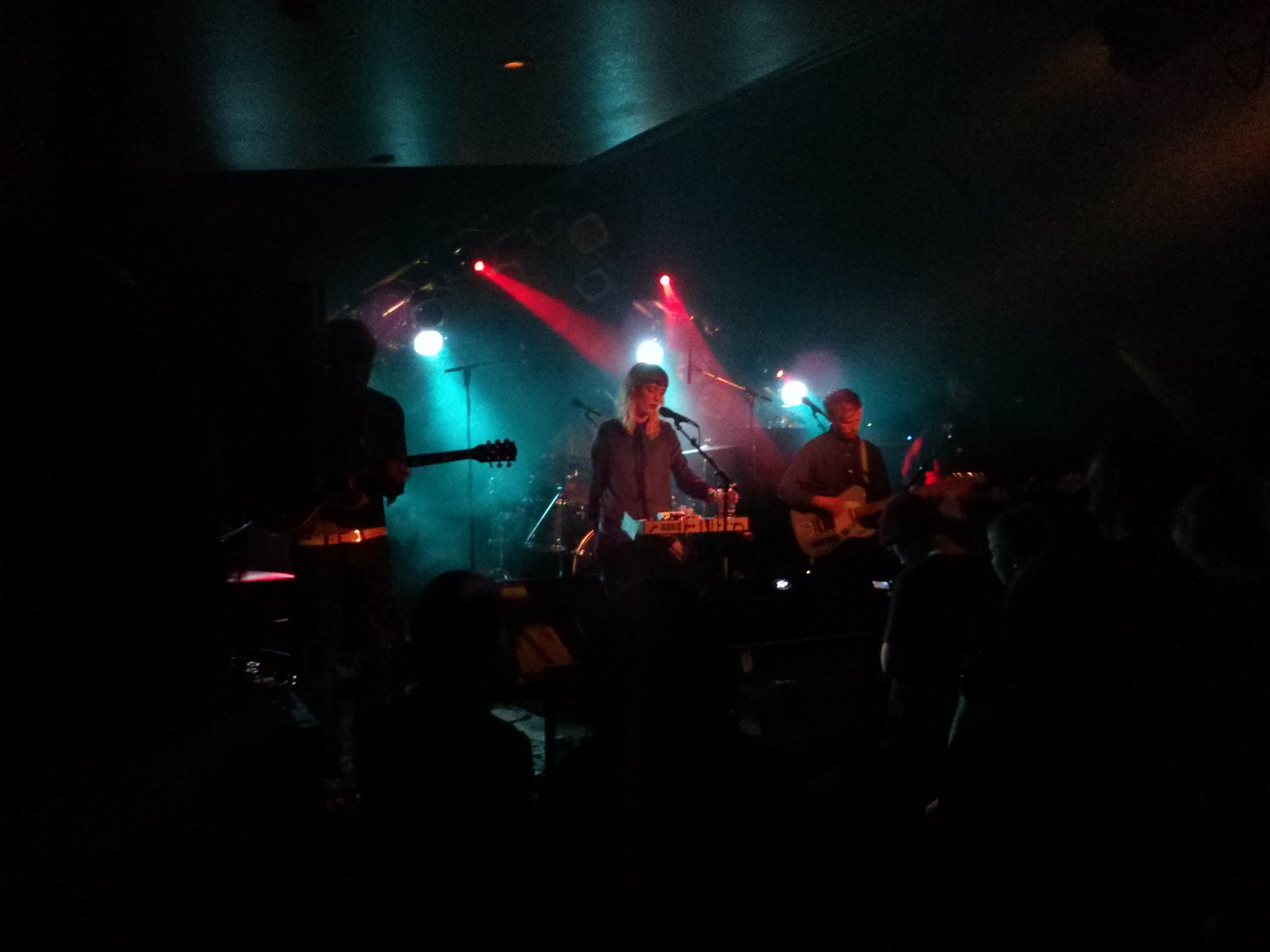 Oyama unfortunately do not reach the heights of the previous two bands. It takes them three songs to get their sound right, but they suffer from having warm-up bands that were simply too good. The backbenchers leave one by one, but the gentle and easy Sunday-afternoon music of Oyama keeps the fans close and centre, and on the fourth song they start living up to their reputation as a formidable and captivating live group. They premiere three new songs, which sound catchy, but their more practiced songs seem to resonate better with the crowd. They embrace the feedback and keep the vibe nice and cool, but I can’t help shake the feeling that Oyama needs a bit more experience, and a better sound check before headlining the likes of Mammút and Pétur Ben again. Regardless, I will look forward to seeing them again after their new songs have had a chance to sink in.

You can catch Mammút, Pétur Ben and Oyama performing live at this year’s Airwaves. Check out our Airwaves site for the full schedule, artist profiles, interviews and live music reviews.