A one-day festival event, Rokkjötnar, featured Iceland’s “Giants of Rock,” as the festival name suggests (…although “jötnar” is also an old word for “troll,” so you might alternatively call it “The Trolls of Rock”). In any case, if you missed it or really have no idea who these giants or trolls may be, we’ve prepared a short primer on the eight bands—the purported highlights of Iceland’s rock and metal scene, if you will—who performed on September 8 and are getting up to one interesting thing or the other in the coming months. 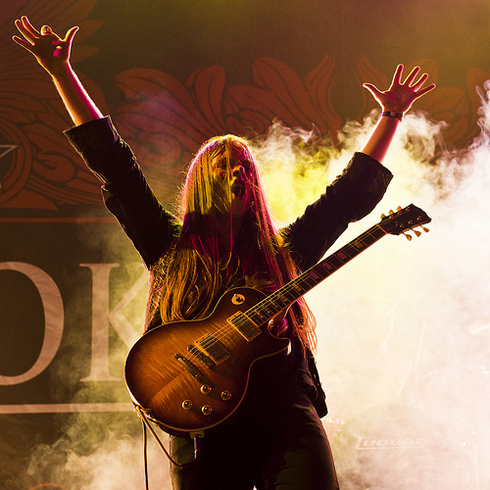 The Vintage Caravan
These talented youngsters (they’re barely 18!), who will represent Iceland at the Battle of the Bands in London this December, proudly presented “Voyage,” their second full-length album at Rokkjötnar. Feminist activists shouldn’t listen too closely to the lyrics (unless they feel like ragin’).
Founded: 2010
From: Álftanes
Style: ‘70s rock
Influences: Led Zeppelin, Black Sabbath, Jimi Hendrix
Discography: ‘The Vintage Caravan’ (2011), ‘Voyage’ (2012)
Internet: www.facebook.com/vintagecaravan 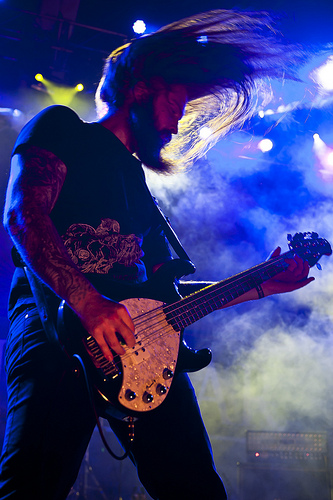 Momentum
Certainly one of the most underrated bands on this island, Momentum has roots in the black metal act Afsprengi Satans (“Satans Offspring”) from 2003. The offspring of the Dark Lord eventually indulged themselves in psychedelic progressive rock with a good balance between technical and atmospheric aspects of their songs.
Founded: 2004
From: Greater Reykjavík area, Ísafjörður
Style: Progressive psychedelic metal
Influences: Neurosis, Mastodon
Discography: ‘Fixation, At Rest’ (2010)
Internet: www.facebook.com/momentumiceland 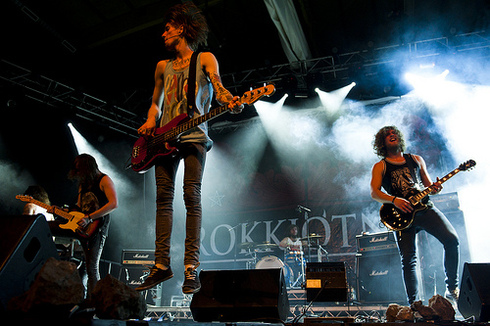 Endless Dark
This young band from Snæfellsnes has an obvious nu-metal heritage and a solid stage presence. Their yet untitled first full-length album should be out by the end of the year, as the newest band member and singer Rúnar Germundsson was excited to tell us in Hafnafjörður.
Founded: 2005
From: Grundafjörður, Ólafsvík, Reykjavík
Style: Post-hardcore
Influences:  Pennywise, Rise Against
Discography: ‘Made Of Glass’ (EP, 2011)
Internet: www.facebook.com/endlessdarkband 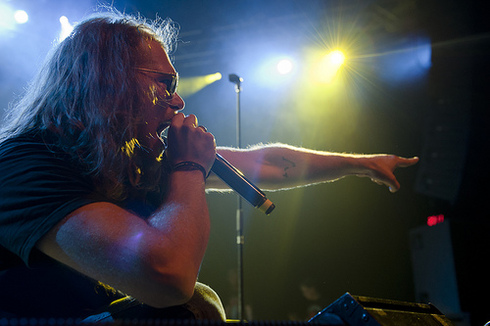 Brain Police
What is there left to say about a band that has shared the stage with Metallica, Alice Cooper and Mastodon? Every concert stones you to death as singer Jens Ólafsson puts on his freaky smile and drummer Jón Björn Ríkarðsson sets his sticks afire, which of course was the case at Rokkjötnar. They will be causing mayhem in Europe this October. So watch your brain!
Founded: 1998
From: Reykjavík
Style: Stoner rock
Influences: Kyuss, Fu Manchu, Monster Magnet
Discography: “Glacier Sun” (2000), “Brain Police” (2003), “Electric Fungus” (2004), “Beyond The Wasteland” (2007)
Internet: www.facebook.com/BrainPoliceIceland 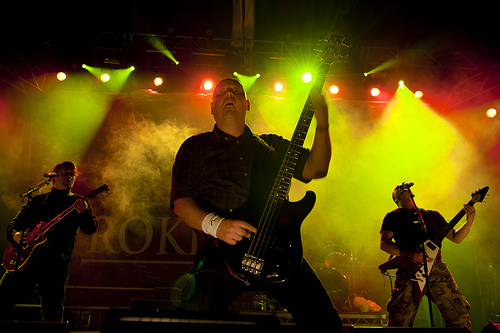 Bootlegs
Along with HAM, Bootlegs are the elder statesmen of Icelandic metal. The band had different periods of inactivity and comebacks. This year they reunited after a break of five years to start a new era and bring their good ol’ thrash metal back.
Founded: 1986
From:  Reykjavík
Style:  Old style thrash metal
Influences:  Voivod, Metallica, Slayer
Discography:  ‘WC Monster’ (1989), ‘Bootlegs’ (1990), ‘Live’ (2007)
Internet:  https://www.facebook.com/pages/Bootlegs/ 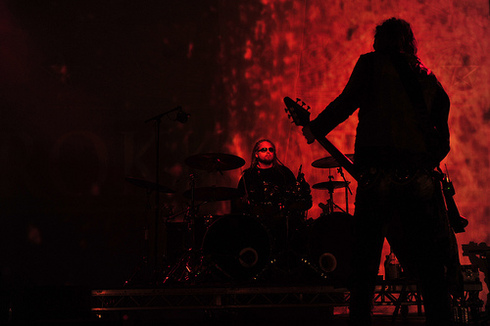 Sólstafir
Ever since their latest release ‘Svartir Sandir,’ Sólstafir’s popularity has grown both locally and internationally. After a successful Pagan-Fest-tour (though they don’t like to be associated with Viking- and pagan-metal) and some summer festivals in Europe, they will embark on the “Barge to Hell,” which is set to cruise the Caribbean in December, with the like of Paradise Lost, Moonspell and others aboard. In the meantime they may go on a European tour. Rumour has it that they might be opening for an established US-metal band.
Founded: 1994
From: Reykjavík, Ísafjörður
Style: They are hard to define so we asked drummer Gummi, who answered modestly, “You have to be a pretty good musician to play black or death metal. We are not that good. We just play rock’n’roll.”
Influences: Ham, Neil Young, Sisters of Mercy
Discography:  ‘Til Valhallar’ (EP, 1996) / ‘Í blóði og anda’ (2002) / ‘Black Death’ (EP, 2002) / ‘Masterpiece Of Bitterness’ (2005) / ‘Köld’ (2009) / ‘Svartir Sandar’ (2011)
Internet: https://www.facebook.com/solstafirice 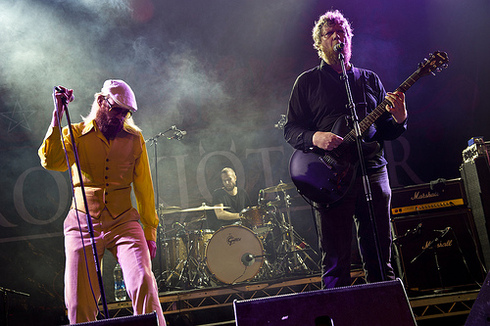 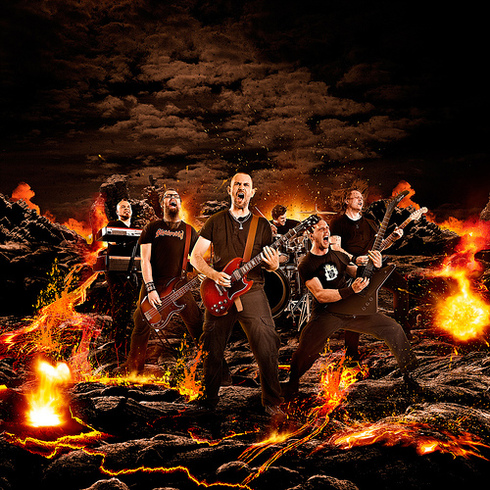 Skálmöld
This is not Spinal Tap, though Skálmöld was not a serious project in the beginning. The guys obviously had so much fun that they decided to continue. For their first record deal, they had to go to the Faeroe Islands because nobody wanted them back home. Finally they signed with the Austrian Napalm Records, which will release their second album this coming October.
Founded: 2009
From: Reykjavík
Style: Viking metal
Influences: Anthrax, Amon Amarth, Jón Leifs
Discography: ‘Baldur’ (2010), ‘Börn Loka’ (2012)
Internet: www.skalmold.is