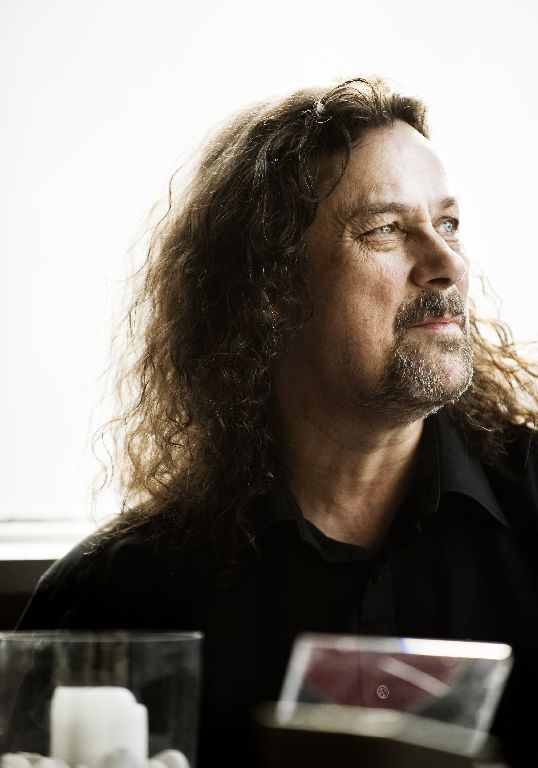 The ‘80s were, perhaps surprisingly, something of a golden age for Icelandic pop lyrics. Socially conscious, verbally biting artists competed in defining their society with the aid of the Icelandic language, usually accompanied by rather straightforward rock instrumentation or the synthesisers that were the hallmark of the era. Sometime after the international success of Björk and Sigur Rós, the emphasis shifted to often wildly original music. Sadly, less attention has been paid to the lyrics, not least since most artists keep one eye on an international audience that suddenly started to take an interest in Icelandic music. Ironically, as other people became more interested in Iceland, Icelandic musicians became less interested in singing about it.
The ‘80s masterpieces have mostly held up well (see last December’s issue for more on this), give or take the aforementioned synths and the omnipresent drum reverb. One of the foremost practitioners of the craft was a certain Bjartmar Guðlaugsson, who made a slew of brilliant albums in the early ‘80s to ‘90s, before disappearing to concentrate on his other passion, that of painting.
No new punks, but the hippies rise again
The economic collapse has not so far led to any new punk-style movement in Iceland, unlike that what the IMF intervention in Great Britain in 1976 arguably produced as a reaction. Perhaps this was because Icelandic musicians mostly stood outside the boom to begin with, but in any case, no Icelandic version of The Clash has so far materialised.
Just when his country needs him, Bjartmar has stepped forth golem like-again with his new band, Bergrisarnir (the name refers to one of Iceland’s protecting spirits). It is perhaps the most brazenly political album to appear after the collapse and largely succeeds in its attempt. The music is competently executed but unspectacular. Where the album shines (and this might be of little help to non-Icelandic speaking listeners) is in the lyricism.
The major events of the years 2008-2010 are tackled here. Some of the imagery is amusingly anachronistic. In the song ‘Í gallann Allan’, the protagonist, a riot policeman in full gear, calls his opponents “new hippie trash,” rather than anarchists. The point is further made in ‘Velkominn á bísann’, when one of said hippies listens to Jethro Tull while lighting a bonfire, probably outside the Parliament building, and wants to flee from the future into the past, some imaginary past no doubt where people were inspired more by the mountains than by money.
Classic drunks vs. New Money
This leads into a song called simply ‘Pening’ (“Money”), and the chorus: “Why do you need so much money?” A question that should have been asked years before, come to think of it. One of the best songs is ‘Konan á allt’ (“The wife owns everything”). The title is a reference to bankers’ habit of registering all their possessions to their wife in the event of collapse, which made them harder to retrieve by the bankers’ victims. The lyrics are an amusing contrast to the old Bjartmar classic ‘Sumarliði er fullur’, about a drunk who claims to do everything much better than his neighbour. That in itself could have been a good summary of the boom years, but here the point is made even clearer. This time the protagonist owns the fish in the sea, the politicians and eventually he owns the ruins that he has reduced everything to. So that’s why all the money was needed, then.
The points are simply made but effectively, much like Neil Young’s treatise on the Bush years, ‘Living With War’. Both albums would make great campfire sing-alongs to remind us of the worst excesses of that troubled first decade of the 21st century which is now thankfully over.
Welcome back, Bjartmar. We have missed you.