Musician Arnþrúður Ingólfsdóttir—AKA Adda—has of late gained quite a reputation for her soulful, personal (to the point of confessional) and engaging performances in Reykjavík’s bars and cafés (and various Icelandic living rooms). However, few are aware that Adda has a long history of involvement in cutting edge Icelandic music, and was among other things deeply involved in the scene that begat constant favourites such as múm. You should get to know her—you’d like it!
Good news! Adda has finally committed some of her captivating tunes to plastic—in fact, by the time you read this you ought to be able to skip over to just about any Reykjavík record store and grab a copy of her “My Brain EP”. FURTHERMORE, she’s hosting a kickin’ release concert at KEX HOSTEL tomorrow. We thought we’d celebrate this fine occasion by dropping her a line and asking “WHAT’S NEW, ADDA?”
It turns out plenty is up. Read the full exchange below
Hi Adda! What’s new?
Hey Haukur!
Thanks for asking: everything is new! I’m releasing my début album, and it’s been months of doing everything for the first time. I’ve been following my instincts and guessing the next moves based on good but incoherent advice from friends (the music industry is so unpredictable!), still things are turning out exactly like I wanted or better.
So, your album, ‘My Brain,’ this is your first official release, right? But you’ve released music in other guises before… before we get into your début, tell me about your prior work in music.
Yes, back in 1998 I formed my first real band, Spúnk, with Kristín Björk Kristjánsdóttir (now known as Kira Kira). We shared a passion for machines, beats, analogue hum and melodies, and we released a split 10-inch vinyl album with múm. The record was called “Submarine Encounter,” and included the underground hit ‘Truckdriving,’ which was written around my first ever sample: an audio cable hum that made the perfect bass line. A full Spúnk live band included an EMAX sampler keyboard, programmed beats, electric guitar, voice and two double basses.
After a year or so, Spúnk merged with three other musicians to form the live electronic music outfit Big Band Brútal. It was formed as part of the project “Strange bedfellows” that Kristín Björk’s label Kitchen Motors organized. Our live set included the EMAX sampler, our bought-with-bank loans AKAIS3000 rack sampler (love at first button push), Ólafur Björn Ólafsson on intense drums, Daði Birgisson on funky keyboard and noise artist Böddi Brútal with a tape deck and his voice. We were fierce, melodic and tight. We released three tracks on a Kitchen Motors compilation album (Motorlab #2) but never a full album, although we all wanted to. Thing is, we could only communicate properly if we were on stage playing, so we never found a way to make plans and talk out ideas for making an album. 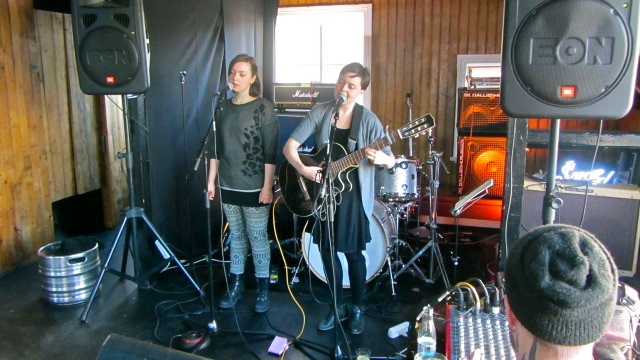 What have you been up to since those early days?
Lots of things! I taught music in a boarding school in the east of Iceland, spreading the gospel of creating electronic music. I taught the kids to write simple melodies, record sounds, and enjoy my favourite Icelandic music at the time, artists like Ólöf Arnalds, Sigur Rós and Magga Stína, not to mention the best of the Warp catalogue. After that I studied sonology in Holland for two years, to get deeper into the machine. Turned out that the machine almost swallowed me alive (in clinical terms it’s called severe depression), so instead of finishing the four year study I went home to Iceland for some rest and time out. After a summer of basketball with my sister and lots of laying puzzles and knitting I started attending university. Since then I’ve finished two degrees, philosophy and gender studies, and have been busy with feminism and research on psychiatry and psychiatrists.
I didn’t make any original music for six years but I played in a cover-song band with my sister and other friends. We did Eminem and Destiny’s Child songs for high-school and university parties, and it was a welcomed experience after the seriousness of making music within the demanding conservatory setting.
What got you back to making your own music?
It was a mixture of important events, role models and change of attitude. In my early twenties, I had become very stubborn in thinking that electronics were the beginning and end of music. At least my music. And after the machine almost swallowed me alive I couldn’t really touch computer music programs, so afraid was I to go back to that painful mental place. I had owned a guitar since I was a little girl, and after watching a documentary about Joni Mitchell I somehow made peace with the idea that I could make music with traditional instruments.
At the same time I learned that it was OK to admit to the world that things had been kind of shit in my mind for a long time and that it would maybe even be helpful to express it, and therefore to turn it into something concrete and even nice. So I learned Mitchell’s open D tunings, which make it really easy to make songs, and I started to express myself in a completely different way, detailing the dire state I was in and make myself feel a bit better about it at the same time.
You went on this crazy trip this summer… could you tell us a little about that?
It was one of the best things I’ve ever done!
I funded my album through an Icelandic crowdfunding website called Karolinafund and to promote the funding and my album at the same time, I went on a hitch-hiking tour around the country, playing in ten of my friends’ living rooms. It was a way for me to do promotion AND summer vacation at the same time, and to get to know better the homes and lives of my friends all over the place.
The concerts were very organic, I wasn’t always sure when I would be arriving at each place so each friend organized and planned as much or little as they had time for. Sometimes they just called a few people to show up that same evening. Sometimes I was competing with town meetings or local cultural events, and the result was that I played for two or three people.
In those intimate settings I had lots of chats about music and got a special peak into people’s daily lives. Sometimes my hosts played with me on my songs, like when my friend Sveinn played his antique English church organ in my song ‘All Of My Doctors,’ or they played their own music as a warm up, like Borkó in the Westfjords. Those kinds of collaborations were extra nice. You can read my travel blog and check out some photos and videos from the concerts here: blogmybrain.tumblr.com. 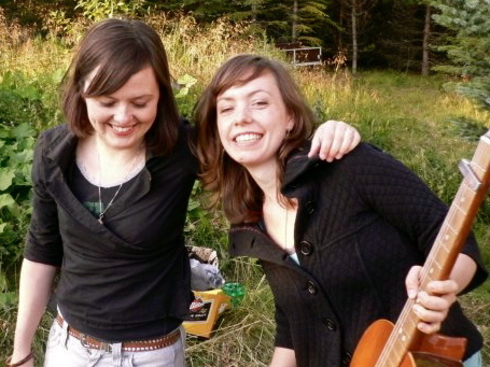 OK, so back to your début single, ‘My Brain.’ It’s kind of a moving song. What’s it about?
When I talk about the brain, it’s kind of a visual way of speaking about the mind— seeing it as a living organism that has been moulded by its own history and developed its own way of dealing with things, whether you like it or not. The song is about realizing that you can’t trust that your own thoughts are telling you the truth, so you have to distance yourself from them. Move away from your own mind because your mind is making your life impossible. It’s a very painful but important moment, and the song describes grief over this situation and at the same time lots of care and hope for the brain’s healthy return. Here’s a free download of the song for you.
What about the album? Are there lots of tracks? Who or what are you drawing inspiration from?
The album has six tracks, and they are all written between 2009 and 2010. Most of the songs have the word ‘brain’ in them, hence the album name. I guess most of them are different ways of relating to disappointment, anxiety, obsessions and depression, or some other kinds of conflicts, but also ways of loving yourself anyway and being grateful for the strength and love of others when your own is fleeting. I’m happy to report that one of the song is about something entirely different, doesn’t mention the word brain and is the album’s moment of comic relief and fun in the album!
As for my inspirations, they are many, but to name a few direct musical and lyrical influences on the songs on this album: Joni Mitchell, Mirah, Morrissey, Eminem, Leonard Cohen and Bob Dylan.
Any cool folks playing with you that our readers might have heard of?
My collaborators are all super cool! Sunna Ingólfsdóttir, my sister is my backing vocalist, she is currently singing and hyping with Ragna (a.k.a. Cell7), Kristín Þóra Haraldsdóttir performer and composer plays viola and Georgia Brown from the Nordic Affect early music collective plays the recorder—the ancient wooden version.
Lastly, what are you totally into these days? What’s ringing your bell?
This is simple: THE MELVINS. I am totally going crazy about this song: ‘A History Of Bad Men,’ from their record “Senile Animal.” Check it out and freak out.
—
Adda made our ‘TRACK OF THE ISSUE’ for the December Grapevine. Download it here!