Being Him Just Wasn’t That Much Fun

So it’s been ten years since Elliott Smith died. 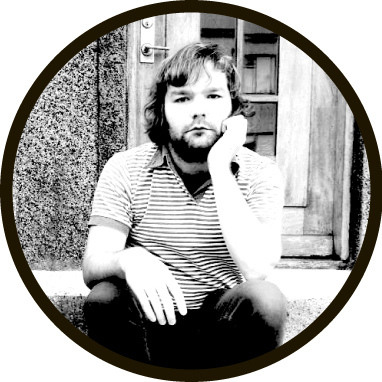 By the time this article goes to print, there will probablybe a host of other pieces marking this rather infamous anniversary on blogs and music websites, as well as in magazines, podcasts and whatever other format they can conjure up. While I don’t exactly enjoy being part of all that, I feel it would be remiss of me not to write a few words about the man and his music, if only to get it out of my system. This way, I’ll never again have to drunkenly rant about him to fellow bar patrons and party guests whenever I’ve had a few: instead, I’ll succinctly try to sum up the rant in a slightly more coherent manner, and simply refer people to this article.
There’s a kind of symmetry to his musical development that I enjoy. He spent three albums perfecting his lo-fi sound and songcraft and then, after signing with Dreamworks, he spent his other three albums honing his hi-fi sound. 1997’s ‘Either/Or’ is the perfect culmination to his lonely, awkward early work, and saw him masterfully in control of the elements that he so timidly experimented with on the first two albums, and his posthumous piece, 2004’s ‘From A Basement On The Hill,’ serves the same purpose for the Dreamworks albums.
‘Roman Candle’ and ‘Elliott Smith,’ released in 1994 and 1995 respectively, may be more intimate and less assured than ‘Either/Or,’ but part of their beauty lies in their imperfection, filled as they are with scratchy guitar work and unsure, incomplete lyrical ruminations. ‘Either/Or,’ on the other hand, is sheer perfection, and sees Smith’s songwriting achieve that special effortless quality that is the hallmark of a truly great musician.
Every song on ‘Either/Or’ shows off Smith’s ability to create hook-driven, catchy singalongs out of drudgery, despair and alienation. In many ways, it’s the ultimate ’90s indie record, packaging the lamentations of Generation X with poetic wordplay and DIY production. “Nobody broke your heart / you broke your own / ’cause you can’t finish what you start,” Smith insists in that heartbreaking whisper of his on Alameda, as the distinctly garage-sounding steel brush drums shamble on behind him, their gait merging with Smith’s chords to capture that unique feel of much of Smith’s work: the sensation of wanting desperately to run away from everything you know, but having nowhere to run.
Then came ‘XO’ and ‘Figure 8,’ in 1998 and 2000, respectively. Merged together, they could have made one great album out of two ho-hum ones. There are some gems here, such as the intriguing chord work of “Color Bars” and the achingly beautiful “Waltz #1,” but generally, both records see Smith let the songwriting take a backseat to indulgent production experiments. He basks in the bigger budget, basically becoming a one-man rock band, and most of the melodies are drowned in excessive overdubs. The lyrics become more idiosyncratic and literate too, losing much of their honest oomph in the process.
‘From A Basement On The Hill’ is a completely different shape of beast. It’s a masterpiece, pure and simple, incorporating not only lessons learned on ‘XO’ and ‘Figure 8,’ but from Smith’s entire repertoire.
The oversmoothed slickness of the big-budget albums is infused with the dirt and distortion of the early work to create epic, sweeping rock anthems like the swirling, enticing “Coast To Coast,” the roly-poly, arpeggio-driven “Don’t Go Down” and the closest Smith ever came to writing headbanging music: “Shooting Star.” 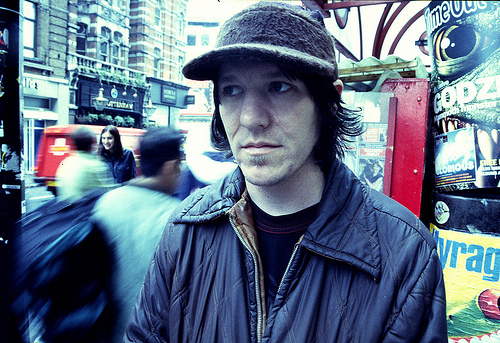 Shooting Star’s distinctly Chilton-esque guitar handiwork also demonstrates something that gets forgotten a lot when people talk about Elliott Smith: that he was a phenomenal fucking guitarist. This is also demonstrated on the intricate classical guitars that shape some of the best acoustic songs Smith ever wrote, “Let’s Get Lost” and “Memory Lane.” Not content to simply play well, Smith also ensured the guitars sounded amazing. The ripping, biting lead guitar of “Strung Out Again” and the fuzzy barrage of rhythm guitars on “A Passing Feeling” actually rescue songs that would have been b-side material, had they had ‘Figure 8’s’ limp-wristed production.
But it’s not all tricks. ‘From A Basement On The Hill’ sees Smith achieve feats of songwriting genius that easily rival ‘Either/Or,’ if not surpassing it entirely. This is best displayed on the honest directness of “A Fond Farewell,” “The Last Hour” and the devastatingly sad “Twilight,” its haunting refrains of “I’m already somebody’s baby” made all the more dismal and bitter by the contrastingly simple production. It’s as if Smith knew that some of the songs on the record were simply better than others, and produced them accordingly, tweaking the weak ones until they worked.
However, the crown jewel of the piece, appropriately situated directly at the centre of the album, is the apocalyptic, snarling bitterness of “King’s Crossing.” Lyrically, it’s as good as Smith ever was, and the candid, morbid similes leave one wondering whom he hated more, himself or the rest of the world, as they worked together to package and sell Smith’s misery. The production is, as usual, marvellous, working with the chords to create a unique feel of determined resignation. Fatalism and doom echo from every second of the track, from its lengthy, introverted guitar overture to the soul-scathing taunt of the climax, “Gimme one good reason not to do it,” and the foreshadowing of his suicide is so strong that it’s difficult to listen to.
In fact, if there’s one word that aptly describes ‘From A Basement On The Hill,’ it’s foreshadowing. It’s not just in the song titles and the lyrics, but also in the album itself, collecting as it does everything Smith did best and creating a decisive, detailed, if occasionally rambling magnum opus. There is everything there ever was to love about Elliott Smith on ‘From A Basement On The Hill,’ as well as the horrible things: his depression, alienation and wish to die.
I know it makes me a bad person to feel this way, but I’m pretty sure I’m just saying what we’re all thinking: his misery made him a better musician. This is never truer than on ‘From A Basement On The Hill,’ whose lyrics read for all the world like they’re nothing more than a carefully considered argument for taking his own life. It’s impossible to ignore his suicide while listening to it, and in an awful way, it becomes all the more poignant for it. His suicide actually makes the album better. Add to this that it follows what was arguably his weakest album, ‘Figure 8,’ and it becomes difficult not to imagine that he somehow knew it would be his last dance, that making it would be the death of him.
On October 21, 2003, a few months into the recording of ‘From A Basement On The Hill,’ Smith killed himself. The incomplete album he left behind remains as a testament to a mind that wavered between genius and self-loathing misanthrope, with plenty of overlap between the two. It’s as difficult, uneven and melodramatic as it is brilliant, as majestic and victorious as it is defeated and fatalistic. It’s the most beautiful suicide note ever written, and it is my very favourite album.