Doom On, Drown In Drone, And Sludge Out 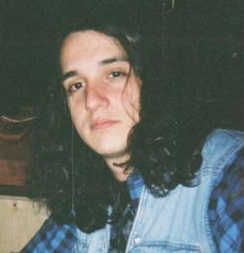 Finally, after all these years of waiting I have finally seen a growth in the Icelandic doom/stoner scene. I remember when I started out 8 years ago with my band Plastic Gods, wishing that this would become a reality, and now it has. But with only a handful of bands.
You don’t really need much more than that to start a movement of some kind. The birth has been at a snail’s pace, and the progression quite slow, the tempo has been picked up, maybe not musically with all of the doom bands, but surely we have seen some of these young dudes rock out hard with good old rock and roll, and sludgier paths as well.
After playing the annual Fuzz Fest, which started out a few years ago, the founder Aggi has done an excellent job of keeping the wheels rolling for this kind of music. After the last Fuzz Fest I felt that the time had come for this scene to shine, but of course this style of music does not bring a lot of attention to itself.
Akureyri have been producing a quality of this sub genre of metal and rock with bands like; Naught, Hindurvættir, Brum, and doom stoner masters of Akureyri – Völva. People are catching on as well as here in Reykjavík, with bands like The Heavy Experience, Godchilla and Tundra on the rise, as well as former doom rockers Hylur, which died out too soon in my opinion at least. Healthy competition, right?
Valdi, one of our beloved cd shop owners, has been selling albums with the likes of Electric Wizard, Boris, Sunn o))), and other doom/drone/sludge artists for years. A lot of the time the albums are sold out, which is a testament to Icelandic heavy music fans’ devotion and appreciation of the genre.
I am proud and happy to announce the coming of Witch Mountain (USA)! They are said to be top-tier purveyors of traditional American doom. With the addition of their singer Uva Plotkin, which puts a real chill to their music (in a good sense of course), makes them stand out from the rest. They will be touring with Cough (USA) for a month-long European trek, as well as playing big festivals such as Roadburn, Desert Fest Berlin, and Desert Fest London. Witch Mountain’s visit will be a nice addition to this slow growing scene of ours. Keep the 7th of May available and come meet us at Faktorý for a heavy night to remember!
I hope this style of music will keep on growing here in the north, and will not die out like so many of the other heavier scenes in Iceland. I think we do a damn good job at it, and hopefully people will start to appreciate what they have before it‘s too late.