So, what to say about the inaugural Sónar Reykjavík festival? It has been suggested that Sónar has the potential to be second only to Airwaves in terms of hip, annual music festivals in Iceland. With the prestige associated with the original Spanish Sónar festival and a stellar line-up, this is a fair assumption to make.
COLD STORAGE
After the fact, I am not so sure. This was, in the main, due to Sónar’s location. Harpa is a fantastic venue for, shall we say, more classy affairs. But for a rave? Hmmm, not so much. There could be a counter-argument made that, in fact, Harpa is quite a fitting location for a forward thinking music festival. But really it just felt cold and clinical. Like a laboratory. And who feels comfortable getting rowdy in a lab?
Not to be entirely negative, Harpa did feel right for some acts. See: Paul Corley, Valgeir Sigurðsson, Ólafur Arnalds, Alva Noto and Ryuichi Sakamoto who all played in the Norðurljós recital hall. And the Car Park (ironically prefixed as the SonarLab) venue did have a far grimier feel which I felt was much more appropriate. Furthermore, each hall’s PA system was really rather good.
So maybe Harpa was not all that bad a choice, really. Maybe I, like pretty much everyone else, was also sore about the horrific mark up on booze (800ISK for a 330cl can of Tuborg (which most of the time was tepid) was a fucking joke). Standard festival gouging though, so who should have expected anything different.
HIGH FOR THIS
Anyway, let’s get out of this negative little rut. There were some really great performances on Friday. Ghostigital were utterly vicious and tremendously loud. It felt like a war was being fought between the pulsating, aggressive machinery and the flailing, raging human elements. It felt like all hell breaking loose.
Really, I am not quite sure why Ghostigital were on so early (20:00). They are not exactly a lesser know act. It was a pity that they played to a sparse crowd as a result. Though the extreme volume also did not help; many a person exited whilst shielding their ears. The poor little lambs. I also felt sorry for the poor young lad who got roped into performing with Ghostigital. He was totally out of his depth. Must have been a case of pushy parenting or something.
BESTIAL MACHINERY
The next performance of note was that of Diamond Version, which was an hour’s wait away. In the meantime I checked out Thugfucker. I had high hopes for a group with that name, but they were neither thuggish nor fuckish. Perhaps they should consider a name change to Kindofnicepillowthatismostlyusedfordecorativepurposes…it is not as catchy, but it is definitely more accurate.
Anyway, back to Diamond Version, aka Alva Noto and Byetone. Shit my pants out of my trousers, they were great. Stentorian beats, harsh noise and great visuals (well, apart from the drag race that look as though it was ripped from Top Gear). I simultaneously felt like marching in time and beating the shit out of the next person who looked at me wrong. Top notch.
YOU JUST KEEP ME HANGIN’ ON
After Diamond Version finished (at 23:00) there was a noticeable lull in decent stuff to watch. Bloodgroup, Modeselektor and Kasper Björke were OK, but nothing special. This left a none-too-enjoyable wait until 01:30 to make the unenviable decision between watching Simian Mobile Disco, Trentemøller or James Blake (DJ set).
It was an incredibly frustrating decision to make, but I opted for James Blake and I was not disappointed. It was a hefty and awkward (in a good way) set that got the decent size crowd going. It was not as packed as I had expected, but maybe people did not realise that James Blake is a somewhat well established DJ. Ah well, people are idiots. It was worth sticking around just to hear the Harmonimix version of Peverelist’s ‘Roll With The Punches’ through a decent PA. The rest of the set was high quality too. And by this point I had definitely forgotten that I was at classy, classy Harpa. 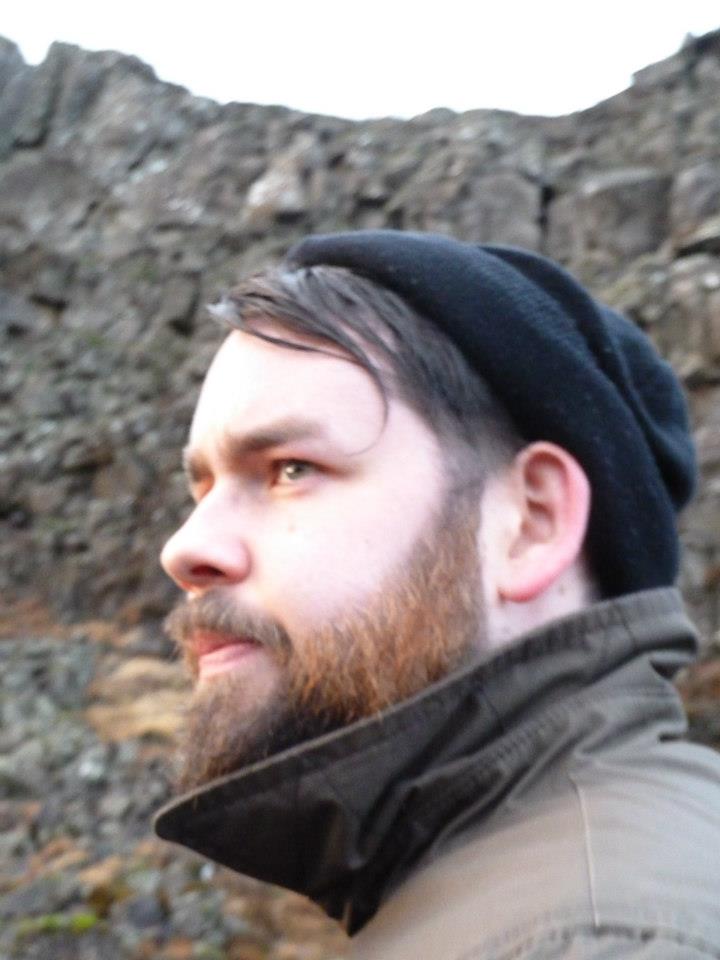 —
Clyde Bradford is a music nerd. He owns far too many records and constantly upsets his girlfriend with how many he continues to purchase.