What’s So Super About Supergroups?

There was a time when supergroups walked the Earth. Their first recorded appearance dates back to the late ‘60s, and they tended to include Eric Clapton, who formed Cream, Blind Faith and Derek and the Dominos in quick succession with other big name musicians. By definition, a supergroup is comprised of previously famous people, so bands such as The Beatles and the Stones, whose members later became household names in their own right, don’t qualify. However, a short-lived supergroup called The Dirty Mac did include John Lennon, Keith Richards and, perhaps inevitably, Eric Clapton.
The rise of the supergroups continued unabated into the ‘70s, with the sound of clashing egos so loud that even names for the bands could not be agreed upon. Instead, everyone got a name check in Crosby, Stills, Nash and (sometimes) Young, or Emerson, Lake and Palmer. Much like the dinosaurs, supergroups either imploded under their own weight or were destroyed by the meteor of punk rock in the later ‘70s, but have periodically re-emerged in most forms of musical styles. Country has given us The Highwaymen (including among others Johnny Cash and Willie Nelson), grunge Mad Season (featuring members of Alice in Chains and Pearl Jam), and rap Bad Meets Evil (featuring Eminem and Royce da 5’9”), to name but a few.
Metal’s last stand
Of all musical styles, it is metal that is most prone to inspire supergroups, often bearing silly names such as Wondergirls or Brides of Destruction. Supergrouping might take place out of sheer necessity, as metal periodically falls out of fashion, forcing the survivors to band together. For example, some of the most diligent supergroup joiners are members of Guns ‘n’ Roses who aren’t Axl Rose. Their projects include Neurotic Outsiders (also featuring members of the Sex Pistols and Duran Duran), Slash’s Snakepit (featuring members of Alice in Chains and Jellyfish), Rock Star Supernova (featuring members of Metallica, Motley Crue and—almost—our own Magni Ásgeirsson), and of course Velvet Revolver, fronted by Scott Weiland of Stone Temple Pilots.
Even children of famous musicians have been known to go the supergroup route in an attempt to grab attention, an example being Bloodlines, made up of the sons of Miles Davis and Robby Krieger of the Doors, or Wilson Philips, made up of the daughters of the Beach Boys and The Mamas and the Papas.
The really super supergroups
Perhaps the supergroup most deserving of the name is The Travelling Wilburys, featuring Bob Dylan, Roy Orbison, Tom Petty, Jeff Lynne and former Beatle George Harrison (Eric Clapton thankfully absent). Perhaps the only way to top this would be to put Elvis Presley, Johnny Cash, Jerry Lee Lewis and Carl Perkins together, which of course happened in 1956, their Million Dollar Quartet being the first, if accidental, supergroup. Then again, Frank Sinatra, Dean Martin and Sammy Davis Jr. performing together as the Rat Pack predates them all.
By their nature, supergroups tend to be short lived due to oversized egos and, more often than not, a lack of musical direction other than the bringing together of said egos. However, at least one great band, Nick Cave and the Bad Seeds, started out life as an underground supergroup of sorts, comprising members of Australia’s Birthday Party and German bands Die Haut and Einstürzende Neubauten.
The actual impact of supergroups on popular music may be considerably smaller than the sum of its parts, but in Iceland, the story is different. 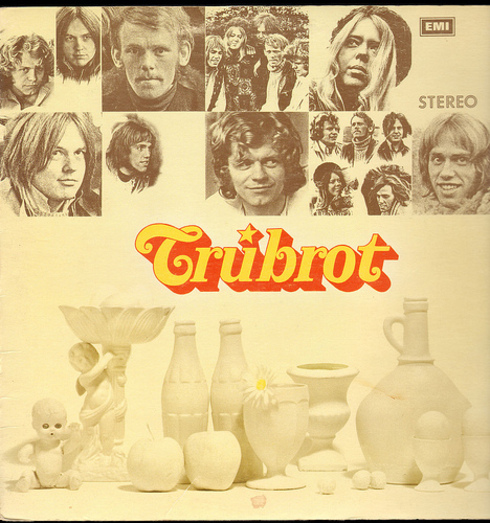 The ‘70s: Trúbrot
Perhaps due to the smallness of the scene, Iceland has proved fertile ground for supergroup creation. It sometimes seems that everyone plays with everyone at some point. The first was Trúbrot, which was formed in 1969 by members of two of the most popular Icelandic bands at the time, Hljómar and Flowers. Their album ‘Lifun’ was long regarded as the best Icelandic rock album of all time, but the group disbanded in 1973 after failing to reach international acclaim. Some members went on to another supergroup, Ðe lónlí blú bojs, less musically ambitious but more commercially successful locally. Organist Magnús Kjartansson made another bid for world stardom with his band Change in 1974, dressing the boys up in Bay City Rollers outfits, but the band was dismissed as “the girls from Iceland” in the British press due to their high-pitched harmonies and the attempt fizzled out. 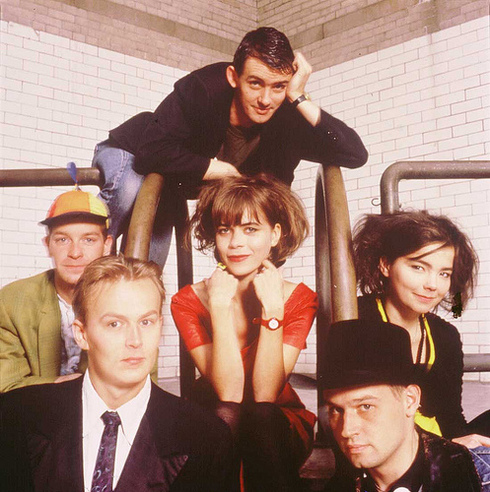 The ‘80s: Sugarcubes
Perhaps the idea of a punk supergroup is a contradiction in terms, but this is in fact how the Sugarcubes, Iceland’s first band to achieve notable international success, started. As the Icelandic punk scene was dying out in 1983/84, members of the three most notable bands, Tappi Tíkarrass, Þeyr and Purrkur Pillnikk (all of which can be seen in the great documentary ‘Rokk í Reykjavík’) came together to form Kukl. They made two albums and toured with British punk band Crass, before transforming into the Sugarcubes in 1987. The rest, as you know, is history. Apart from Björk, members of Kukl/Sugarcubes continue to be influential in Iceland. Drummer Sigtryggur Baldursson hosts the music show Hljómskálinn on RÚV TV while occasionally appearing on stage as his crooner persona Bogomil Font, bassist Bragi Ólafsson is a novelist and vocalist Einar Örn (now of Ghostigital) helped get Jón Gnarr elected to city hall, where he remains to this day. 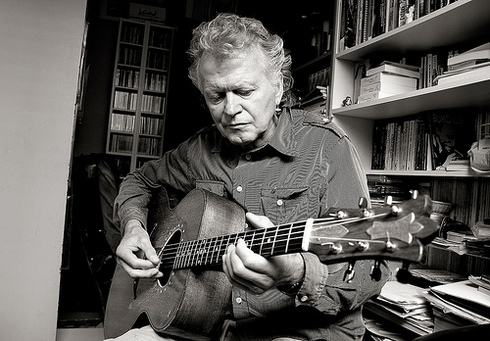 The ‘90s: GCD
The mother of them all. Unlike previously mentioned supergroups, which brought together artists early in their careers in order to form actual bands, GCD was a supergroup in the truest sense, bringing together two of the largest figures in Icelandic rock. In 1991, Bubbi was at the peak of his success, having been the biggest selling Icelandic artist of the ‘80s, but just about to begin his decline. Rúnar Júlíusson, previously of Trúbrot, Ðe lónlí blú bojs and Hljómar (known as “Iceland’s Beatles”), was not as frequent a guest on the airwaves at this point, but GCD provided him with a platform for a considerable comeback. The band was rounded out by drummer Gulli Briem, who had earlier had some international success with his band Mezzoforte, and guitarist Bergþór Morthens, Bubbi’s brother and former member of Bubbi’s band, EGÓ. Their first album was a major hit, while two later albums gave diminishing returns, with the final one seeing release in 1995. Bubbi continues to perform, while Rúnar sadly died in 2008 at the age of 63. 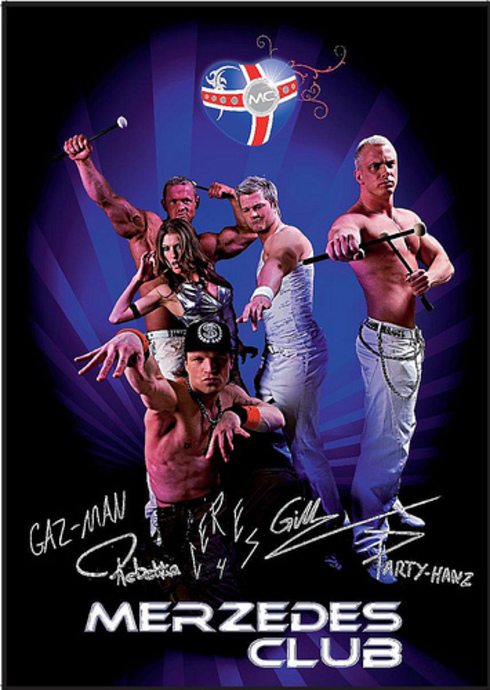 The ‘00s: Merzedes Club
Merzedes Club was, it must be said, a strange beast. Acclaimed composer Barði Jóhannsson of the electronica band Bang Gang got together a group of celebrity bloggers, TV personalities and body builders known as Gillz, Gaz-Man and Party-Hanz to sing his entry for the Eurovision Song Contest. The line-up was completed with 19-year-old songstress Rebekka and rapper Ceres 4. The song, which was called “Ho Ho Ho, We Say Hey Hey Hey,” placed second in the preliminaries and did not make it to the actual contest, but became a number one hit here and reportedly did well. An album, perhaps just as inevitably called ‘I Wanna Touch You,’ followed. Other than this, the band is best known for having been contracted to make a video and a song called “Meira frelsi” (“More Freedom”) for phone company Síminn, generating controversy as indirect advertising is forbidden by Icelandic law. The band was only active in 2007–08, but somehow seems symbolic of the time when the Icelandic boom was nearing its peak and eventual collapse. 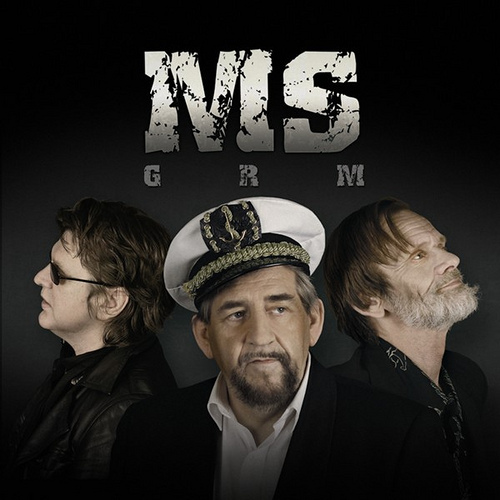 The ‘10s: GRM
Gylfi Ægisson, though often performing alone with a pre-recorded tape as his backing band, is no stranger to supergroups. In the early ‘80s, Áhöfnin á Halastjörnunni (“The Crew of the Comet”), formed with Rúnar Júlíusson in order to play Gylfi’s sailor-themed songs, was one of the most popular bands in Iceland. The all-star band included among others former footballer and talk-show host Hemmi Gunn and a teen called Páll Óskar, who seems to be everywhere these days.
This time, Gylfi has gotten no lesser a personality than Megas, better known for the brilliance of his lyrics than the clarity of his voice, to help out on the aptly titled album ‘Þrjár stjörnur’ (“Three Stars”). Gylfi returns the favour, singing along on Megas classics like “Fatlafól” and “Ef þú smælar.” The third of the trio is ‘80s rocker Rúnar Þór, omnipresent shades and leather jacket included. More harmonious singing groups can no doubt be found, but these three older gentlemen still ooze charm.