Fun Times In And Around Egilsstaðir – West Is Best But East Is… Pretty Great Too!

Welcome to Egilsstaðir, the sunny town in the east of Iceland that just happened to be cloudy and rainy when my colleague and I touched down for five fun-filled days of WWOOFing and exploration. Lonely Planet pegs the place as “a grey service town and the main regional transport hub.” Despite the dreary first impression the written description of the town makes to all tour-book totting globetrotters, Egilsstaðir and the surrounding area has some pretty cool things to offer. 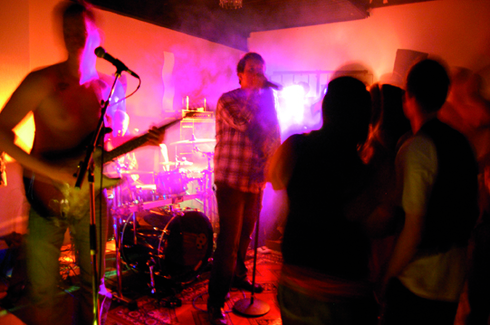 The Nightlife
My travel companion and I should have known better than to hit the sole club in town relatively early at night. When we pulled up outside of Valaskjálf in our rented powder blue Toyota shortly after midnight the scene looked promising enough. Pockets of young locals were cavorting in the car park and on the front steps of the unassuming beige building, ready to get their drink on. But the place was dead.

We opted for a glass of wine at the Icelandair Hotel Hérað where the hospitable night guard/bartender/waiter, Högni, convinced us to give Valaskálf another shot after 2:30 AM. We did. It was packed with highly inebriated folks who were seriously enjoying the live tunes courtesy of Dísel. If you feel like boozing and cover bands, this is your kind of place.

Lagarfljót: Driving along the southeast bank of the river toward Hengifoss is like being transported out of Iceland. There are so many trees! The undulating terrain and winding road skirting the waterside is a gorgeous half-hour drive and the waterfall at the end is beautiful. Drive back to town on the gravel road on the northwest side of the river for strikingly different scenery and for picturesque stops at a rocky monument to Jóhann Magnús Bjarnason and a house covered in sod.

Seyðisfjörður: Driving across Seyðisfjarðavegur is a treat in itself, offering magnificent sweeping views over Egilsstaðir and the surrounding area and bringing you face to face with some seriously impressive waterfalls – Gljúfurfoss is the most epic, but Gufufoss and all the other shoestring thin mountainside fossar are stunningly beautiful. So beautiful, in fact, that the thirty-minute drive was stretched out to nearly two-hours on account of all of the photo shoots. In Seyðisfjörður pay a visit to the Skaftfell Gallery and Bistro for some scrumptious pizza (they have other things on the menu, but the pizza was delectable) and some art. 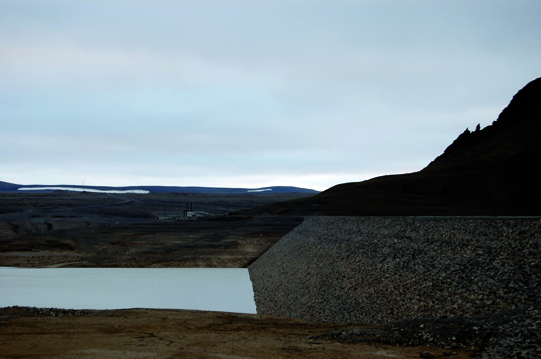 Kárahnjúkar Dam Project: The infamous hydroelectric project is a mere hour from Egilsstaðir so do yourself a favour and check it out. The drive over the highlands, marked every so often with rows of electrical towers that go on for infinity and disappear at the horizon, is stunning and sad all at once. The dam that we saw, one of three comprising the project, was shocking – lush green valley to one side and depressing grey dirty flooded death to the other.
So yeah, go to the East and have a good time!